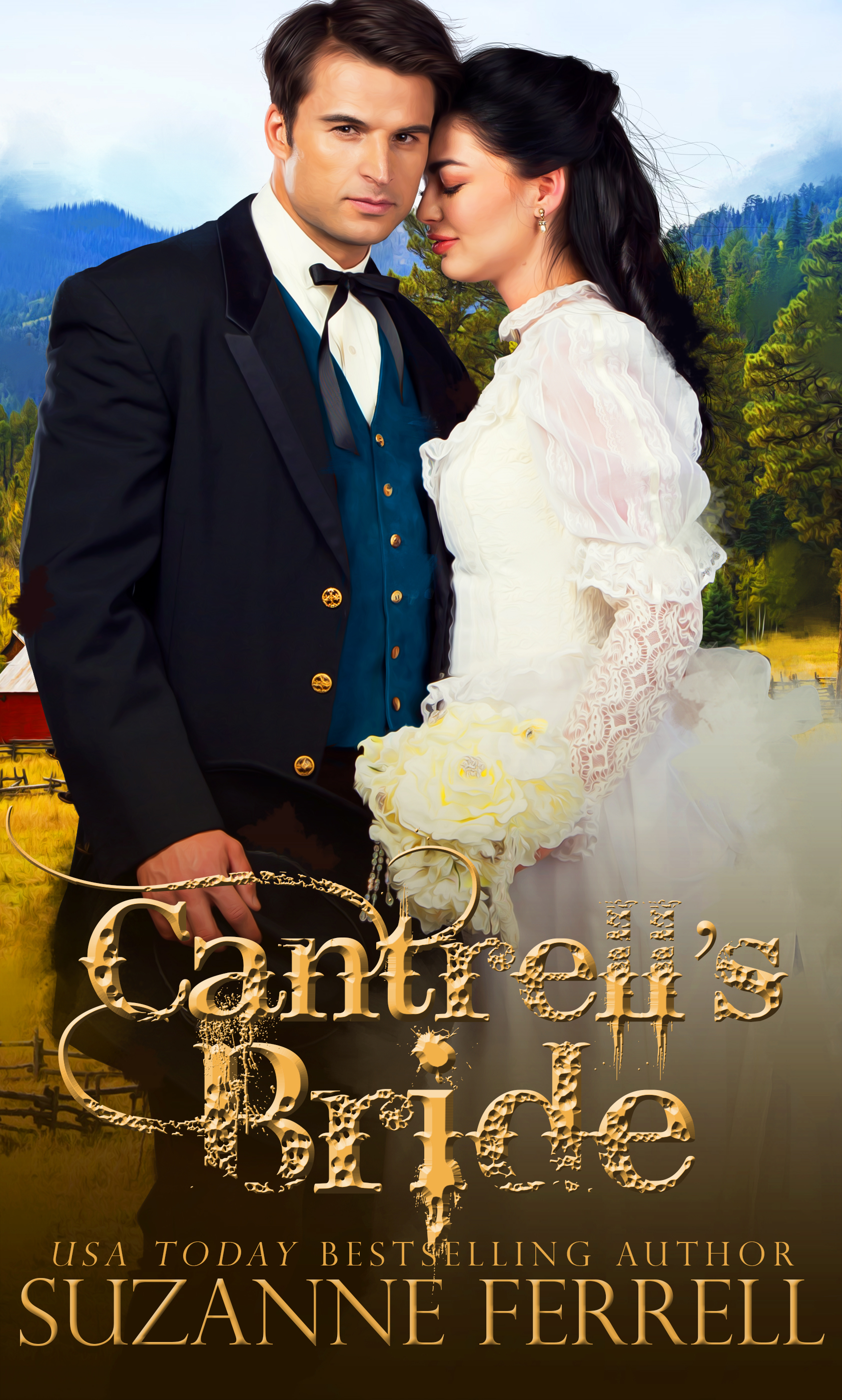 Cantrell’s Bride is a mail-order bride historical romance set in 1881. I’ve always loved history and mail-order bride books. When I started writing this book, my first ever, I had a dilemma. What would make a woman leave her home in the eastern United States and travel to the west on her own and marry a complete stranger? What if she was in danger? What if…she witnessed a murder? What if the murderer was after her?

So, on my very first attempt at writing a romance, I took a tried-and-true trope and gave it a twist. Most of my writing career, I’ve been writing for over 20 years and have 18 books published, has been a series of “what the hell” moments. It’s how I ended up an Indie author and a romantic suspense author in both contemporary and historical settings.

This book was not my first one published. It took many edits and learning the craft of story telling to make it publishable, but I loved, loved, loved the characters and the story, believed in it so much, that I kept working on it between other books until it finally got published. Originally, it was part of Ellora’s Cave’s Blush line of non-erotica romances. When I got the rights back, I was already Indie published with my contemporaries, so it was natural to put the book back out on my own.

I learned a few things about myself while writing this book. First, I’m a pantser, although at the time I didn’t know there was such a thing. Despite all the classes I’ve had since this book and all the plotting seminars I’ve sat though, I don’t plot. I start with an idea, character or pivotal scene and build the story from there. Occasionally the biggest plot point doesn’t show up until near the end of the book like in my contemporary romantic suspense, EXPOSED. I’m also a very linear writer. I prefer to start at the beginning and write straight through to the end.

Readers will discover that one thing runs true in all my books, be they contemporary or historical, the characters will keep you wanting more.

Spinster librarian Laura Melborne is in danger.  She’s the only witness to the murder of a senator—an act that someone has helped the assassin cover up—and the murderer knows her name and is hunting her. Desperate to flee the area, she agrees to become a mail-order bride.

The last thing Nathan Cantrell wants is a new wife, especially one with secrets. What he needs is someone bound to stay on his Colorado farm to help care for his daughter, a child who has limited contact with the world around her. For his daughter’s sake, he advertises for a mail-order bride.

Nathan is surprised to be tempted by the woman who arrives as his wife and wants to send her back East. Laura’s ability to care for his daughter prevents him from sending her packing. Soon their marriage is more than a one in name only, but the secret from her past threatens not only their tentative union, but their very lives.

Other works by Suzanne Ferrell:

The Westen Series: Small-Town Romance with Suspense: Close To Home, Close To The Edge, Close To The Fire, Close To Danger and Close to the Heart and the 3 novella bundle, Christmas Comes To Westen

USA Today bestselling author, Suzanne Ferrell discovered romance novels in her aunt’s hidden stash one summer as a teenager. From that moment on she knew two things: she loved romance stories and someday she’d be writing her own. Her love for romances has only grown since then. It took her a number of years and a secondary career as a nurse to finally start writing her own stories. Suzanne’s sexy stories, whether they are her on the edge of your seat romantic suspense or the heartwarming small-town stories or historical suspense books, will keep you thinking about her characters long after their Happy Ever After is achieved.

You can Find Suz at: