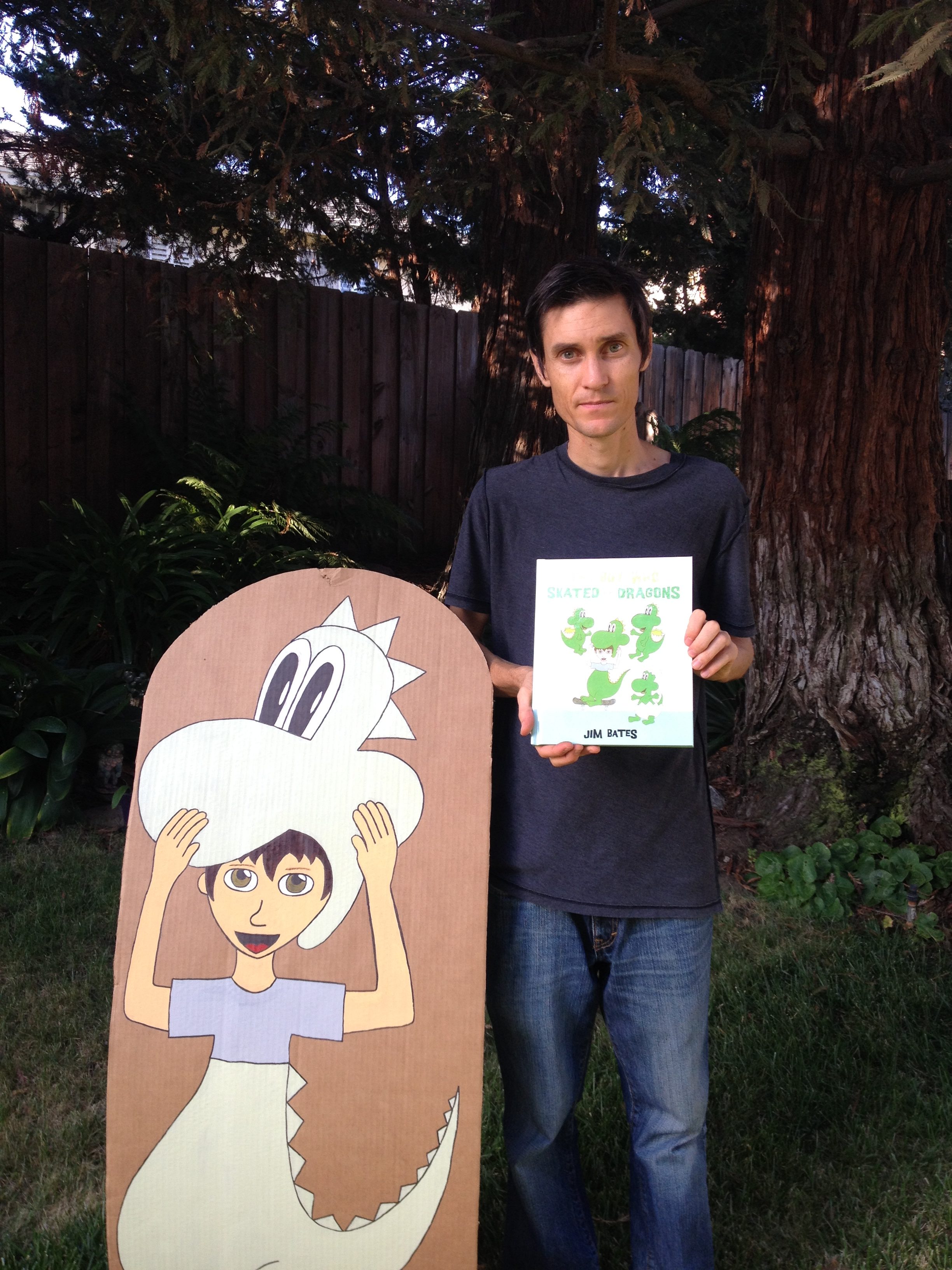 The Boy Who Skated with Dragons is a children’s book written by Jim Bates. Published in 2014, the book contains illustrations by the author as well. The book is about a shy boy and his dragon friends. It’s a story about a kid who is afraid to be out in the world and has trouble making new friends. In the end, he is able to overcome his fear and anxieties and discovers his own dreams in life and pursues it.

The story begins with a timid boy who is not very keen on talking to other people. He also has a hard time making friends with other kids. However, the boy has a very creative imagination. He began imagining dragons as his friends. He spends his time imagining himself in the company of dragons. However, he still feels alone because he knows deep inside that this is not real. He feels empty and would really want to have real friends, especially after seeing other kids play together in the park. Eventually, the boy discovers skateboarding and fell in love with it. With practice, he masters the skateboard and finds fulfillment and excitement riding the skateboard. He begins to open up to others and make friends. He realized that this is so much better than his fake dragons. In the end, the boy used his skateboarding skills to teach other kids how to gain confidence and to follow their dreams.

Jim Bates’ The Boy Who Skated with Dragons is a wonderful read. While there are so many illustrated books out there that deals with growing out of one’s shell and gaining confidence, this one is pretty unique. It deals with the childhood reality of creating imaginary friends as a means to cope up with anxiety and shyness. In a way, this book is able to successfully tell children that it is better to have real friends and to enjoy real activities with them. Lastly, Jim Bates inspires us to further pursue our dreams and not let anything stop us from getting better every time. Jim Bate’s The Boy Who Skated with Dragons is inspiring and so is Jim Bates. For that, his book is our Book of the Week.

Jim Bates is from Newbury Park, California. He is a professional skateboarder, an illustrator, and a children’s book author. He is a member of the Revolution skateboard team. His professional stint in skateboarding has led him to travel all around the globe for international skating events. He remains a prolific skateboarder and is a legend among young skaters. While skateboarding is his first love, Jim soon discovered his love for telling and creating illustrations. In 2014, Jim Bates published his first book, The Boy Who Skated with Dragons. The book allowed him to find his passion for teaching kids not only about skateboarding but also encouraging kids to chase their dreams as he once did. Today, Jim continues to inspire kids. He is also the author of another children’s book, The Adventures of Dex and James.