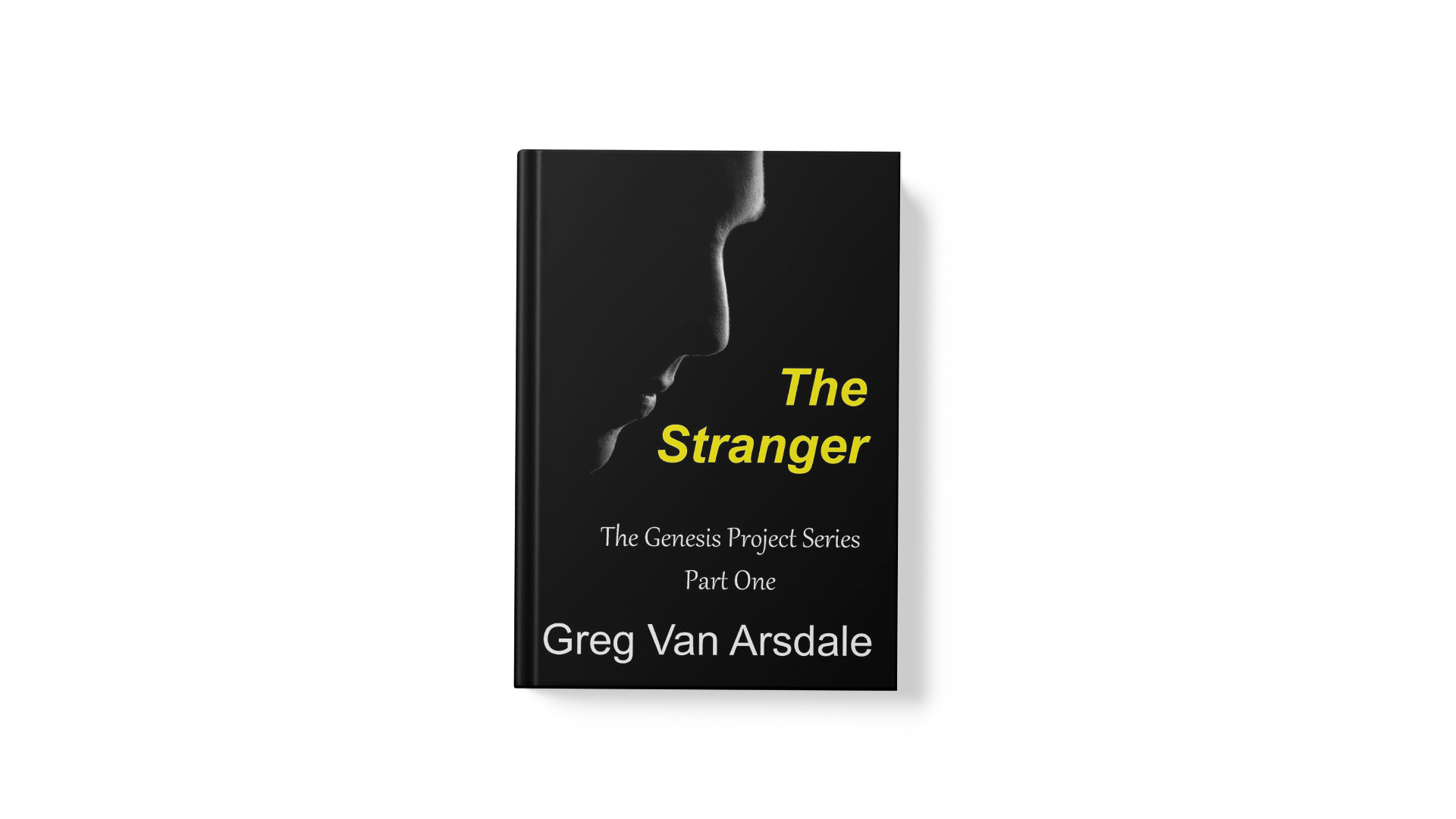 A thriller worthy of a movie adaptation

When Greg Van Arsdale isn’t writing about science and religion, he shows off his chops at writing thrillers, particularly science fiction. Well, he seems to be doing a good job so far, as he has published not only one novel but also a series of four books.

The Stranger is the first book in The Genesis Project Series and the author’s first (science fiction) thriller. The novel’s first title was Shadows of Creation, independently published in 2013. Only a few years after its first publication, Shadows of Creation was edited and updated and given a new title – The Stranger.

The book has expanded into a series of four books. The Stranger has been followed by New Beginnings (2017), End Game (2017, formerly titled The Sacrifice), and The Final Day (2019).

The Stranger by Greg Van Arsdale dazzles with a vibe similar to Babylon Babies (1999) by Maurice G. Dantec and Genome Hazard (2011) by ShiroTsukasaki and The Matrix film franchise, and abound with certain illusions and references to themes and motifs in similar media.

In The Stranger, John Neumann, who suffers from memory loss, runs for his life from a squad of armed militia, numbering about 50. He has no memory and no clue who they are or why they want him dead.

Only one man, Jack Logan, the leader of the mob, knows the truth. To Logan, Jack poses the only threat to his plans for world domination. He can also expose Logan’s drug operation and put him in prison for many years.

John Neumann, the stranger, winds up on the doorstep of Doctor Lazlow’s house. Doctor Lazlow is a semi-retired psychiatrist and inventor who unlocks part of Jack’s memory. They discover that the world they are living in is virtual – and it has been infected with a Doomsday virus that will destroy the planet in 40 days.

With the doctor’s help, John Neumann learns about his identity as the creator of the virtual world. This knowledge equips Jack to aid Doctor Lazlow in the completion of his secret project: a special computer that can elevate John’s consciousness to make contact Genesis Machine, the massive computer in the real world that generates the virtual planet.

To save millions of lives and avert Doomsday, John has to come into the world itself and reprogram the massive Genesis computer from the inside but at the expense of wiping his mind clean. He has just 40 days to regain the remainder of his memory – and 40 days to find the solution before the world explodes. His only option, however, may cost him his life.

Identity and vocation are the two predominant themes of The Stranger. In the protagonist John Neumann, these two are interconnected. By regaining his memory, he remembers not only his name but also his role as the creator of the computer-generated environment. As the climax builds up, the theme of vocation comes into play. The novel also introduces the readers to another theme, that is, the image of a savior as shown in both Doctor Lazlow and John (who transitions from “the stranger” to savior”).

The Stranger by Greg Van Arsdale is available on Amazon and the author’s website https://gregvanarsdale.com/books/

Greg attended Samford University on a physics scholarship. Heavily recruited by the Navy for his accomplishments, he became an officer instructor for the Naval Nuclear Power School in South Carolina. He rapidly rose through the ranks to Lieutenant Commander before resigning to become a training manager for Florida Power & Light Company (FPL) in West Palm Beach, Florida.

Through all this time, what he learned of Quantum Mechanics in school was, in part, wrong. He found the questions and dilemmas facing physics could be answered if one accepted that dark energy was a new form of non-atomic energy. He began work on his own theory and published The Dual Energy Concept. After this, he applied the proof of another energy realm to the Bible and revealed many unrecognized facts in his book, Beyond Mere Belief.

Since then, he has written in many genres ranging from the science fiction suspense thriller four-part saga The Genesis Project to the action-adventure series containing Hijacked on the Alaskan Seas, American Coup, and The Columbian Connection. He also penned the murder mystery The Priestly Murders. He is currently working on a time-travel romance novel Mystic Mist and the horror/mystery book The Missing.

Greg also has been a full-time book editor since 2003.