Book Feature: The Ladybug And The Bully Frog 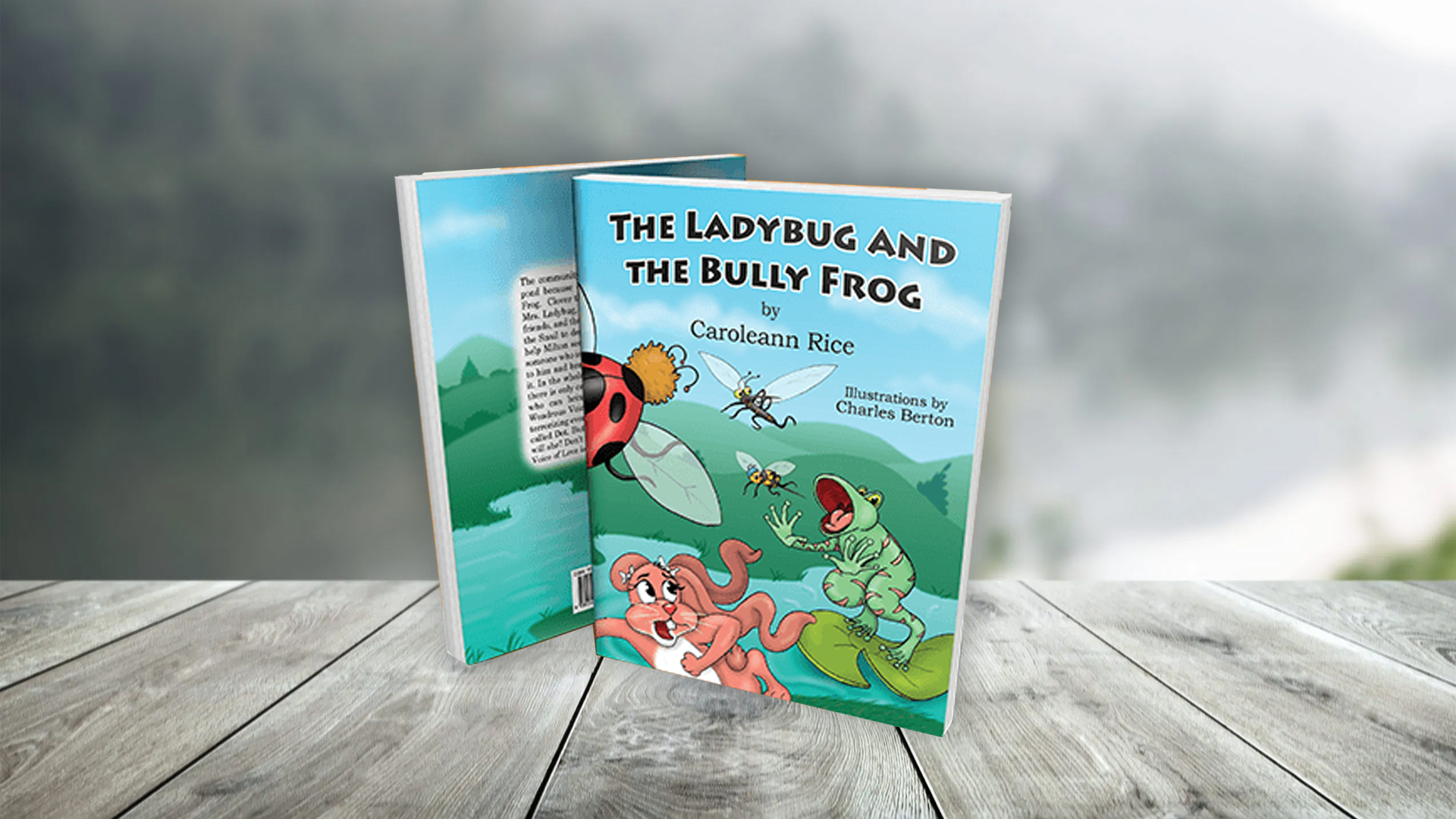 The Ladybug And The Bully Frog is a children’s illustrated book by Caroleann Rice.

The Ladybug And The Bully Frog

The Ladybug And The Bully Frog is a children’s picture book by Caroleann Rice. It was published in 2018 and is one of the two children’s books published by Rice. The Ladybug And The Bully Frog is her second book. The illustrations in this book are done by Charles Berton. Berton is known for his book illustrations including Mother Nature’s Gifts, Kitty Cat and Rotten Rat, Meeting My Brother, and the latest book by Coleen Perrone about the coronavirus pandemic- Children Are Heroes, Too.

The Ladybug And The Bully Frog follows a community of animals living in the pond. They all share the pond and are friends with everybody. However, Clover the Rabbit calls on Mrs.Ladybug for help one day. Mrs. Ladybug is known as “Dot” to her friends and one of the animals they turn to whenever there’s a problem. According to Clover, their friends cannot play at the pond because of Milton the Frog. Milton the Frog is a known bully. Dot’s friends think that the only way to make Milton realize that he is being mean is to seek the wisdom of Solomon the Snail. They also need someone who can fly over the water to Milton and face him by bringing the news of the Mighty Wondrous Voice of Love. Among all the animals in the neighborhood, it is only the tiny ladybug who can do both. They look up to Dot to help them end this bullying by Milton. The question is, will she do it? Can she do it alone? Only the ladybug with the Mighty Wondrous Voice of Love knows.

Before publishing The Ladybug And The Bully Frog in 2018, Caroleann Rice released her first book a year before. The book is entitled The Song of Solomon the Snail. It is a story about a young snail that grew up to be among the wisest animals in the neighborhood. His friends often go to him for advice or answers to questions. Solomon actually has a friend with him he consults on everything. That friend is the Mighty Wondrous Voice of Love.

Caroleann Rice is a children’s book author, a chaplain, and a mother of two. His children Kevin and Colleen are both grown. She is also grandmother to her daughter’s twin Madison and Paige. Widowed at the age of thirty-three, Caroleann raised her children as a single mom. After losing her husband, she turned her interest in raising her family and learning new things which helped her become a better person.

Caroleann now enjoys writing, having published two children’s books The Song of Solomon the Snail and The Ladybug And The Bully Frog. Caroleann enjoys the process of writing- making characters come alive to share a message of overcoming challenges and struggles. Caroleann’s life journey has led her to overcome many challenges. Currently, Caroleann loves spending time with her family and her various interest which includes music, traveling, cooking, and of course, her most recent hobby- writing children’s books.