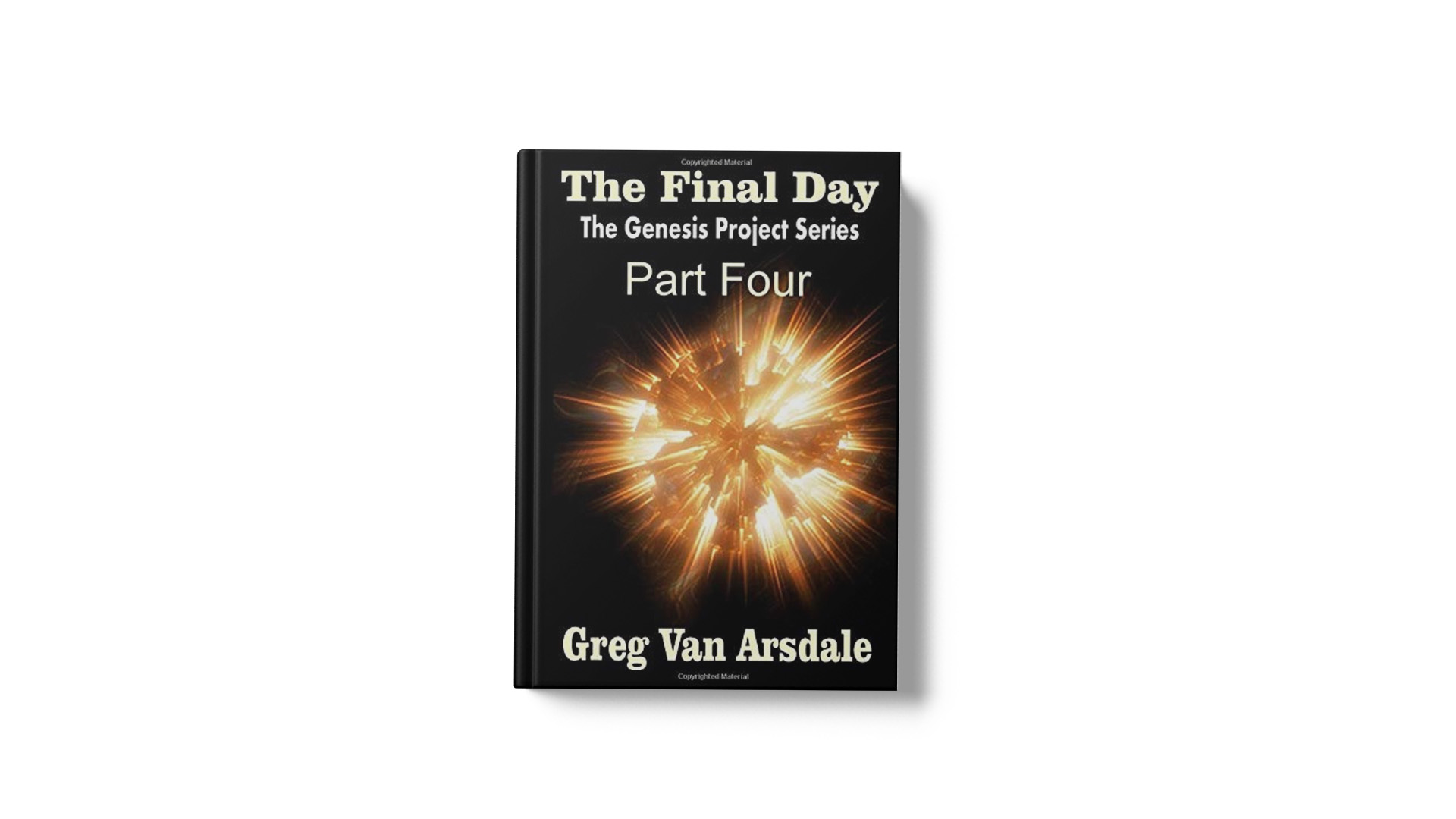 An ending with a bang!

After three books, Greg Van Arsdale’s science-fiction book series The Genesis Project will come to an end. This action thriller book series will be ending with a lot of explosiveness that no one would expect to occur. The last book of the series The Final Day will tighten all loose ends, to sum up, the best thrilling conclusion there could be. An exciting conclusion that will make readers crave for more.

The storyline of the Final Day by Greg Van Arsdale will take place ten years later following the end of the End Game, the third book. This still follows the life of John Neumman, the creator of the Genesis Machine, and the founder of an empire. David, John Neumann’s son who lives in the virtual world, was now a young man who has unbeknownst power. Unlike the people living on the virtual planet, David’s soul and spirit are real and are intimately connected to the Genesis Machine.

In part three of the series, Jack Lokitus’ spirit was given to Logan’s soul in the virtual world. Logan was an exact clone of Lokitus making them one and the same. Continuing where the last book ended, Lucia, Jack’s sister, is trying to free her brother from his duress in the Genesis Machine back in the real world. However, for her plan to work, she must first kill Mike LeGuerre who is John’s Director of Security. And only then will she be able to capture the main character, John Neumann, in order to steal his soul for Jack to use. Meanwhile, in the virtual world, Jack Logan was released from prison and his obsession with killing David began. This complex has triggered a chain of events that brought disaster to the virtual world. David organizes the remaining real souls the best he can. Little do they know, John Neumann was merely watching from above waiting for the right moment to strike.

Part four of The Genesis Project series will present a narrative on the end times of the world from the perspective of both the virtual and real world. The Final Day will narrate how the Genesis Machine seized to hum and vibrate and what came to be with John Neumann’s worst enemy, Jack Lokitus.

Author and full-time editor, Greg Van Arsdale, was born in Denton, Texas, and later moved to South Florida in 1972. He earned a physics scholarship at Samford University and graduated with honors. He was highly recruited by the Naval Nuclear Power School and was able to teach nuclear physics and other courses for a number of years. In 1981, He served in the US Navy. Van Arsdale was a training manager and later on a senior project manager that specializes in computer systems creation at the Florida Power and Light located in Palm Beach, Florida.

In 1983, Greg Van Arsdale started his writing career. He was writing several books before he pursued editing the works of other people. For more than 35 years, he has netted broad literary knowledge from seminars, college, and instructor-led courses. He has been working as a freelance editor and has accumulated over 30 years of experience in the art of editing books of various genres. His work does not only focus on editing manuscripts but also on educating authors to become better writers.

Currently, Van Arsdale stills write even in between working with clients. He has published multiple books of varying genres such as non-fiction, fiction, and action-thriller. He has published twelve books in total during the entirety of his writing career. And his latest work is Alina’s Revenge.