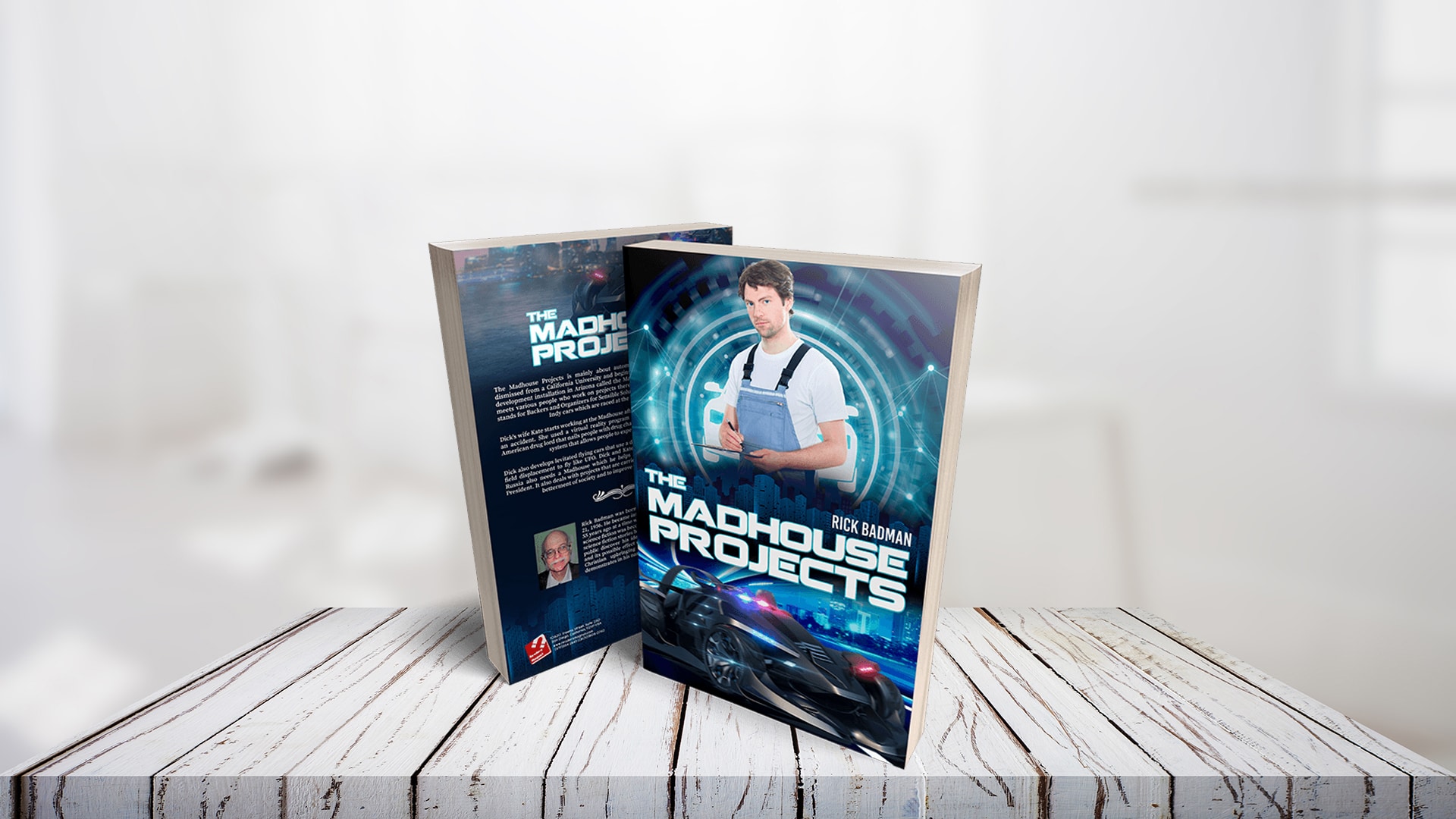 The Madhouse Projects is a near-future science fiction novel by Rick Badman.

Published in 2002, The Madhouse Projects is a near-future sci-fi novel set between the years 2036 and 2037. It follows the story of a good-hearted automotive engineer Dick Thurman. After was dismissed from the University of California in San Francisco, Thurman was hired by a shady organization called the BOSS. The BOSS stands for Backers and Organizers for Sensible Solutions. Thurman began working for the boss in an underground research and development installation located in Arizona. The area is aptly named the Madhouse because of all the things happening there.

The Madhouse is designed to develop things that will help the world a better place. The various departments design and test inventions that can be used to improve humanity. Dick is assigned to head the automotive technology department. This allows Dick to pursue his plan to build flying cars. Dick hopes to build a flywheel-powered electric car that he can drive at the Indy 500.

Not long after, Dick’s wife Karen starts working at the Madhouse where she develops her own inventions. She created a virtual reality program that they used to extract information from a South American drug lord named Hector Castillia. Karen also came up with a vaping system that somehow allows users to experience pleasant “mind trips”.

While the Madhouse and their inventions significantly help build a better world for humanity, there is opposition from those who profit and benefit from the current set up.

The Madhouse Projects presents to us a sensible sci-fi fiction that we haven’t seen in many years now. Its plot, although futuristic, is something we can grasp, and even hope for. It tackles the issue of science and technology being at the forefront in the advancement of human civilization. Rick Badman’s narrative features technology and developments that are currently underway. True to near-future sci-fi traditions, the projects in the novel The Madhouse Projects could happen in our time. The setting is also something we can relate to. The progress of science is fast and dynamic and full of surprises. Today, we are seeing science and technology at the head of the race to save humanity. From developing vaccines to new detecting machines and trace programs, science proves to be humanity’s hope still.

Overall, Rick Badman’s The Madhouse Projects is a worthwhile read. If you are a fan of classic near-future narratives, then you will definitely enjoy the book.

To know more about Rick Badman and his works, grab a copy of The Madhouse Projects and visit his website today.

Rick Badman was born on March 21, 1956, in the city of Warsaw, Indiana. His interest in science fiction began 55 years ago. Rick started writing plays when he was still in fourth grade. It was in 8th grade that Rick began penning sci-fi stories. Most of his stories were inspired by television shows and other science fiction books. As a kid, he had dreamed of one day sharing his stories and ideas about futuristic technology and how it can change the world. Rick Badman finally published his first novel in 2002, The Madhouse Projects. His second book, The Russian Madhouse was published last year. Rick Badman is a Christian.