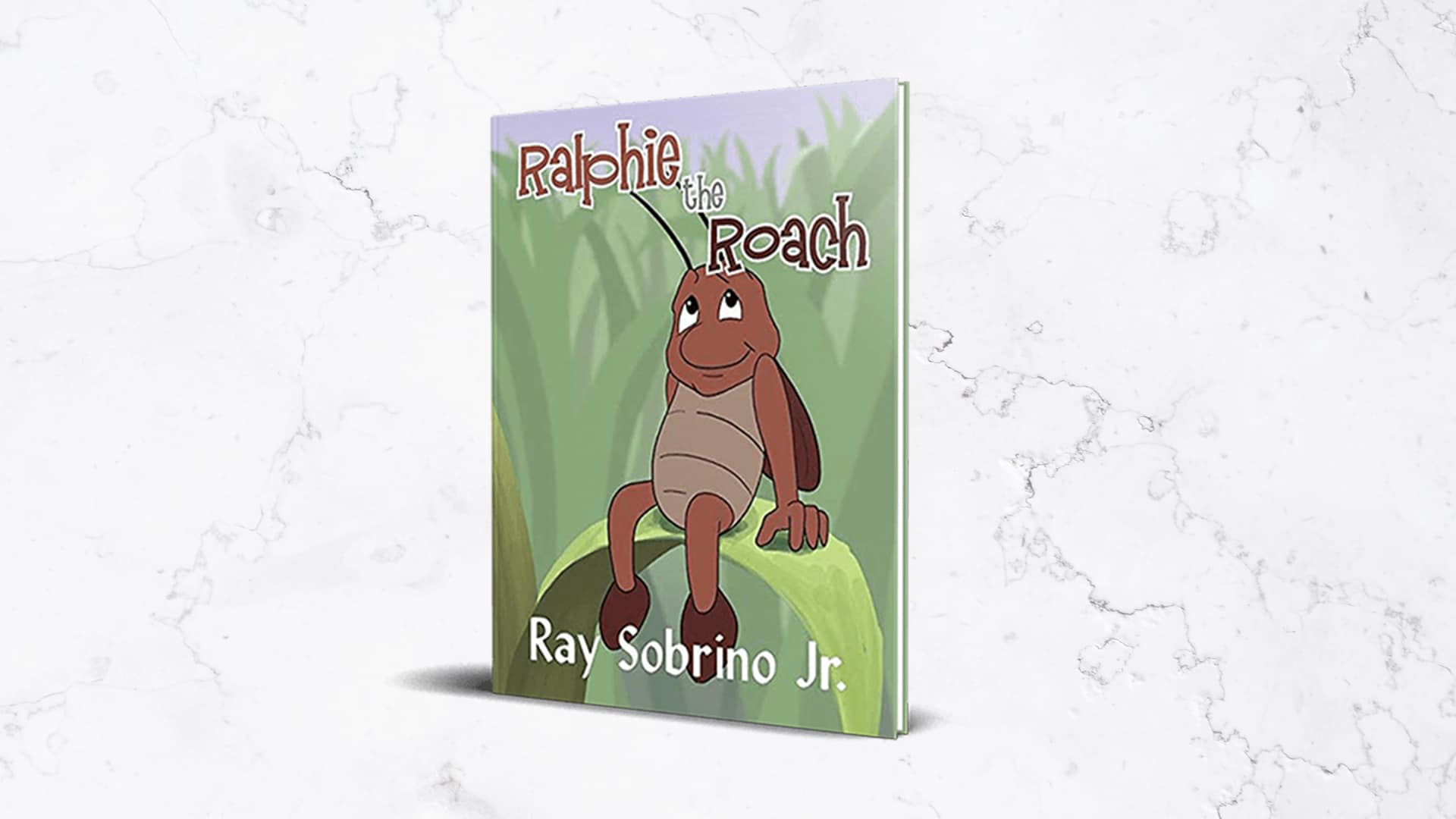 Ralphie the Roach by Ray Sobrino Jr. is a children’s book that tackles bullying.

We love children’s books not only because of its simple narratives and wonderfully illustrated images. More than that, we value the lessons that they provide, not only to young children but even to readers of all ages. Children’s books are timeless because the moral lessons they tackle are constantly relevant to our lives. Values like honesty, integrity, and kindness to one another are mostly what children’s books promote. For author Ray Sobrino Jr., children’s books can also be used to educate young readers about some issues that they might encounter later in life. Ray Sobrino’s illustrated book tackles social realities, as well as the values needed for children to understand about these said issues. Ralphi the Roach is not an ordinary children’s book. It tackles the issue of prejudice and bullying among children. Let’s take a closer look.

Before we take a closer look at Sobrino Jr.’s Ralphie the Roach, let us first define bullying. According to https://www.stopbullying.gov/,

“Bullying is unwanted, aggressive behavior among school-aged children that involves a real or perceived power imbalance. The behavior is repeated, or has the potential to be repeated, over time. Both kids who are bullied and who bully others may have serious, lasting problems.

In order to be considered bullying, the behavior must be aggressive and include:

Bullying includes actions such as making threats, spreading rumors, attacking someone physically or verbally, and excluding someone from a group on purpose.”

While bullying can happen to anyone and anywhere including public places, neighborhoods, diners, streets, or even in even workplaces, it is most rampant in schools where children see each other 5 times a week. In America, one in every four students is suffering from bullying each year. Despite measures and petitions stop bullying, there is still a great need to educate people, especially the young ones about the serious effects of bullying. Lectures and reading materials greatly help in spreading awareness.

Ralphie the Roach is a children’s illustrated book by Ray Sobrino Jr. It was published in October 2017. It Ray Sobrino’s first book, and one of two children’s books he has published so far. Ralphie the Roach follows the story of a cockroach named Ralphie whom other insects look down because they think he is ugly and dirty. Like most cockroaches, Ralphie and his family live a dark and greasy spot. One day, Ralphie went home crying to his parents. A big bug named Henry is always mean to Ralphie and this time he told Ralphie that no one likes him because he is ugly and unpleasant. Furthermore, he tells him that other insects prefer to be around bees because they smell pleasant and spend most of their time around flowers. To comfort Ralphie, his parents explained to him that not all are the same, and they are unique in their own way. They also advised Ralphie on how to treat mean bullies such as the likes of Henry. They taught him to still treat them nice despite their unpleasant attitude.

Other Books by Ray Sobrino Jr.

Charlie the Click Bug is Ray Sobrino Jr.’s second book and one of the two children’s books to his name. The book follows the story of a click bug named Charlie, who has epilepsy. Those who have epilepsy suffer from involuntary and sudden jerks. The story centers on Charlie’s condition and how si condition is being managed by his parents. Charlie’s parents try their best to assist Charlie for him to live normally and fit with the other bugs in their community. Charlie the Click Bug is a brilliant way to make young readers understand about the medical condition called epilepsy. The story of Charlie also teaches young kids the value of tolerance, consideration, and sympathy. For children with epilepsy, the book is a great inspiration for them to strive and pursue a normal life just like other children.

Esther and the Revolution

Esther and the Revolution is different from the two books that Ray Sobrino Jr. has published. It is a full-length novel and a work of historical fiction. It follows the story of a woman named Esther who journeys to the border to escape her war-torn country of Mexico. Sobrino incorporates Mexico’s civil war and some of the prominent figures of Mexico’s history. This is Ray Sobrino’s first full-length book.

Ray Sobrino Jr. was born in Long Beach, California. He holds a degree in English Literature from California Lutheran University. Sobrino Jr. currently lives in Newbury Park, California. He has three children. When not writing or busy with his business, Ray spends his time taking photos of cities and nature.