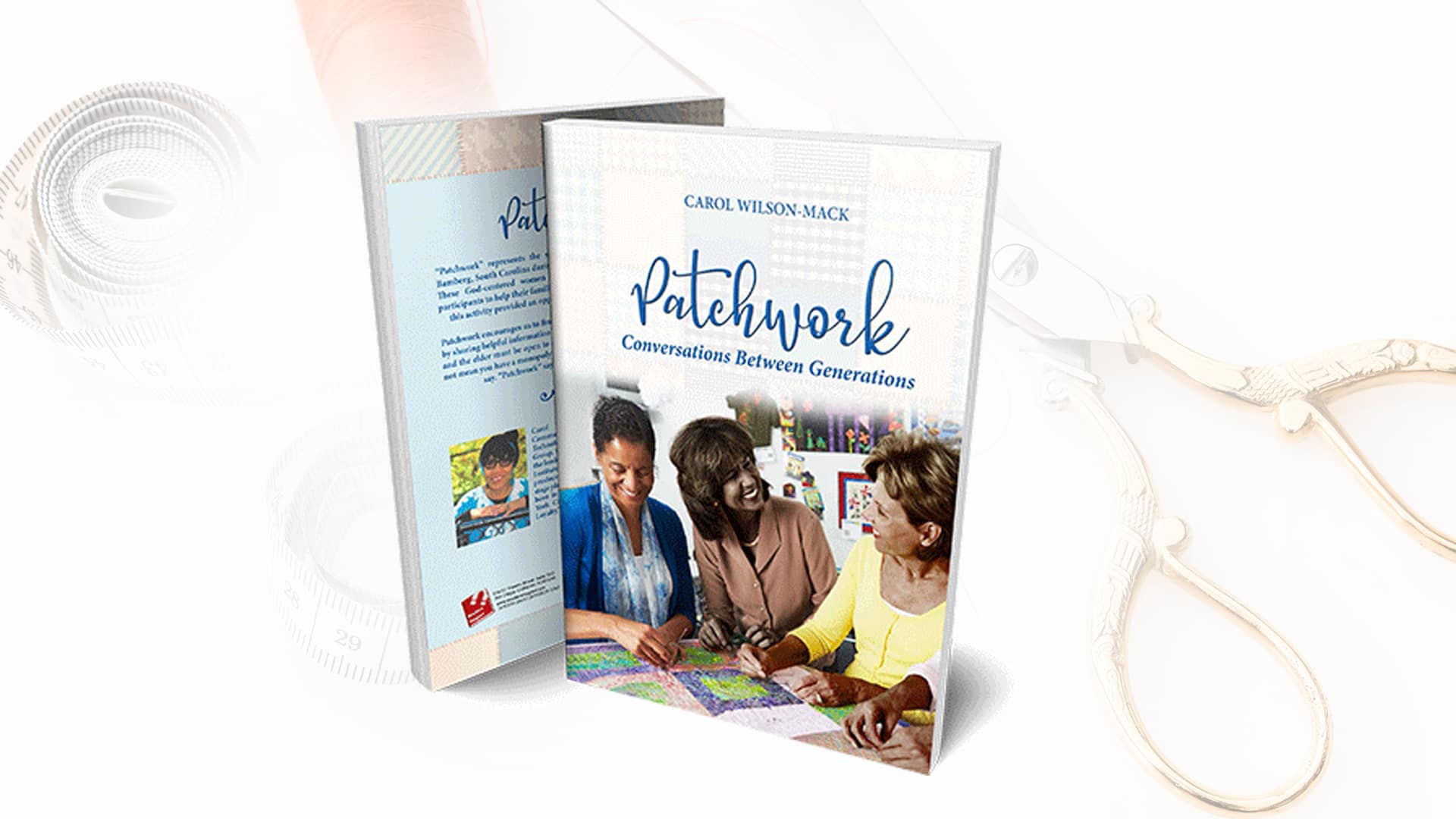 Patchwork: Conversations Between Generations is an inspiring book by Carol Wilson-Mack.

Tradition is important in every community. A tradition can be a daily activity, a date everyone looks back to, or a belief that we hold on to since generations before us. That said, traditions passed from one generation to another is crucial not only in passing down of certain knowledge, belief, or practice, but in also fostering healthy relationship, understanding, and in strengthening the bonds that connect us, that unite us. One book by Carol Wilson-Mack tackles the importance of tradition and coming together of generations. Patchwork by Wilson-Mack is about a group of women from different generations who through their love of quilting has come to build a tradition where stories and wisdom are shared by one another.

Patchwork is the latest book by author Carol Wilson-Mack. It is her second book after Fan Loyalty which was published seven years ago. The 96-page book contains a collection of stories and conversations that take about culture, sharing, and being part of a long-held tradition of a community. According to Wilson-Mack, Patchwork represents the lives of women living in rural Bamberg, South Carolina, and their stories. The narratives cover the period between 1939 to 1959. These God-centered women built a community where participants can help their families. Quilting gathered the women together, became their main activity. Throughout time, it also became a platform for them to share their stories with other women. Quilting also became an activity for women of different ages. Young and older women bond together and it became a sort of tradition in their small community.

Patchwork: Conversations Between Generations is a book that inspires us to appreciate other generations, whether those ahead of us or younger than ours. Too often we see gaps between generations as the source of misunderstanding, and even animosity in our society. By bringing the gap, by sharing stories and experiences, we might be able to produce an atmosphere of tolerance, appreciation, consideration, and unity.

Carol Wilson-Mack’s Patchwork is a heart-warming narrative where different generations come together and do something productive not only for themselves but also for their families and for their community. It also reminds us that beautiful things happen when both older and younger generations share their ideas and thoughts with one another. Patchwork allows us to see the power of conversation and coming together. It teaches us that what we need today, more than anything, is caring for one another. And we can only do that if we allow ourselves to part of a common goal, if we listen to what others have to say, and if we offer ourselves to others

To know more about Carol Wilson-Mack and her book Patchwork, grab a copy of the book and visit her website today.

Carol Wilson-Mack is from Bronx, New York. She has a Master’s Degree in Communication Arts from New York Institute of Technology. Wilson-Mack completed her Doctoral Study in Divinity in 2016 under Dr. Arthur Belanger with the Open Bible Institute and Theology Seminary. Carol Wilson-Mack is also a graduate of The Long Ridge Writer’s Group, the famous institute for writers. As a writer, Wilson-Mack has produced several scripts for plays and film. Some of her works have been in production in Newark, N.J., Baldwin, New York City, and Bronx, N.Y. Carol Wilson-Mack is also the author of another book, Fan Loyalty which was published in 2013. The book is a tribute to the late Brook Benton, an American singer, and songwriter.