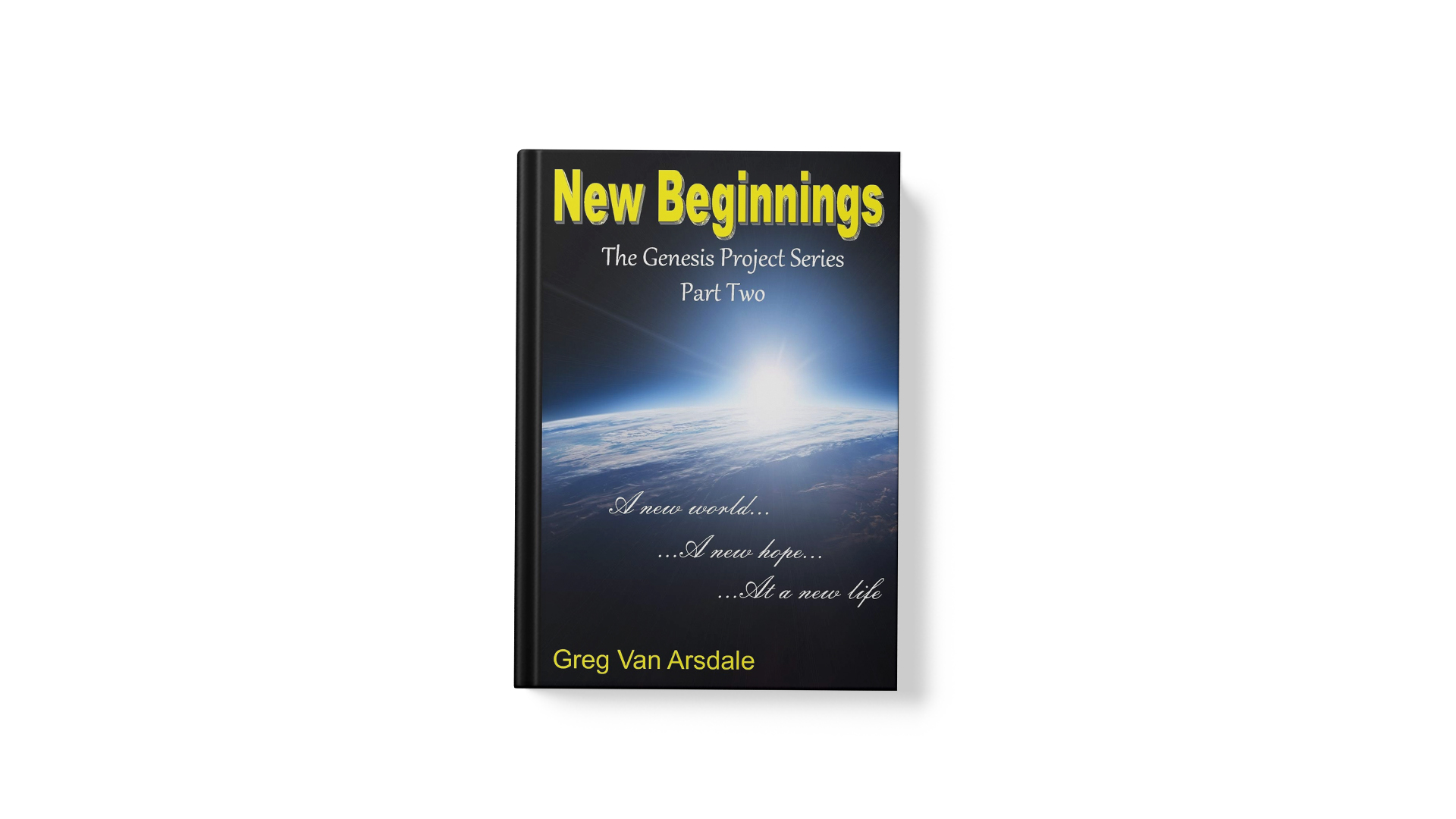 A worthy sequel to its predecessor!

In New Beginnings, John Neumann’s consciousness pushes through the ethereal light barrier and into the real world. Having regained his memory, he recalls the beginning of the Genesis Project. From the start, the vice president of VRTechnologies, Jack Lokitus, and John’s wife, Judith Neumann, are both against the project. John spends a massive amount building the Genesis Machine, a colossal computer that will create the virtual world on the ethereal plane. However, his efforts have put VRTechnologies near bankruptcy.

Lokitus and Judith, who have been lovers behind John’s back, plot to discredit John and expose his alleged embezzlement at the board meeting so Lokitus can force a takeover of John’s empire. However, the coup fails when John demonstrates a mere fraction of the Genesis Machine’s power. John then fires Lokitus and a third of the board members. Enraged, Lokitustargets the board members and anyone who knows of the Genesis Machine. Judith, who has been cast aside by Lokitus, plots to take over John’s empire by killing him.

Tension and suspense build as the board members are found dead and Lokitus frames John for their deaths. John leaves Judith after he discovers her affair and her role in the murder plots. Finally, John initiates the creation sequence and the new world comes to life. Over the years, he inserts millions of people who are crippled, diseased, or dying and gives them new hope and a new lease on life – new beginnings.

The main crisis occurs when a member of John’s inner circle betrays him and joins forces with Lokitus. They insert a Doomsday virus into the Genesis Machine that corrupts not only the ethereal matrix on which the world is built but also the spirits of everyone John inserted. Lokitus gains the upper hand in his vendetta against John as he holds over a million people hostage. He demands that John relinquish his business empire or he detonates the planet.

John refuses to give up the awesome power of the Genesis Machine. There is only one thing to do. John presents his plan to his trusted crew. It is near suicidal, but he has to go inside the Genesis world to initiate new programming – and then perform one final act.

New Beginnings by Greg Van Arsdale is available on Amazon and the author’s website https://gregvanarsdale.com/books/

Greg attended Samford University on a physics scholarship. Heavily recruited by the Navy for his accomplishments, he became an officer instructor for the Naval Nuclear Power School in South Carolina. He rapidly rose through the ranks to Lieutenant Commander before resigning to become a training manager for Florida Power & Light Company (FPL) in West Palm Beach, Florida.

Through all this time, what he learned of Quantum Mechanics in school was, in part, wrong. He found the questions and dilemmas facing physics could be answered if one accepted that dark energy was a new form of non-atomic energy. He began work on his own theory and published The Dual Energy Concept. After this, he applied the proof of another energy realm to the Bible and revealed many heretofore unrecognized facts in his book, Beyond Mere Belief.

Greg has been a professional writer and editor since 2003, helping others while finding time to publish notable works. He has written in many genres ranging from the science fiction suspense thriller four-part saga The Genesis Project to the action-adventure series The Chuck and Lisa Series(consisting of three books to date). He also penned the murder mystery The Priestly Murders. He is currently working on a time-travel romance novel Mystic Mist and the horror/mystery book The Missing.