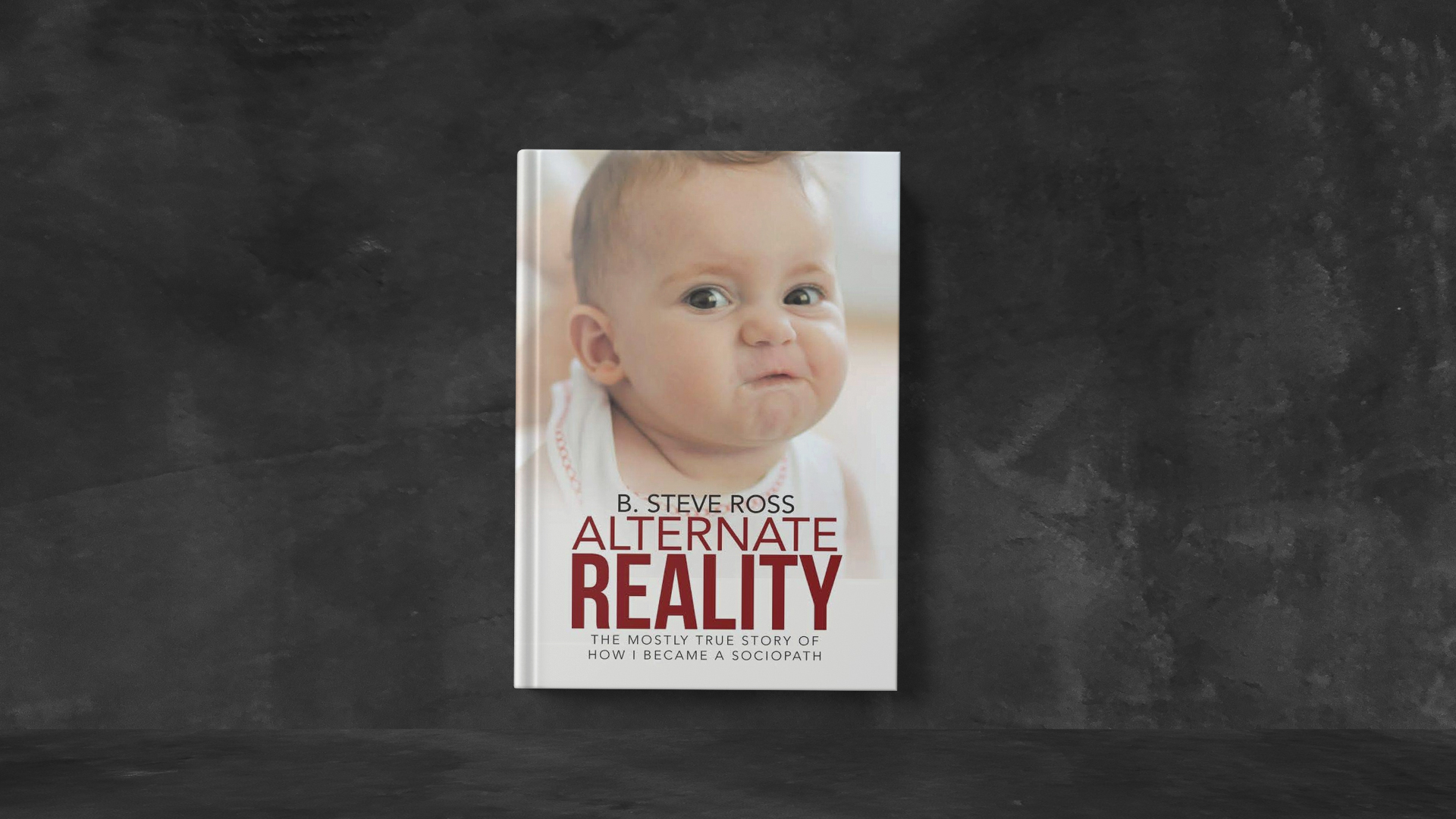 Alternate Reality is a comical memoir by B. Steve Ross.

Whenever we hear the word ‘sociopath’, negative images almost always come to mind. Oftentimes, the word is even associated with another dark word- a psychopath. And this is a very huge misunderstanding as these to term are not one and the same. A sociopath is someone who has a personality disorder often characterized by a lack of empathy, antisocial attitudes, and lack of conscience. But it does not necessarily mean they are violent or drawn to hurting others.

A sociopath is a term used to describe someone who has an antisocial personality disorder (ASPD). People with ASPD can’t understand others’ feelings. They’ll often break rules or make impulsive decisions without feeling guilty for the harm they cause.

People with ASPD may also use “mind games” to control friends, family members, co-workers, and even strangers. They may also be perceived as charismatic or charming.

Alternate Reality: The Mostly True Story of How I Became a Sociopath or A Comical Look at My Messed Up Life

Published in 2017, Alternate Reality by B. Steve Ross is a memoir that chronicles his journey to becoming a sociopath. In his book, he details his childhood and the troubled home from which he came. Ross reveals how he came to live with his condition for decades and provides a first-hand account of how it’s like to be a sociopath. Alternate Reality also features information about his condition that we seldom read about. Ross also provides tips on how to spot people that are sociopaths, and how to interact with them if ever they encounter one.

“Hi, this is Joyce. You called about one hour ago for Larry.” Responses

from the other end are not known. “Larry says he has no idea who you

are. You may have the wrong Larry. What does your Larry look like?”

The girl describes me. “Oh. That’s Steve Ross. He is a jackass. He gives girls fake names and phone numbers all the time so you can’t find him if he gets you pregnant. His real phone number is ###-###-####. You should give him a call.” The girl never called me, and Larry was never allowed to do anything if I was involved. There was a different reason I would give fake names and phone numbers that had nothing to do with dodging pregnancy and everything to do with how I became a sociopath.

(excerpt from the book Alternate Reality)

Overall, Alternate Reality is more than just a comical memoir of one man with an antisocial personality disorder. It is a remarkable document that allows us to get a closer look at the world of sociopaths and allow us to better understand their condition. Through B. Steve Ross’ comical narratives, we also understand that people with this type of condition are not necessarily dark and violent. We learn that they are also human with experiences that are not entirely dissimilar to what we go through. Although they may lack empathy, conscience, and other elements that most of us possess, nonetheless, they are human and very much capable of enjoying life as much as we do. B. Steve Ross’s Alternate Reality is a funny yet enlightening read.

About the B. Steve Ross

Steve Ross was born and raised in the Appalachian Mountains. His father died when he was only 7 years old. Their mother had to care for all 9 of them by herself. Ross’s childhood greatly contributed to him becoming a sociopath. However, despite the condition and being a severe dyslexic, Steve Ross rose to become a Master Electrician and served more than eight years in the US Navy as a Nuclear Power Electrician. Steve Ross is married and with 2 children. He is also active in community youth programs.