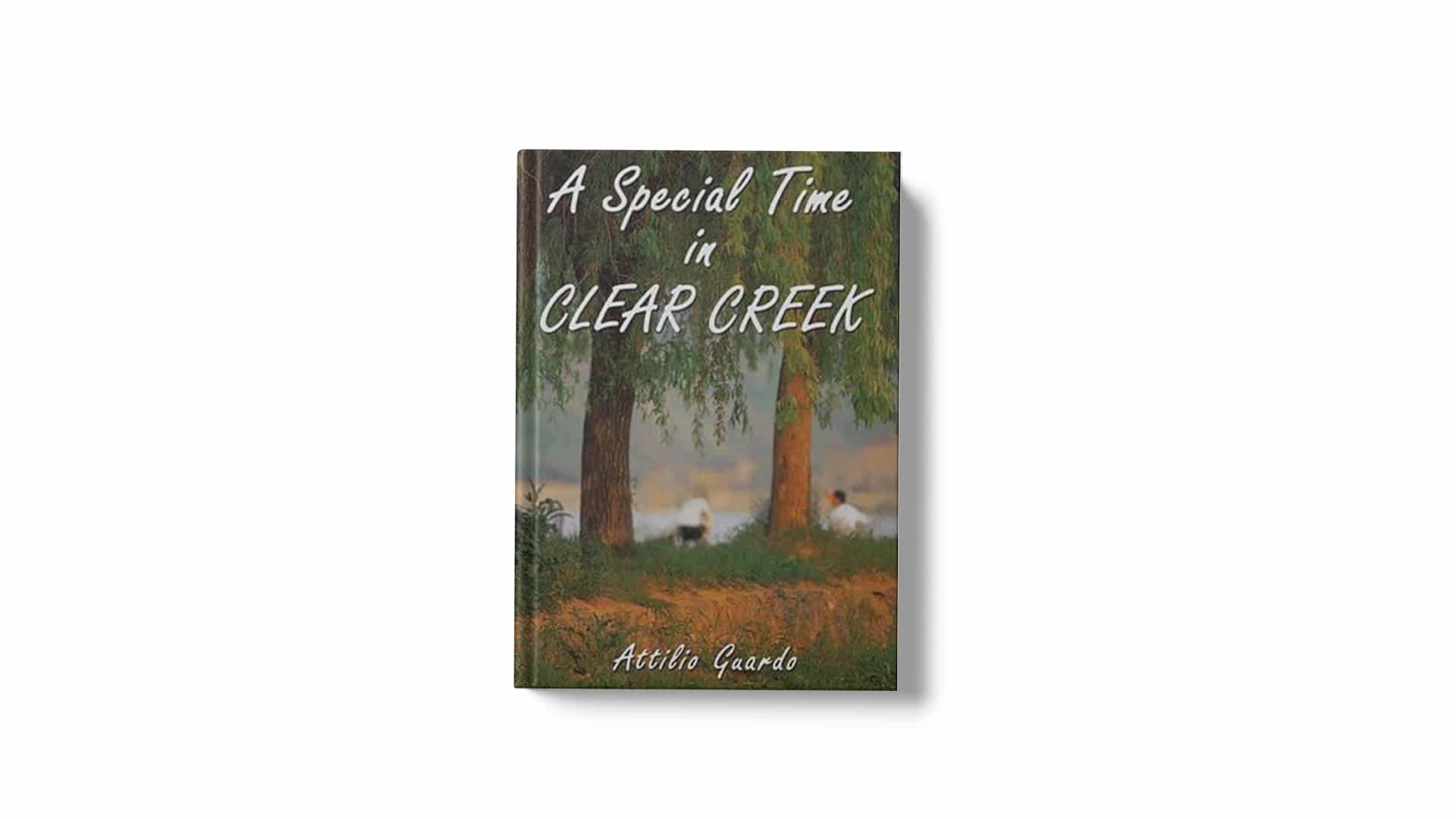 A Special Time in Clear Creek is a young adult novel by Attilio Guardo.

A Special Time in Clear Creek

The book follows the story of a fifteen-year-old-boy named Ollie Fensterwall. He lives in Clear Creek. One day, a new student arrives and Ollie instantly falls in love with her. The new student is Melanie Jacobson. Ollie often dreams of Melanie and thinks of her most of the time. However, Ollis is shy and has not reached out to Melanie. Ollie thinks that Melanie is too beautiful and he is not. Still, he continues to admire her from afar. Ollie eventually strikes a friendship with Melani after his pet lizard, Quido, caused a ruckus in the classroom which allowed him to interact with her crush. Ollie also finds out that there are also others who fancy Melanie. One of them is the handsome and athletic boy named Corky Stevens. It is clear that Corky is Ollie’s main rival for Melanie’s affection and his disruptive and competitive nature forces Ollie to man up and try to win over Melanie.

A Special Time in Clear Creek is a young love story that tackles many aspects of teenage romance and perhaps puppy love. Here we see, a generic narrative about boy meets girl and the competition that often takes place in school. What makes Attilio Guardo’s novel unique is the backdrop of Clear Creek which is the main part of Ollie and Melanie’s love story.

Halloween in Clear Creek is the sequel of A Special Time in Clear Creek. It was published a year after the first book. The story begins with Ollie Fensterwell planning to host a Halloween party in the hopes that it would convince Melanie Jacobson to visit Clear Creek. Melanie is Ollie’s dream girl and she left town unexpectedly. However, while planning for the party, Ollie realized that he must again deal with his old Corky Stevens. Corky is known for his disruptive nature. Corky and the new girl named Aggie Bard have their own plans for Ollie’s party. Determined to make the party a success and to have Melanie visit Clear Creek, Ollie enlists the help of his friends, including his German Sheperd named Patches. Eventually, Melanie arrives in town to attend the party. Melanie also wants to tell Ollie important news about her personal life.

To know more about Attilio Guardo and his works, check out his books, or visit his website today.