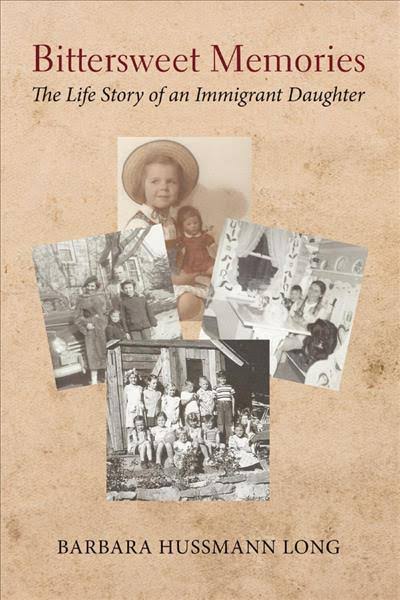 In January 2020, my personal story “Bittersweet Memories: The Life Story of an Immigrant Daughter” was launched by BookBaby. Writing my memoir has been an incredible journey both through the memories that were brought to the forefront, and the process of typing my thoughts and feelings. The inevitable success of my four year endeavor was brought on by word of mouth suggesting others read the book, FaceBook posts/ads, reviews on Amazon and Good Reads, my website Bittersweetmemories.net, and now Author’s Lounge.

It all began as I sat in a workshop with the author of “Eat, Love, Pray.”  Elizabeth Gilbert told the group that if you have a story that causes the reader to cry, you have a book. At that moment I said to myself I can do that! My husband had been saying for years my story needed to be told, and I finally believed him. He became my trusted advisor and editor.

Upon retirement, he and I started our adventure into the past. We quickly discovered that it wasn’t conducive to write at home with so many distractions. Since we traveled to St Petersburg, Florida every late spring to see my brother, the unfolding of my life on paper began with the sound of the ocean in the background. The immensity and constancy of the sea brought back forgotten memories and helped me get back to who I was. After Florida we’d do writer getaways for a week at a time.  Writing in the first person and using vignettes allowed the story to flow.

The most arduous part of the process was the editing. “There is no such thing as good writing. There is only good rewriting.” Science fiction novelist Michael Crichton. We made at least twenty revisions and sent a draft out to friends who offered to be beta readers. They were given questions found on the internet meant to help us with the revisions. This was a very meaningful exercise.

Eighty vignettes became the sixteen chapters of the book. Throughout the writing, we struggled with what the title should be. It wasn’t until nearing completion that I fully understood that my life had been bittersweet. This one word started a process, but bittersweet what? Who did I want to reach? Did I want my story to resonate with people coming to this country or many others? “Bittersweet Memories: The Life Story of an Immigrant Daughter” became a reality.

Finding the right publisher was an arduous undertaking.  First, there were the mailers to sort through, then the extensive online research for reviews on the best self-publishing companies. Being a first-time author, it seemed self-publishing was the best route to go. We wanted a professional book cover, quality paper, as well as expert printing.  The day the carton of books arrived from BookBaby was a high point.  All the weeks, months, and years of effort were worth it when we saw the beautiful finished product.

The congratulatory phone calls from friends was a thrill. Most were stunned that they had no idea my life had been so hard growing up. A friend approached me after a party and exclaimed I must have been the “life of the party” my whole life. I quietly smiled to myself with the thought if he only knew. Then came the positive reviews on various sites, see below. From these, I knew we had done a good job in telling my story. I was pleased when Author’s Lounge approached me to write about “Bittersweet Memoires.”

“Bittersweet Memories: The Life Story of an Immigrant Daughter” by Barbara Hussmann Long is a story worth the telling. It’s a page-turner memoir of the author’s chaotic childhood and how she manages to survive it through perseverance and resourcefulness. Her journey brings her from fear and poverty to self-confidence, success, love, and forgiveness. She is an inspiration to all who read the story of her life, which is a beautifully written, understated, a straightforward narrative whose power comes from its unsentimental matter-of-factness. A must-read.”

From Publisher’s Weekly.  “Barbara Long, a German American immigrant, shares the story of her parents’ broken marriage, her brother’s alcoholism, and her own challenges finding happiness and peace against the backdrop of WWII’s lasting shadow. Long is a natural storyteller, and though she joins many others in addressing the trauma experienced in WWII, her memoir provides an unusual perspective: a member of a white, upper-middle-class family living through the rise and fall of Nazi Germany and immigrating to America. Framed as an effort to come to terms with the unexpected death of Long’s estranged father, this book covers divorce, mental illness, faith, and family through a combination of storytelling and personal reflections.

At times, Long’s stories feel straight out of a war drama. An anecdote about her mother having a friendly chat with Ulrich Graf, Adolf Hitler’s personal bodyguard and friend, strikes a chilling note. The book is full of similar larger-than-life moments, including a humorous encounter with the von Trapp Family Singers (of Sound of Music fame) and a tale of Long’s mother sneaking into the 1936 Olympics. The family’s personal challenges are no less intense. Long is sometimes dismissive of her brother, viewing him as giving in to mental illness and substance abuse; readers may wish she’d put more effort into reflecting on how his coping mechanisms mirrored her frantic quest for external sources of inspiration and approval.

Long’s central message is that nothing surpasses the power of positive thinking, especially when healing from trauma. Citing Pollyanna, Norman Vincent Peale, and music from the last few decades.  Long celebrates her positive attitude, which she believes drove her personal and professional successes: becoming a top-notch salesperson, finding a spiritual home in Unitarian Universalism, and raising her family. Readers will find themselves quoting Long’s many aphorisms long after they finish this moving memoir.”

If you are a first time writer, embrace the process, also with Author’s Lounge, it is well worth it.