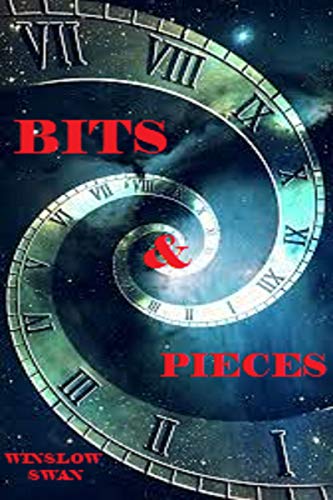 I work better in the realm of the novel or short story.  Writing an article, especially about myself, is an arduous task, however, with that in mind, I would like to thank Author’s Lounge for giving me this opportunity to let you, the reader, know more about my latest novel, Bits & Pieces.

This was not an easy novel to pen.  I tend to write my stories in reverse order.  That is, I will come up with story and then think about the ending first.  I will then begin writing the story working my way towards that ending.  Very frequently the ending will change slightly as I get closer to it and the characters begin to develop.

Bits & Pieces was a story of pure horror, something that I felt that I was getting further and further away from.  I wanted a simple story with a small cast of characters and an evil antagonist.  Simply put, six strangers are invited to an all-expense paid weekend to a new resort in the North Georgia mountains.  A wrong turn leads all of them to a strange, abandoned town far off the main road and an equally strange mansion.  The owner of the mansion takes them in; however, his plans are far more nefarious than his good nature and the evil that he possesses begins to overtake the weary travelers.

Most of the stories that I write, including this one, usually come from my nightmares.  I sleep deeply and my dreams can become extremely vivid.  In this instant, I was having a dream almost every night that became one of the more graphic scenes in the book.  It haunted me for several weeks before I finally came up with a story to build around it.

One thing about this book is the amount of time that it took me to get down the first draft.  I was having some family issues that were preventing me from writing.  I felt like Jack Nicholson’s character in The Shining when he is trying to write and is constantly interrupted.  I remember getting about halfway through and suffered from that horrible affliction that grabs at every writer at one point.

Writer’s block had hit me hard.  I read the manuscript over and over and could not get any further.  My solution to the problem was to put the whole thing aside and work on something else.  What came out of that distraction were ten short stories that I released as a collection called “Ten Twisted Tales From The Maelstrom”.

Eventually, with a little help from my best friend, Crimson McKenzie (also a writer), I was able to power through the rest of the book.  I must say, I was quite pleased with the overall story.  During the time of the dreaded disease, Crimson and I collaborated on another novel which we are currently editing.

I hope that Bits & Pieces does what it is intended to do.  I write all my stories with the purpose of letting the reader see into my fevered imagination and possibly stay awake all night, afraid to go to sleep for the monsters that await there.  My goal for any book or story that I write is for the reader to say, “Wow,” and nothing else.

I began writing when I was 9 during a trip to Washington D.C. with my mother.  We were on the plane leaving the capital when I put a short story down.  It was quick and I thought kind of fun.  Simply, it was about a monster who comes out of the sea and destroys the city.  I then wrote several stories in high school which appeared in the school paper.  I was also writing while in broadcasting, mostly commercials and news copy.

My professional career as a writer did not begin until 2007 when I began to pen “The Convincer”, a story about a serial killer.  I had read James Patterson and several other crime genre novels and noticed the abundance of stories that had a central investigator who catches the bad guy in the end.  Not much is ever mentioned of the killer.  I decided to create a character that told his story.  While “The Convincer” does have its share of police and agents, the story itself is about the serial killer that I based loosely on two actual cases.

I have done so much in my life that one article would not be able to encompass my adventure.  I have worked in broadcasting, both television and radio, I penned, directed, starred in, and produced a horror movie that will fortunately never see the light of day. (Yes, it is that bad.)  I have a degree in Clowning which does me no good, but I would not trade a day of the experience in the circus.  I have been on stage, behind the scenes, and generally made dreams that I had as a child come true.

Currently I am working on another collection of short stories, two novels, and editing a third.  While I am not all work, I do find time to play my guitar with two friends of mine as a trio.  We play a small pizza place outside on the patio during the spring and summer months.  If you are ever in North Georgia, stop in sometime.

I would like to thank Author’s Lounge and to the many people who have read or heard my work.  Seventeen books and 3 audiobooks later, I am hoping to find my audience.  I know that they are there, hiding in the shadows, waiting for that monster to show itself, whether it be human, or inhuman.  They are the ones who snuggle into their beds, read a story, then try desperately to forget the images that I have conjured up for them.

I hope to continue this journey.  Sleep well.