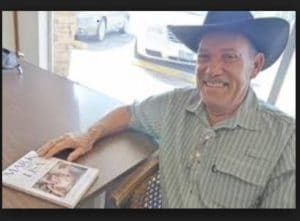 Hi, my name is Ruben Elizardo, thank you for inviting me to the Authors Lounge.

Let me tell you a little bit about myself, I was born in the small town of Taft, Texas. It’s about  eighteen miles from Corpus Christi Texas. I met my wife, Angelica, at a dance in 1964 in Taft and asked her out, a year later we were married. We added to our family, three sons Ruben,Jr, Calixtro, and Enrique. But we lost Ruben and Enrique at an early age. Then added Nancy and Irene, we then we decided to move to Corpus Christi,  and after several years we were surprised to find ourselves blessed with a daughter, Elizabeth. After that I moved my family to an even smaller town of Woodsboro, Tx., so she could be near her family. Angie died in 2011 after forty six years of marriage.

Once while I was spending a weekend at my daughter’s in Tomball, Tx, I told her how I had been dreaming about her mother, she suggested I write my dreams down, as maybe her mom was trying to tell me something. So I started writing down my dreams and one time I remember I had a dream with no images, just voices. And I started to write it down, well, lo and behold if it didn’t take a life of its own.That first night I think I wrote over fifty pages of what was to become my first book MARK AND LISA. At first I didn’t think about selling it, I just wanted to leave something for my kids. I need to make myself clear. Never in my life had I entertained the idea of writing a book. But before 2017 was over I had my first book. I know it has many flaws, but the storyline is interesting. But then my children started asking about a second book, so again I sat down and that’s how ALEX AND CASSIE came to be. 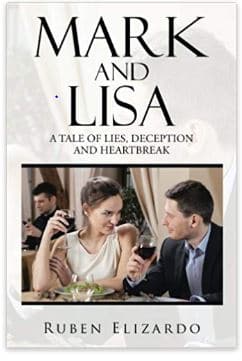 Lisa, from MARK AND LISA, is a fictional story, however it does have some of my Angie in there, Like Lisa, my wife would never give up on anything until she had all her answers. Except Angie never got in the same type of trouble Lisa got herself into. Also, some of the pranks Mark would pull on Lisa were things that I actually did to my wife. In  MARK AND LISA, her problems started when Mark walked out of a job he had held for over twenty years, and he was being very vague as to why he had lost his job. When Lisa ran into John at the mall (John was one of Mark’s friend’s and coworkers) he told her a completely different story than what Mark had been telling her which perked up her curiosity, so Lisa with the help of John set out to find out the truth about Mark’s termination from his job except that John had ulterior motives for Lisa, (He had always dreamed of taking  her away from Mark.) after a few weeks of John feeding Lisa bits and pieces of why Mark left the company he told her that he was meeting with overseas customers and was going to be in Myrtle Beach if she wanted to they could get together and brainstorm till they got her answer. Well, wouldn’t you know? Mark found out Lisa wasn’t in Myrtle Beach with some of her coworkers as she had led him to believe, but instead was with John. and that’s where things get interesting. 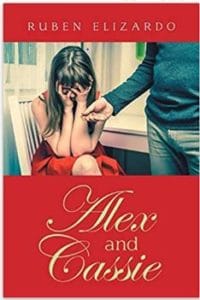 Alex And Cassie is a story much in the lines of Mark And Lisa except this story follows a whole different line. Cassie after having been drinking with Alex most of the afternoon went to her friend’s house. Things started when she fell asleep at her friends Matt’s house and Alex having been aroused from sleep by two policemen went looking for Cassie to prove that he had been home all night long. Not finding her made Alex believe that Cassie had stood him up for Matt. With nobody to vouch for his whereabouts he was taken to the police station for questioning under suspicion of murder.