Author of the Week | Curt Fletemier

Former Engineer and M.Div., Curt Fletemier spent 25 years as a teacher in Pacific Rim countries, evangelizing students and supporting local, native missionaries.  In 1999 he wrote The Son and Moon as ammunition for Indonesian Christians, and, in 2006,  Fire from Heaven, an analysis of the Quran.  The Divine Pen Strokes came in 2018, showing, despite unbelieving theologians, that we likely have first-century manuscripts of the NT – from about 30 years after the originals. 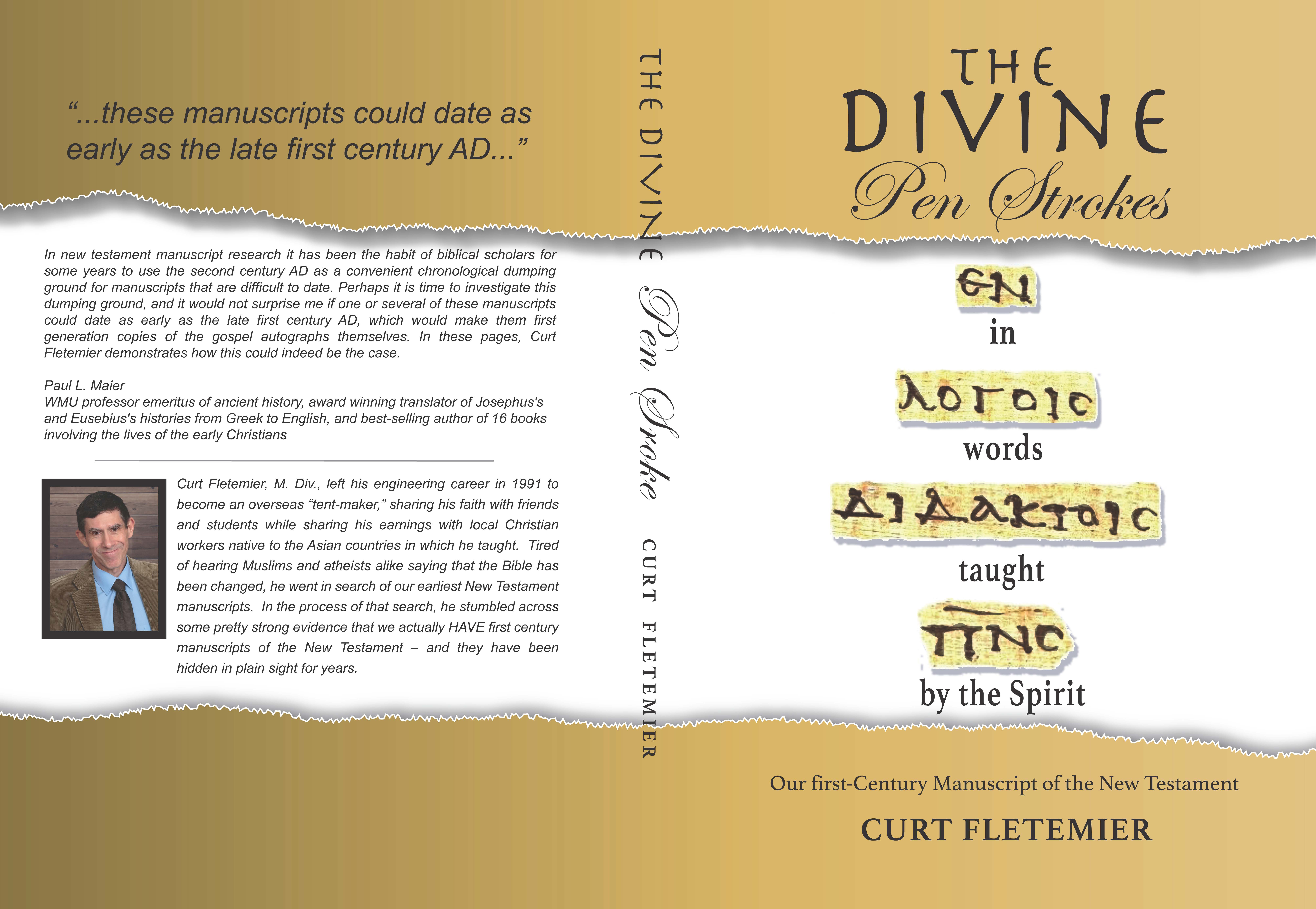 Our New Testament really IS God’s own Word, and this book shows why.  Readers will learn why we are so certain the books of the New Testament were written in the very first century AD, and they will see copies of Paul’s letters from the first century AD, produced only about 30 years after Paul wrote the originals.  Even more than that, though, the reader will see, through the pages of this book, how the Lord was able to use ordinary men to bring His Word to us, and how the Lord still uses ordinary people, like us, today.