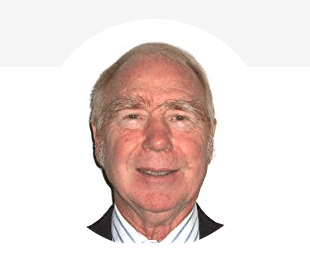 The Old Scientist, Max B. Frederick is a real scientist.  He is also a theologian, an unlikely combination.  He is also a philosopher, inventor, and author.  He is the named inventor on several United States patents.  He has written several books.

From early childhood he has been fascinated with science in the bible.

He is a retired scientist, retired from over thirty years in information recognition technology in the intelligence industry.

His background is in geology and theology.

His purpose for existence, his life work and passion is the discovery of what the bible really says concerning technical things, things in the realm claimed by science.

He is finding that what the bible really says concerning science proves the supernatural origin of the Holy Scriptures.

His life has been supernaturally guided by his purpose for existence.  From early childhood, seemingly from birth, his life has been guided through twists and turns to prepare him for his life work.

He was able to retire nearly twenty-three years ago, relatively young and able and still able to pursue his life passion.

The challenge he is facing today is the dissemination of his discoveries before he leaves this world and those discovered secrets die with him.

That passion has continued to drive him in retirement.  Since the day he retired he does not understand how he ever found time to go to work.

His discoveries since his retirement are so many and so significant.  They are overwhelming.

Those discoveries up to 2019 have accumulated in a book.  The title of the book is,  Eyewitness to the Origins, Scientific Evidence of the Supernatural Authorship of the Bible.  During the next five years he continued to accumulate more discoveries.  During that time he  disseminated them through his  electronic magazine, The Science And The Bible E-Zine.  The archives of those writings can be found on the internet at www.ScienceAndTheBible.net

According to The Old Scientist, the bible contains the scientific basis, history, and future of existence.

The life work of The Old Scientist has been to assemble the science of the bible into an orderly presentation.  This seems to be an unending task.  As new scientific discoveries are made, the evidence grows stronger.

The Old Scientist has a theory that thousands of years ago the bible recorded scientific discoveries to be made in the future, and then men were blinded to them such that not until after their independent discovery by modern science, would it be realized that God had recorded them thousands of years earlier.  Then, true to the scientific process where theory predicts more discovery, more discovery will happen.  Such discovery will verify the validity of the theory.  Such has proven to be the case.

Scientists and theologians alike have been blinded to the meaning of that verse until now.  Firstly, they thought that verse was a description of a situation, or condition such that there were layers that existed.  They did not realize it was a description of a mechanism, a process where by waters were being captured from above to fill the oceans below.  Secondly, They just assumed it meant it was a condition that always was.  Thirdly, when it was originally translated from the original Hebrew, which by then was a dead language with obscure meanings, to the then current language of Greek, according to the traditional interpretation, by scientists of the ancient Greek era, they used the word meaning “firmament” from their science which meant a rigid crystalline transparent layer, rather than the word meaning, “atmosphere.” which more accurately fits the original meaning.  Fourthly, the language available to the Hebrew writer was not scientifically precise, and the writer had to use the language available.  The work of determining the original scientific meaning of various passages is a difficult task.

The traditional interpretation of that verse has been the source of the blinding of scientists and theologians alike.   The Old Scientist claims that the bible lays out in detail that great double blind test, and that we are in the final stages of that test where the answers are revealed, and the ancient scripture is scientifically proven to be supernatural revelation from God.

In his work,  The Old Scientist has gone back to the original language of the bible to find the original scientific meaning of the passages touching on science.  What he has found is overwhelming indication of the supernatural origin of the bible.  In the bible,  The Old Scientist has found on the order of a hundred points of scientific detail concerning the history of the earth and life on earth.  The number of those points of detail, which have to do with the chronology, is on the order of sixty.  That number is growing as more details are discovered in the text, and new scientific discoveries are being made.  Those chronology points have been assembled into a time line according to the bible by The Old Scientist comparing all the verses detailing each point, and arranging them into one consistent order as indicated in the combined bible accounts.  When one compares the order of events according to the bible to the order of events that science has determined from the physical evidence, the geologic column, and observations of the cosmos, one discovers that modern science has done a perfect job of verifying what the bible supernaturally knew all along.