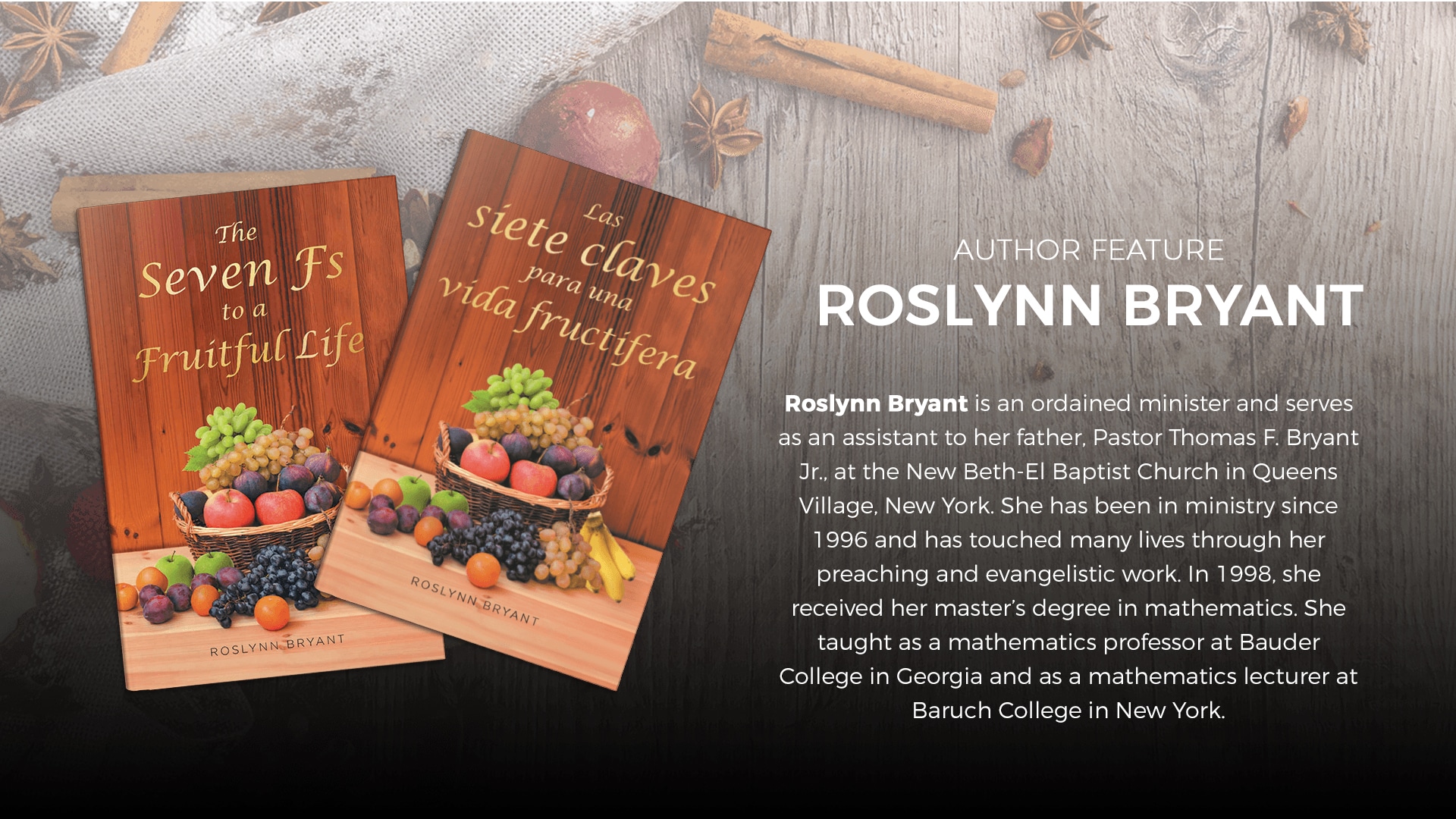 Not only a brilliant author but also an ordained minister, Roslynn Bryant definitely takes Christian literature to a whole new level. With her excellent writing skills and experience in the Christian church, she truly serves as an inspiration to those aspiring authors of Christian literature.

In 1996, Roslynn entered the ministry and since then, she has become an instrument for touching and changing the lives of many. She is the third offspring of Pastor Thomas F. Bryant Jr. and Dr. Lillie M. Bryant. Before she embarked on her ministry and writing journey, she was a little girl who grew up in Long Island, New York. Bryant earned the EAB/Channel 12 News Scholar-Athlete Award for finishing high school as a salutatorian. The Long Island Mathematics Conference also gave her recognition due to her exceptional academic performance in mathematics. Apart from the recognition, Roslynn was also granted a $1000 college scholarship. She is indeed an intellectual!

Bryant got a full scholarship that allowed her to attend a prominent university in Atlanta, Georgia where she gained her bachelor’s and master’s degrees in Mathematics in 1998. Just like how she graduated remarkably in high school, she was also the top of her class in college. But before she finished college, she got the call into the ministry. Hence, she started with evangelizing her fellow at her university and becoming the Intervarsity Christian Fellowship’s Bible study leader.

When 2009 came, Roslynnturned into an ordained minister. She maximizes the wonderful opportunity bestowed upon her by serving as a commencement speaker in Bible College and in Nassau County Corrections Center for men and women and taking part in several events, like a conference for ladies and occasions of pastoral anniversaries. Moreover, she is a firm devotee of discipleship and evangelism. Roslynn has allocated a big part of her ministry journey in the practice of attempting to guide lost sinners to God for salvation and to declare and proclaim the Lord.

Although she was in the ministry, she didn’t forget to use her degrees in Mathematics because she embarked on a career in the field of education in the year 2000. She started to teach at a high school located in Lovejoy, Georgia; and, continued to become an educator in Bauder College in Atlanta, Georgia a year after. Bryant served as a college professor for more than a decade, where she was awarded a faculty excellence award in 2010. After two years, she decided to move back home to the Empire State and served in the Queens Village, New York’s New Beth-El Baptist Church as her father’s assistant.

Roslynn and her father collaborated together and formed a training program for young women, where she was appointed as the Vacation Bible School’s director later on. But apart from that, she still continued to pursue her career in education for she was hired as a mathematics educator in one of the prominent and nationally-awarded schools called Baruch College CUNY. She is truly a remarkable educator because she is rated perfectly by students and was known to be an efficient professor according to her friends.

The Seven Fs to a Fruitful Life is an insightful work describing how to live a life most effectively as God has purposed. The seven Fs include our faith, family, friends, finances, fitness, focus, and future. The author, Roslynn Bryant, details how to maximize your potential in these seven key areas often giving Scriptural insight, words of wisdom, and practical advice. This book is reader-friendly, real-life related, and gives counsel that can be readily applied to your life. This work has the potential to empower you to be productive and successful in your personal attainments. Also, you will be given key principles to enjoying satisfying relationships with others. You will truly be able to experience the abundant or fruitful life that the Lord Jesus has made possible— Bryant, 2019.

If you want to know more about the author, you can go and check her website today!