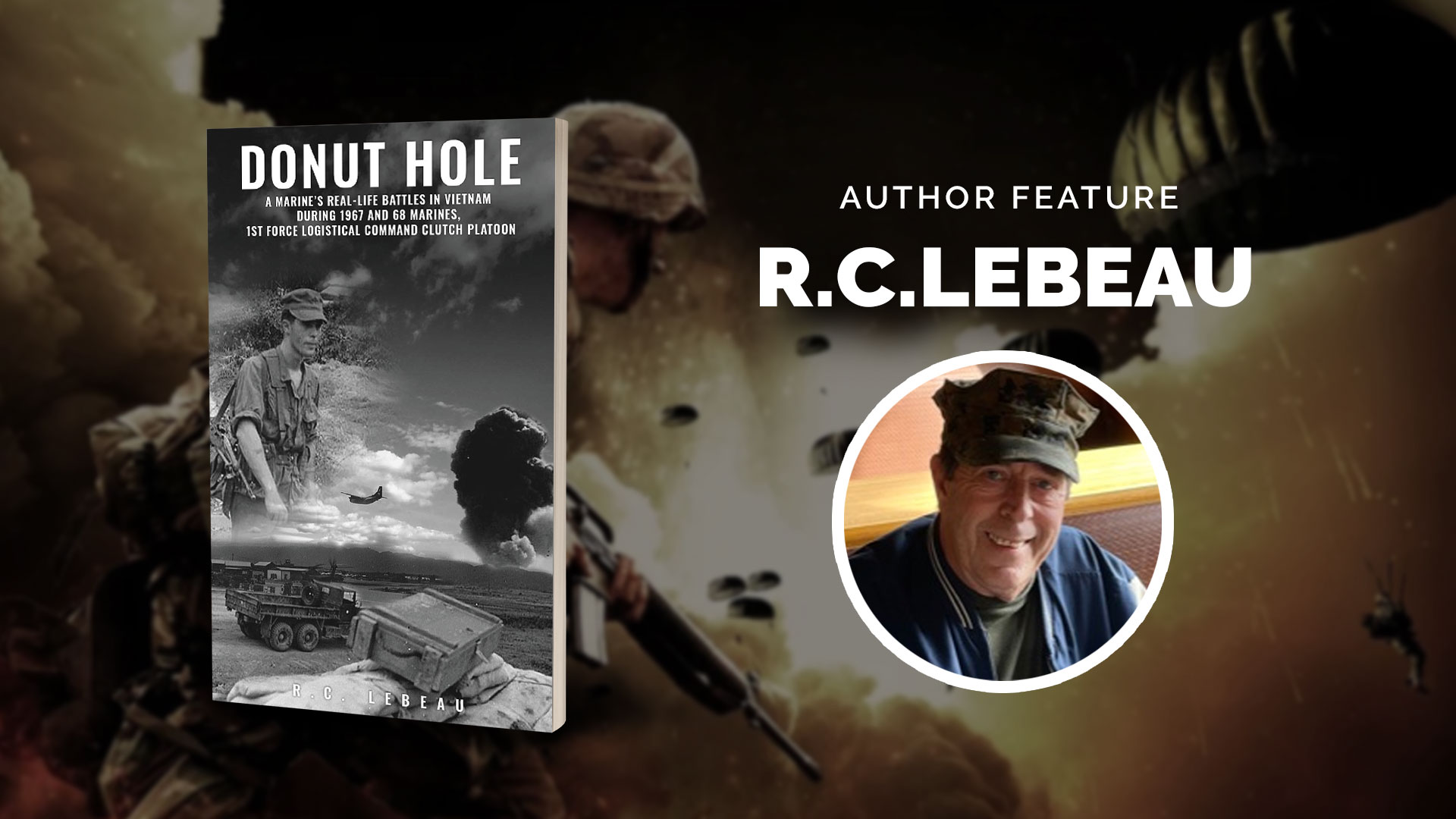 RC LeBeau is the author of the well-praised war biography The Donut Hole.

Authors of war memoirs and biographies are interesting people. Most of them write from their first-hand experiences of combat, military encounters. However, many of them also focus on the war itself. Some attempt to cover war comprehensively but somehow end up waxing philosophical about it. Then there’s RC LeBeau’s The Donut Hole, a personal reportage on the Vietnam War and the TET offensive somewhat 50 years delayed but still takes us to a Marine’s Corps’ front-row seat’s broad experience in the said war. Today, ReadersMagnet presents the author of this unique war narrative.

R.C. LeBeau is an author and a Vietnam War veteran who served during the late part of the campaign (1967-68). He was born in Detroit, Michigan. RC LeBeau is known as Bob to his family and friends. Bob was a boy scout during his childhood years. This experience helped him develop the necessary skills to survive in the wilderness. These tactics also proved to be useful during his time as an active member of the Marines later on.

RC LeBeau joined the United States Marine Corp in June 1966. He was shipped to Vietnam in February the next year. He was only 20 years old at that time. RC LeBeau was assigned to the FLC unit or the Force Logistics Command. They are the unit charged with making sure that supplies are sufficient and reach their destination. In the military, they are known as a rear echelon pogue, a term for non-infantry staff. LeBeau had a Military Occupation Specialty of 3041 (MOS) and worked on Manual Accounting.

For thirteen long months, RC LeBeau served in the Marine Corps. His tour ended after being injured. He survived the Tet offensive and the Donut Hole. In March of 1968, LeBeau returned home to the United States and became a life member of the Fraternal Order of Purple Hearts. He is also a member of the 1st Marine Division and Veterans of Foreign Wars of the United States (VFW). He also was the Allstate Commander of the VFW.

After his stint in the US Marine Corps, RC LeBeau majored in Business and Marketing. For the past forty years, LeBeau marketed his patented products with a degree of remarkable success. He currently holds four U.S. Patents. LeBeau retired after he suffered a stroke in August of 2017. Shortly after, he wrote the war biography Donut Hole: A Marine’s Real-Life Battles in Vietnam During 1967 and 68 Marines, 1st Force Logistical Command Clutch Platoon, using his right hand.

Donut Hole: A Marine’s Real-Life Battles in Vietnam During 1967 and 68 Marines, 1st Force Logistical Command Clutch Platoon, is a biography by war veteran RC. LeBeau. It is the first book he’s ever written and chronicles his time as a member of the Force Logistics Command unit in Vietnam (1967-68). Published in 2019, the book highlights some of the dark realities of serving in the Vietnam War. It is written from the point of someone who may not be a member of the infantry but shared a front-row seat of all the horrors of armed conflict. Using a simple writing style but with vivid memories and imagery, RC LeBeau takes us back in time. The Donut Hole is a book well-received by members of the armed forces who served in Vietnam because of its accuracy and sensitivity. Many note that the book is a war biography and a reportage on one of America’s most historical wars.

To know more about RC LeBeau and his work, purchase his book Donut Hole or visit his website today.