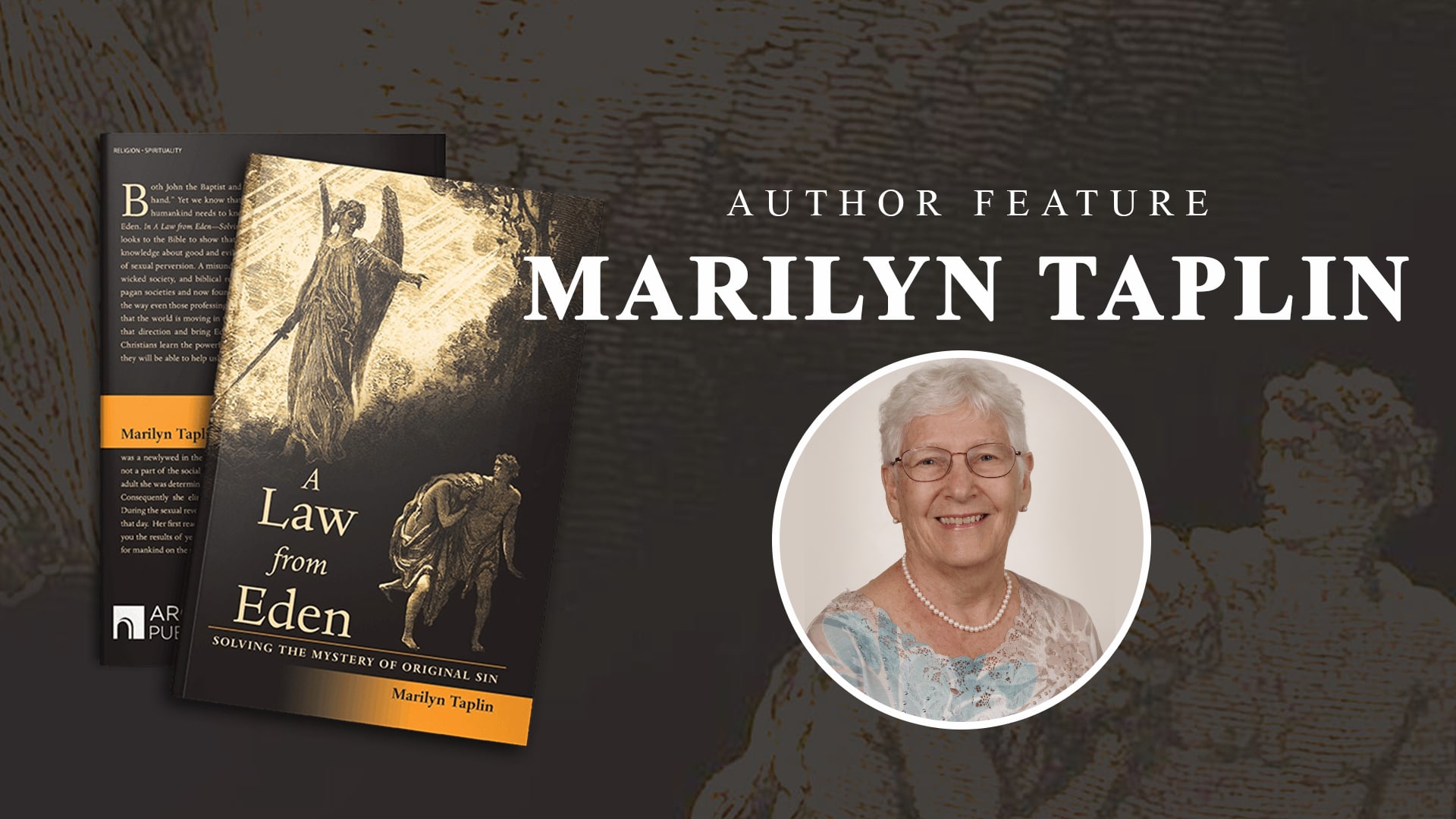 Marilyn Taplin is the author of the book A Law From Eden: Solving the Mystery of Original Sin.

Morality refers to the standard or principle that governs what is right or wrong, unacceptable, or distasteful in a society or civilization. Although books on morality are not that many these days, they are certainly significant in our lives. Aside from the Holy Bible and the respective holy text from various religions, morality books also serve as a guide for strengthening society’s moral fiber. In this modern-day and age, most societies are forgetting their moral compass. There are many aspects of modern societies that are now governed by liberal ideas and apostasy. For Marylin Taplin, author of the book A Law From Eden: Solving the Mystery of Original Sin, there is a need to discuss these things and revisit God’s laws particularly on morality. Let us get to know more about Marylin Taplin in today’s Author Feature.

Growing up, Marylin Taplin committed herself to only think about positive, good, clean, and wholesome subjects. When she got married in the late 1950s, discussions on the matters of sexual issues were not that rampant as it is today. Today, issues on gender rights, sexual liberation, and gender preferences are openly discussed in schools and various media. Determined to uphold her own principles on these issues, Marilyn avoided offensive movies, books, and magazines.

When the sexual revolution erupted in the 1960s, society’s moral landscape changes, and culture-shocked gripped some of the conservative people, Marylin included. Taplin was so shocked by the prevailing culture and practices of the times that she began to ask what does God say or think about morality. This propelled Marylin to research more about the bible and to study deeper about God’s laws on morality, particularly on the issue of human sexuality. Taplin’s research took her all the way to Eden, where the original sin took place. Her extensive research on the Bible and its scriptures have led Marylin to her own interpretation and understanding of God’s instruction on several issues including sex and sexuality. All these she shares in her book A Law From Eden: Solving the Mystery of Original Sin.

In 2001, Marylin Taplin published her book A Law From Eden: Solving the Mystery of Original Sin. In her book, Taplin shares her insights about the real original. According to her research, the true original sin and the root of all sin is not pride or the pursuit of knowledge. For Taplin, the first and original sin committed by Adam and Eve is the act of sexual perversion.

“Original sin was, has always been, and still is, oral sex. This is sin for a man and his wife, sin for an unmarried male and female, sin for two women, and sin for two men. For all humans, this first basic rule of conduct was designed to protect us from pain, sorrow, and injustice. Now, this revelation at the end of this age gives us the intellect we need to put a stop to insubordination and discover the last paradise, peace on earth.” – Marylin Taplin

This perversion along with humanity’s liberties with human sexuality paved the way to a morally deteriorating society. These acts have been practiced by pagans and by modern societies (particularly by the members of the LGBTQ community) who clearly misunderstood human sexuality, according to Taplin. This holds true even among many Christians whose views on sexuality are independent of what the Bible says. This prevailing concept is definitely not following God’s views and only be acknowledging this truth and ending this kind of sexual act can we see and embrace the paradise that God promised.

Marylin Taplin’s A Law From Eden may be thought-provoking and may challenge some of the established notions about sex and sexuality, but nonetheless, believers and non-believers can benefit from Taplin’s extensive research about the Bible. Taplin imparts her knowledge about the history of the Bible along with countless lessons drawn from her years of research and study.

To know more about Marilyn Taplin and her works, grab a copy of her book A Law From Eden: Solving the Mystery of Original Sin or visit her website today.