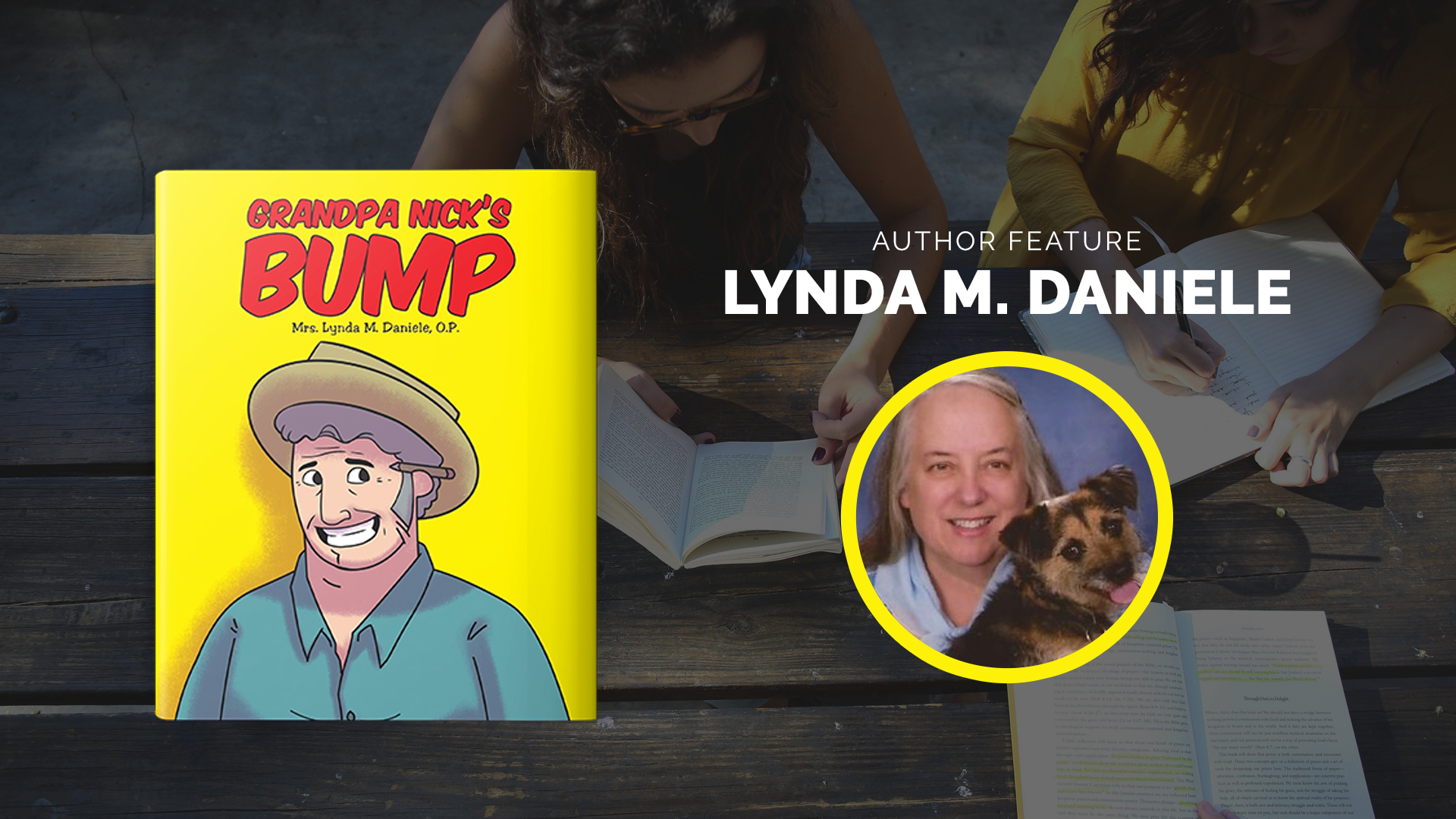 Lynda Daniele is the author of the children’s illustrated book Grandpa Nick’s Bump.

The inspiration for many children’s stories and fairy tales has always been borne out of positive feelings, experiences, and disposition. Seldom do we hear of children’s stories based or inspired by grief or loss. And yet there exist a number of them. It is not easy to write stories, let alone children’s stories when you are mourning or remembering a dearly departed loved one. For first-time author Lynda Daniele, the death of her husband Nick paved the way for her literary journey. Last year, she published Grandpa Nick’s Bump, a children’s illustrated book that talks about her husband’s last few months and the bond he made with four neighborhood children. This remarkable book is a product of Lynda’s determination to pay tribute to her husband through a work of literature. Let us get to know more of Lynda Daniele and Grandpa Nick stories on Daniele’s book.

Lynda Daniele’s journey to literature began not in the most pleasant of any circumstances. Her husband Nick passed away after his battle with meningioma. It is a kind of tumor that forms on membranes that cover the brain and spinal cord just inside the skull. After his death, Daniel had cope up with the loss and one of the things that helped her deal with Nick’s passing is writing. Lynda Daniele later took a writing class at her local YMCA (Young Men’s Christian Association) and began writing. She later wrote a children’s story about Nick’s battle with a disease called meningioma which also featured the four young kids that Nick was babysitting for before he died. That book became her debut work, Grandpa Nick’s Bump.

Lynda Daniele is a lay sister in the Third Order of St. Dominic. She is also active in serving her local parish where she taught faith formation. Aside from spending time with family and friends, Lynda also enjoys the company of her Border terrier named Molly.

“Keep my children happy, Lord, wherever they may go, and I will wink from time to time and play out in the snow.”

Lynda Daniele’s Grandpa Nick’s Bump is a children’s illustrated book that features Lynda’s late husband Nick, his battle with meningioma, and the bond he shared with four neighborhood children that Nick was babysitting. The said children did not have a grandfather figure and had asked Nick if he could be their grandfather. Nick served as guardian and grandpa to these kids until the time of his death. Nick is portrayed as a playful grandpa and a loving husband.

Grandpa Nick’s Bump is a bittersweet story of how “Grandpa Nick” battled with a deadly disease and spent the last days of his life loving and caring for four little children who looked up to him as their own grandfather. It is a heart-warming tale of friendship, love, and creating long-lasting memories. Lynda Daniele masterfully creates a fitting tribute to Nick, a friendly and kind-hearted soul until the end of his days. Truly, the book is something that will leave a lasting impression on every reader.

To know more about Lynda Daniele and her work, you can grab a copy of her book Grandpa Nick’s Bump, or visit her website today.