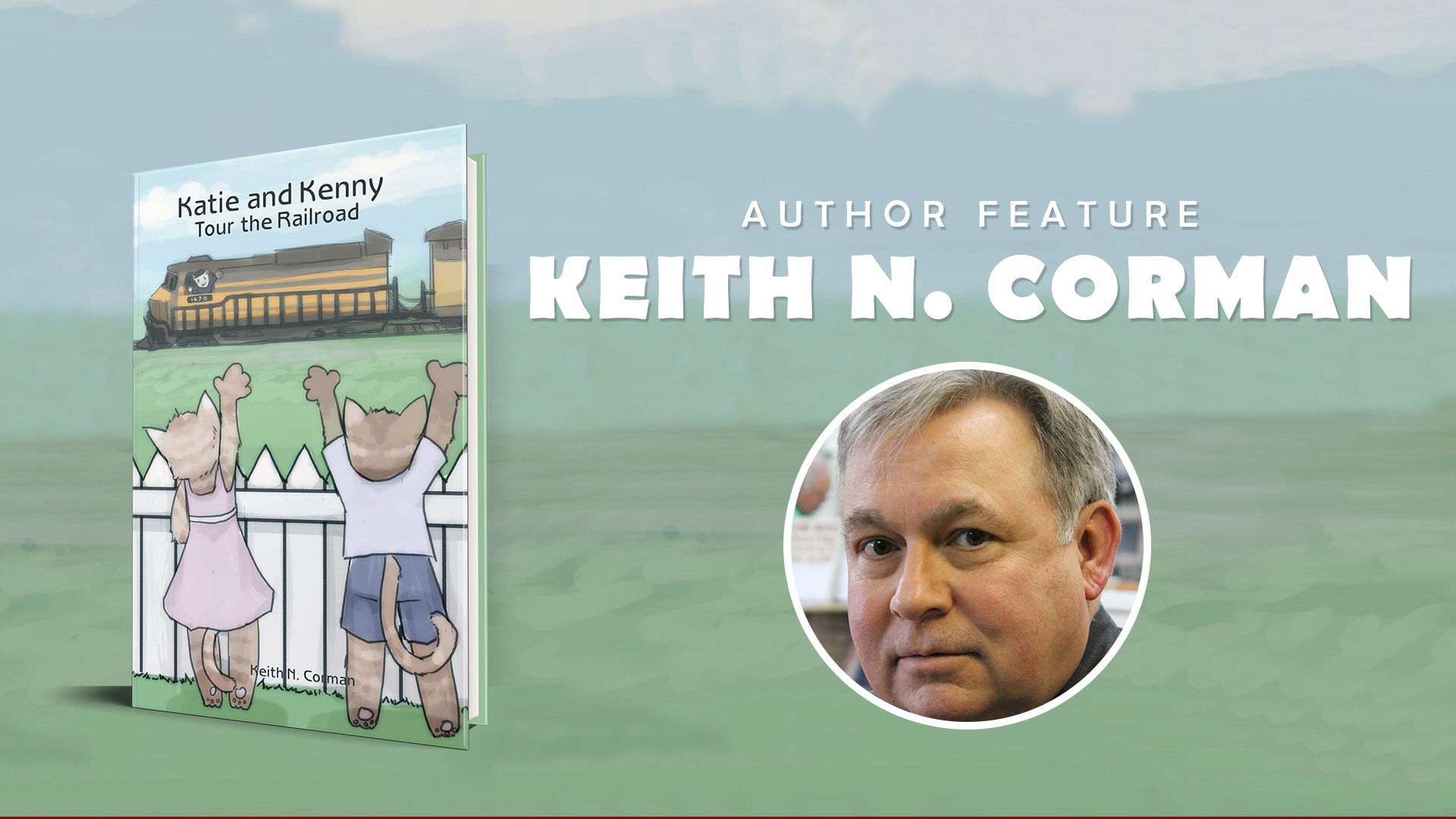 Our author feature for today is an author, public servant, poet, and a train enthusiast. Keith Niles Corman is author of two unique books- Scourged Souls and Katie and Kenny Tour the Railroad. Let’s get to know him more.

Love of Trains and Railroads

One of Keith Niles Corman’s interests is trains. His love of trains and railroads started when he was still young. As a kid growing up in Lawrence, Indiana, Keith saw trains every day. His daily sight included Baltimore and Ohio, and the New York Central trains. Keith would race every day to watch the trains pass the town. It was the steam locomotives that excited the young Corman the most during his childhood years. To this day the steam locomotives still operate. The community within the railroads are well aware of the security protocols and uphold measures to avoid railroad accidents.

Keith Niles Corman’s love for trains never faded but as he grew older, he also became interested in serving others. He went on to work as a public servant. Now that he is retired, he dedicates his time to his old passion. His consulting firm works on industrial development including the use of rails and rivers. As expected, Keith Niles Corman considers himself as a “railfan.” According to Wikipedia, a railfan is a railway enthusiast or railway buff, a trainspotter or ferroequinologist, is a person interested, recreationally, in rail transport. His passion for trains and railroads is really big that Keith advocates for the railroad industry and takes part in educating the public on America’s transportation industry, most especially on safety awareness. When not working or writing, Keith Niles Corman spends a great deal of his free time taking photographs of railroads and creating model railroads based on prototypes. Aside from writing books and poetry, Corman also loves to do historical research.

Keith Niles Corman is a published author. Below are two of his published works.

Scourged Souls is a historical fiction novel by Keith Niles Corman. It was published in December 2016. The story is set during the Civil War and highlights the Union and Confederate soldiers fighting in the battle at Kennesaw Mountain in 1864. Scourged Soul highlights the horrors of war as well as the bravery of the soldiers who fought the battles. During the height of the civil war, many of the local population were caught in the skirmishes following General William Tecumseh Sherman’s campaign to take Atlanta. The story revolves around a small village in Georgia. Three little boys; Will, Sam, Isaiah enjoying a blissful life will soon learn that nothing lasts forever. Their carefree days of hunting squirrels and watching trains go by are soon replaced with anxiety as war marches to their village. Their peaceful life changes almost overnight with the advancement of Union troops and their paradise are filled with trenches prepared by soldiers preparing for a Union assault. Scourged Souls is a poignant war novel that is not entirely about battles and military encounters, but also about people’s lives forever changed by its horrors.

Katie and Kenny Tour the Railroad

Katie and Kenny Tour the Railroad is a children’s book by Keith Niles Corman published in January 2016. The book is about two siblings Katie and Kenny who, one day, get their chance to visit a local railroad yard. Their father who is a railroad engineer takes them to this lovely tour. In this book, young readers will get to know the value of railroads and the important role they play in the transportation industry and nation-building as a whole. Keith Niles Corman also emphasizes safety around railroads and equipment to avoid any accident.

Both Scourged Souls and Katie and Kenny Tour the Railroad both feature trains and railroads. Keith Niles Corman’s fascination and love of trains are very evident in his works. This is proof that both his books are very personal and holds a very special place in his heart.

To know more about Keith Niles Corman and his works, grab a copy of his books or visit his website today.