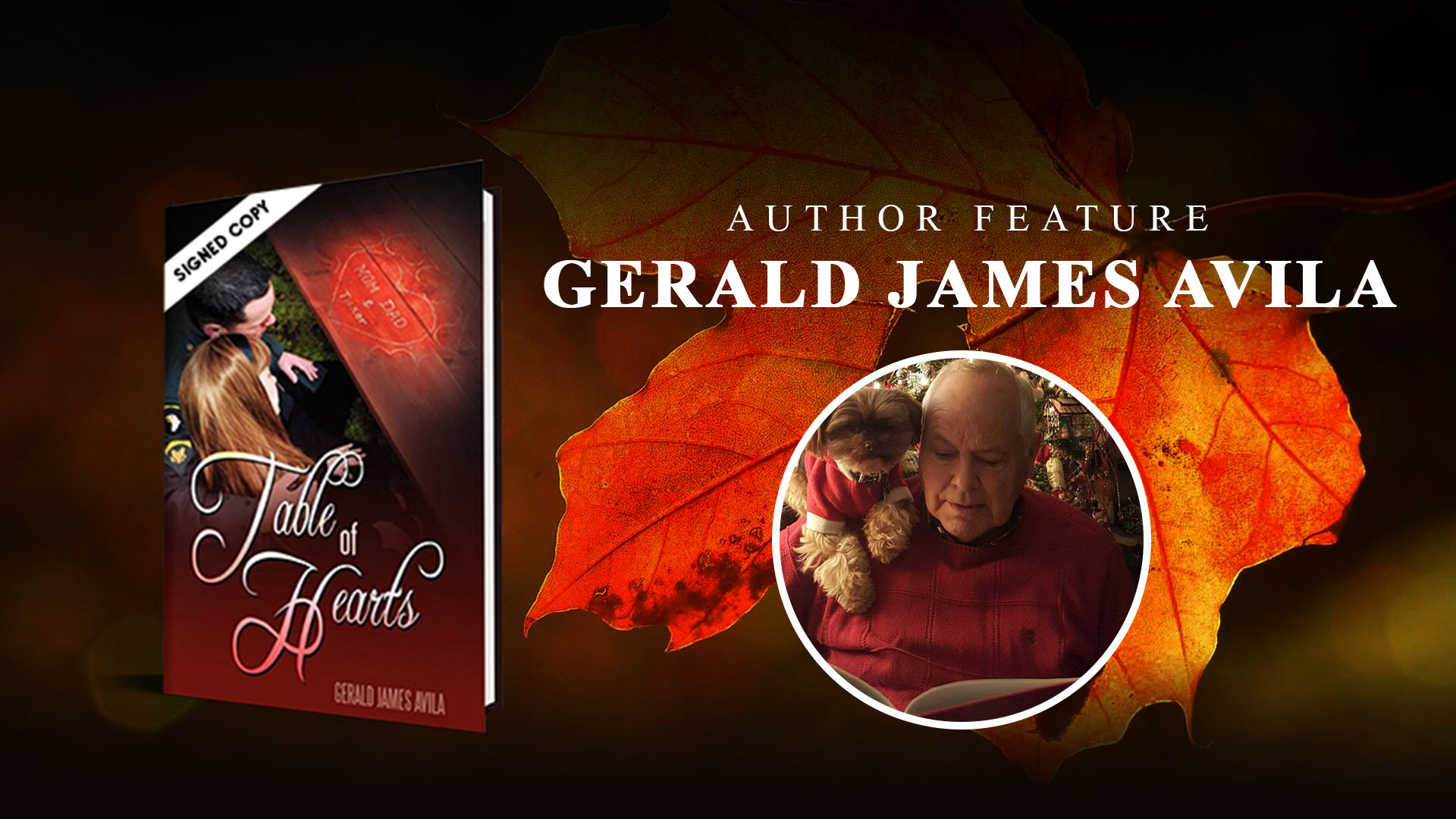 Gerald James Avila is the author of the book Table of Hearts and Home for Good.

Gerald James Avila was born in the early 1940s. Jerry’s love for writing began at an early age. When he was only three years old, wrote his first piece for Reader’s Digest. Although it was unpublished because it did not reach the prescribed number of words, Gerry’s mother was still proud of him. From 1951 to 1956, Jerry attended grammar school where he faced rejection and thought of quitting his dream of becoming a writer. However, when he was still 15 years old, Jerry met an English teacher who would later inspire him to continue writing. This English teacher gave them a writing assignment. When Jerry was asked to read aloud his essay, he refused, and Jerry a sort of developed a contempt towards her. Then one day, that same teacher approached Jerry and told him that he must write what he feels because that is the only way to express his emotions. She even told Jerry that she is looking forward to reading his future works. Sadly that teacher died six months before Jerry could publish his first book- Table of Hearts.

When he was 18 years old, Jerry wrote a piece about coming of age and graduating from high school. It was his first fun piece. Just before his 20th birthday, Jerry was accepted at the Los Angeles Art Center. However, his stint was cut short after he received a draft notice. Jerry then divided his time between physical training and school. He enrolled at the University of Scranton to earned some college credits. He was stationed at Tobyhanna Army Depot in Pennsylvania.

When Jerry was only 22 years old, his parents died in a car accident on March 24, 1965. Gerald James Avila lives with his wife Arlene, and their Shih Tzu, Gizmo in Turlock, California. Avila and Arlene have two grown children.

Published in 2010, Table of Hearts is Gerald James Avila’s first book. It is a family drama that follows the story of Wallis Goginski, whose father and grandfather have laid the foundations for one of the successful trading firms in history. However, despite the lucrative life, Wallis comes to question what is it he really wants in life? Table of Hearts is a saga that is filled with romance, history, and drama.

Home for Good is another fiction drama by Gerald James Avila published in 2016. It features the heart-warming tale of love, acceptance, healing, and a new beginning. It follows the story of a writer named Jeff Williams. Jeff recently lost his wife Marilyn to Cancer. Both are writers and considered as a perfect couple. With his loss, Jeff’s friends and family are trying to be there for him in these sad times, but nothing seems to comfort her. Not even their closest friend Alice.

Jeff was working on a manuscript about the joys of his marriage and the loss of Marilyn got Jeff into a serious bout of writer’s block. He begins to spiral down and not caring about his work anymore. It even came to a point where he threw his typewriter from the window. Seeing his friend suffering, Alice decides to intervene. She recommends that Jeff see a therapist help him recover from his writer’s block and depression. What follows next is an unexpected turn of events that lead not only to Jeff’s healing but also the blossoming of a new romance between him and his newfound friend, Dr. Joanne Steele.

To know more about Gerald James Avila and his works, you can grab a copy of his book or visit his website today.