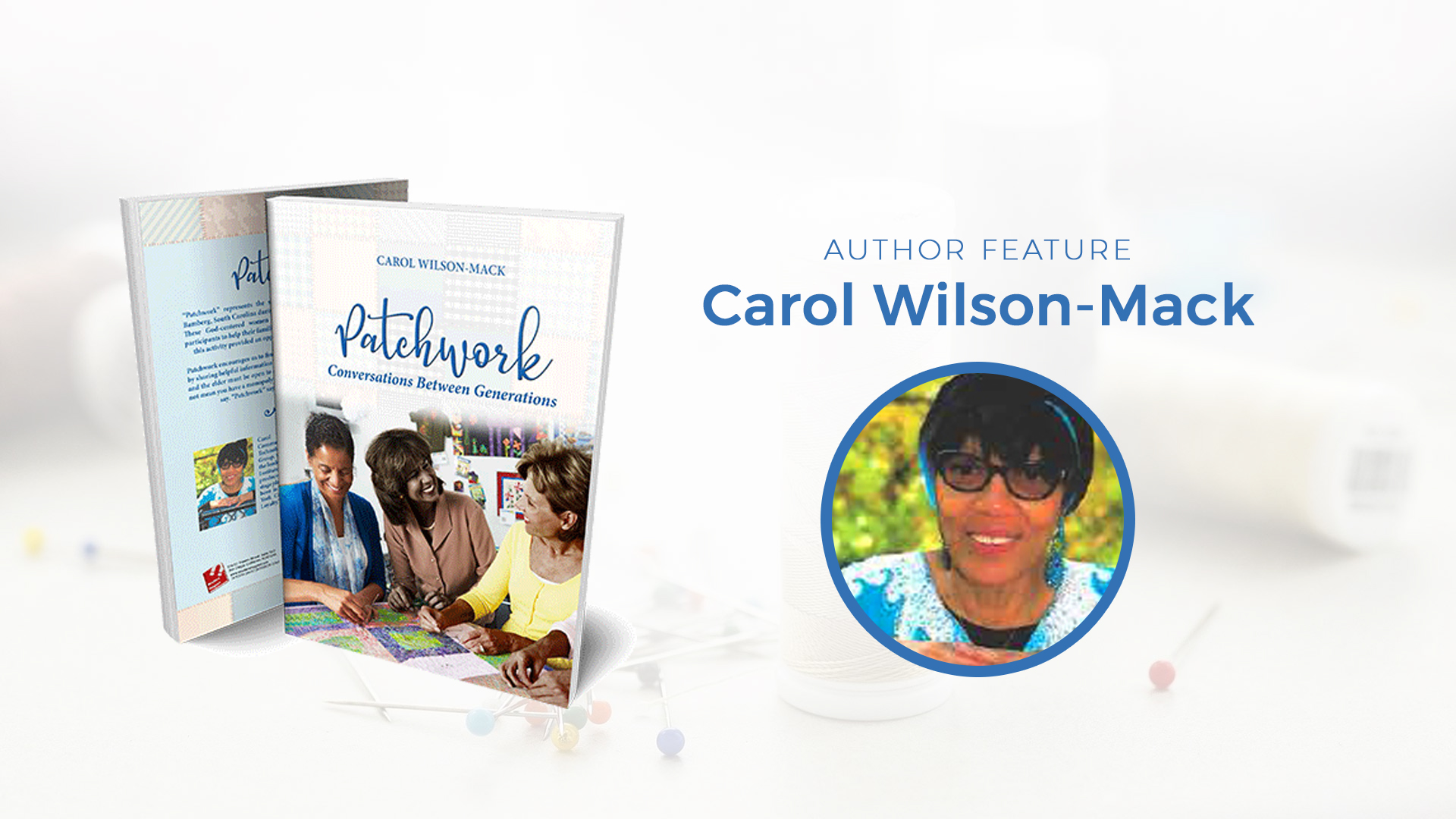 Carol Wilson-Mack is the author of the inspiring and wisdom-filled book, Patchwork: Conversation Between Generations.

Patchwork: Conversation Between Generation may have been recently released to the public. However, it has received numerous good reviews from its readership. A must-read book for anyone to learn new things and gain a new perspective in life.

Carol Wilson-Mack was born in Bamberg, South Carolina. She is a Registered Professional Nurse. She works as an Educator that focuses on Staff education in the Healthcare Industry. She earned a Master’s Degree in Communication from the New York Institute of Technology. She is also a graduate of the Long Ridge Writers Group.

In 2016, she obtained a Doctorate of Divinity from the Open Bible Way College in Greenville, South Carolina. This helped her enhance her inspirational script writing abilities. She completed her Doctoral Study under the leadership of Dr. Arthur Belanger.

Wilson-Mack is a scriptwriter and has authored numerous scripts for stage plays and films. Some of her authored scripts have been produced around Newark, New Jersey, and Baldwin and the Bronx, New York. She has a screenplay written which she plans to put into production.

She was the writer and artistic director of the television show “Woman of The Week”. This show features ordinary women doing extraordinary things. It was aired on for more than ten years on cable television. The show received the CAPE award (Cable Award for Programming Excellence) in 1994. Wilson-Mack has also produced stage productions of Samuel French’s plays one of which is the “Sly Fox”. She also directed a couple of plays including “Smokey Joe’s Cafe” in 2013 and “Ain’t Misbehavin” in 2017.

Wilson-Mack has produced several CD’s. One is a Gospel music that features the musical artist, Stella Bobian. And also one of her reading words of the late poet and writer, George Edward Tait. Another talent of Wilson-Mack is authoring books. She has written two books. One is a tribute to the late music legend, Brook Benton entitled Fan Loyalty. And her latest work, Patchwork.

In July 2020, author Carol Wilson-Mack released her latest book, Patchwork: Conversation Between Generation. This is her second book following Fan Loyalty which she published in 2013. This book presents the stories and lives of African-American women who are residing in rural Bamberg, South Carolina. The story is set from 1939 to 1959. These God-centered women get together through a quilting activity sharing challenging and inspiring stories, histories, and everything in between. These women from different generations created an atmosphere that enables the quilting participant to help their families. These women alike yet vary in many ways. They have different personalities and perspectives on life. These differences and similarities brought them together to become united and make connections.

Wilson-Mack’s Patchwork is a heart-warming book that inspires the readers to bridge the gap between generations. She conveys how conversations and sharing of information can be a means to connect people of all ages. She expresses that no matter the age bracket we are in we have something to say and that we must be open with this notion. The conversation is not a one-way street. We, no matter what generation we are born in, we must listen to what others would say and vice versa. Through bridging this gap, we can prevent misunderstanding, misinterpretation, and so much more. We will be able to create a community of unity and appreciation. The title fits the message the author wants to share. Just like patchwork, these women stitch together their stories and connect them with each other to create something bigger.