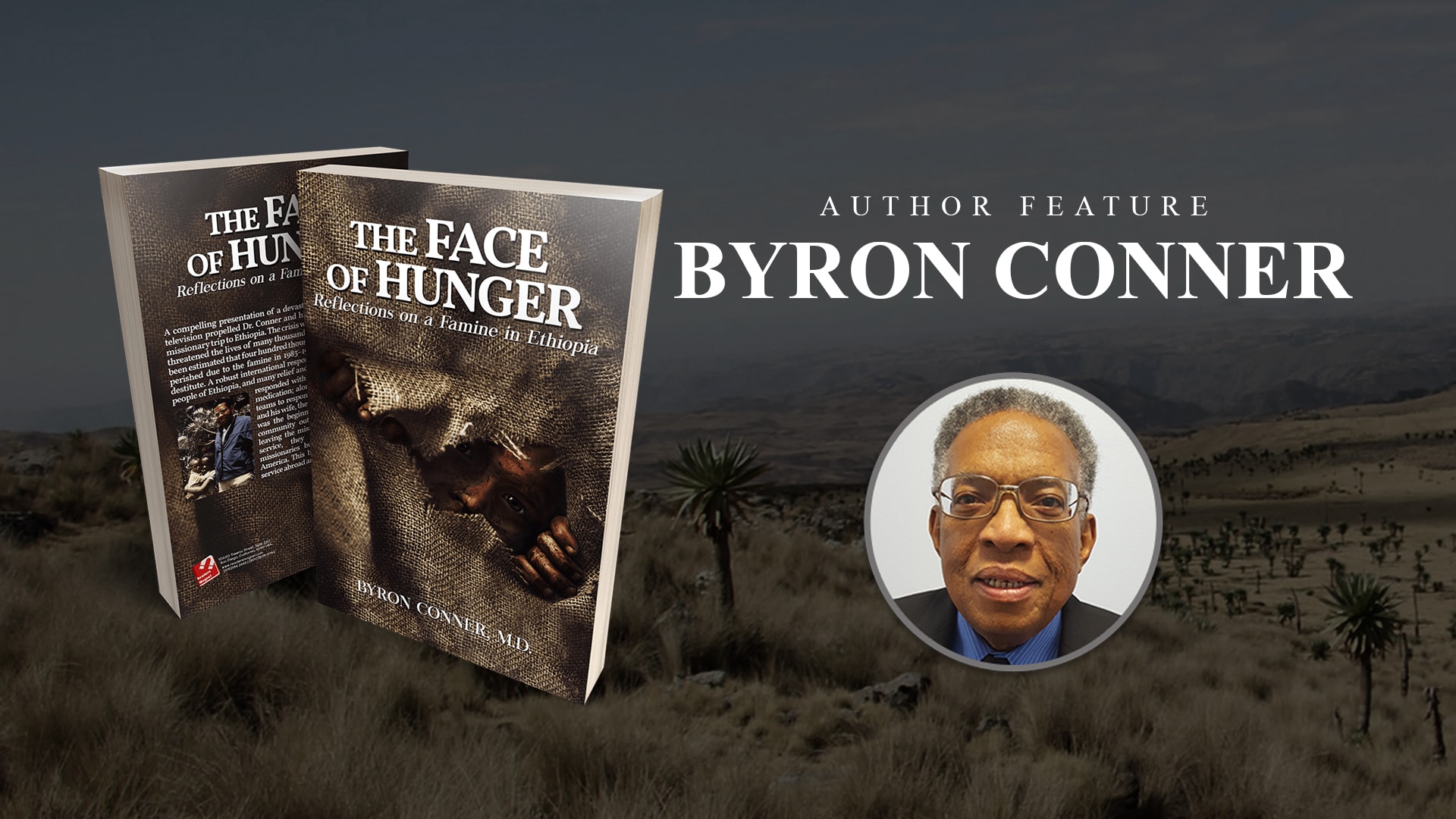 Byron Conner, M.D. is the author of the gripping and eye-opening book, The Face of Hunger.

The book, The Face of Hunger, conveys the memorable and heart-rending experience of the missionary author, Byron Conner, and his family in helping the poor and needy in Ethiopia. Conner tells his story on how their missionary service during 1984-1987 has forever changed Conner and his family’s lives. This autobiography book will take you back to the famine crisis of Ethiopia during the 1980s. This book will then inspire you to go on a noble mission of helping the poor and the needy.

Byron Conner, M.D. is an author, medical doctor, Army veteran, father, and missionary. Dr. Conner was born in Denver, Colorado. He was the eldest among eleven children. At the age of nine, he joined the Seventh-day Adventist Church. During one sleepless night in 1984, Dr. Conner learned about the famine crisis in Ethiopia while surfing TV channels. He watched the hardships and suffering of the people in the landlocked country of East Africa. He realized how the Ethiopians were powerless and innocent of the situation. This successively made him decide to pack up and help the Ethiopian people along with his wife and children. This missionary work has inspired him to write his very first book, The Face of Hunger. A book that tells accounts of his first-hand experience of the heartbreaking predicament in the country. He wrote this book with the goal for his readers to reflect on their vocation in life.

Byron Connor, M.D. took up premed in Union College in Lincoln, Nebraska from 1966 to 1968. After finishing his premed studies, he decided to serve the US Army. He served the Army from 1968 until the year 1970. He was one of the soldiers sent to serve during the Vietnam tour. At the end of his service, he then studied sociology and theology in the same institution during 1970-1972. He also attended San Bernardino Valley College and California State College at San Bernardino to take up courses he had done poorly. In the span of 1976 to 1979, Conner attended Loma Linda University School of Medicine. He completed two years of US Public Health Service duty in Earlimart after his residency. This in turn prepared him for his missionary works.

The Face of Hunger: Reflections on a Famine in Ethiopia

The book, The Face of Hunger, was first published in October 2016. This was Dr. Conner’s debut book. In this book, we will witness how one’s vocation can have a significant effect on others. This book tells accounts of the devastating humanitarian crisis he and his family experienced in Ethiopia. And a grappling narrative of the hopelessness and melancholy during that time. It tells of the famine crisis that impended the lives of thousands of Ethiopian people. An estimated four to five hundred thousand people perished and millions destitute during the 1983-1985 famine. It conveys how Dr. Byron Conner, his wife, and two children were driven to go on a missionary service to Ethiopia.

This book imparts how Dr. Conner saw that someone should be there to do something about that famine. And that someone is him. Not only does this tell his and his family’s period of service to the Ethiopian people, but also the international response mounted to help the country.

The Face of Hunger will move readers to tears on the shocking and devastating circumstance of the famine crisis. The feeling of having helped and saved people like the little boy named “Desta”, has inspired him to continue on this mission of helping people. He hopes for the readers of his book to see their own practice as a calling to help others somehow.

To learn more about the author and his book, grab a copy of his book, or visit his website today!