Ascension of the Phoenix by Jessica Piro 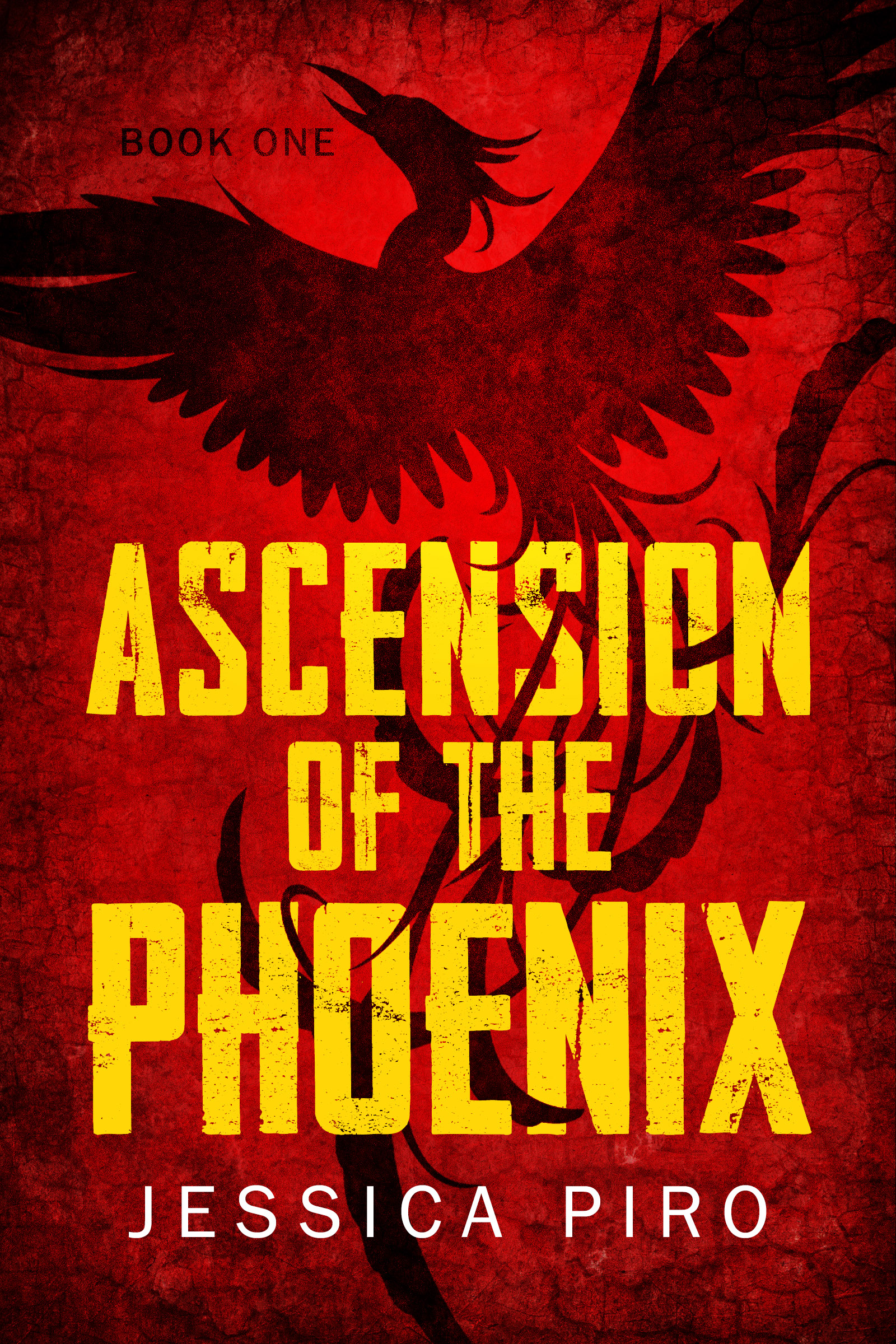 I want to start off by thanking Authors Lounge for this chance to advertise Ascension of the Phoenix, the first book in The Phoenix Trilogy, and hopefully reach more readers.

The Phoenix Trilogy are action-packed suspenseful thrillers about a female NYPD detective trying to discover who she truly is while struggling against a dark side, geared toward Adults. It has a strong female lead, martial arts in a fighting tournament, characters of different nationalities, mystery, some romance, and paranormal/fantasy aspects.

Ascension of the Phoenix follows a by-the-books cop, Leila Wells, who has used her skills in the martial arts to become the best detective in New York City. Her only fault: she has a fiery dark side. With her partner, David Neal, Jr.—who is also her lover—she has apprehended every criminal to cross her path. Except for Bryan Foster. When he returns, he destroys her world.

For months, she struggles to cope with the loss. Until one evening when Leila discovers release in tag-team street fighting. Successes with her Jamaican fighting partner grants them an invitation to the Rulers of the Realms Fighting Tag Tournament on the island of Panordom. The competition grows harder with each win, as expected, but a power rises within her—a dark and angry blaze urging her toward revenge against Foster. It becomes challenging to refuse that desire. And when she’s faced with her biggest dread, Leila must embrace changing into something ominous.

To rise from ashes, one must be a phoenix.

The idea of this story began with me playing the video game, Tekken, and I actually came up with the second book first. I was playing a favorite character and, of course, the ‘what-ifs’ began popping up. I wondered how this certain character would meet this other one—who I changed to a female—what their adventures would be together, their goals, and where the story would begin. My imagination ran wild, then, and I just had to write it down.

I’ve always leaned toward female leads in books and movies, but they usually disappoint me because the characters seem…too strong. Unemotional, severe, having a not-needing-a-man/someone-to-save-them mentality, and determined not to react to anything. They try to be masculine, and it’s called being strong. No. There are different ways of showing strength while being feminine, and that is what I hope to show through Leila’s character. She slips up holding her tough façade every now then—more in the second book—because she’s human. Mainly, I want her to be a realistic woman.

Not only do I want readers to understand that ‘to be strong’ you don’t have to act a certain way, but I also want to convey the realization that there is always light at the end of the tunnel. Every hardship, every obstacle in the way of your happiness has an end. Leila goes through a lot, but she doesn’t give up. She has moments where she just wants to stop and curl up into a ball, but she picks herself up and keeps going.

Ascension of the Phoenix is a winner of Literary Titan’s Silver Award. The sequel, The Dragon of Russia, will be published in August 2021, and the final book, Dueling with Snakes, will be published the following year. Along with the actual trilogy are accompanying short stories, each following a side character before they meet Leila. The first one, The Panther’s Pride, is available now.

Now me. (I’m not as interesting, trust me.) Anyway, I am a young woman who lives with her parents, two brothers, and a 3-legged cat just outside a little ole town in Northeast Louisiana called Mangham. I am a Type 1 Diabetic and has Friedreich’s Ataxia—FA for short—which has me in a wheelchair. My older brother also has it. In 2015, I graduated from the University of Louisiana at Monroe with a Bachelor’s in English and a minor in History. I try to be active on Twitter and Facebook, but it’s hard—I’m not a social person.

You can purchase Ascension of the Phoenix on Amazon

You can check out all my books, and even free stories, fanfiction, and poetry on my website: https://www.jessicapiro.com

I can be found hanging around on Twitter as @xDRAG0N0VAx and just search for @authorjessicapiro on Facebook. I’m even on Wattpad under the same as my Twitter handle.

Thank you for reading and I hope you’ll check out Ascension of the Phoenix and maybe enjoy it!