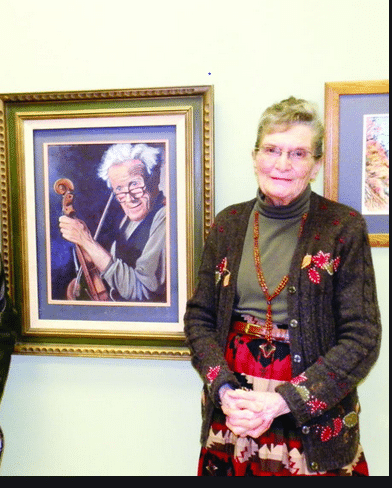 As usual, I wish to thank Reader’s Magnet for giving me this opportunity. It is a pleasure working with the people there. They have helped me so much.

It has been suggested that I give a little more information about myself, so you the reader will have a better idea of who I am.

First of all, as I have stated in my book, “My Spiritual Journey” that I’m a rather private person and this isn’t something I ever thought I could or would do. However, if my life and experiences are able to be of benefit to others, I’m happy to share.

As I already wrote my early history in my book, I will only briefly touch on it here. I was taken by my half-sister to be cared for when I was only six months old because my mother was too ill to care for me. (My dad married my mother after his first wife died.) My sister had no children of her own, so she became very attached to me and couldn’t part with me when my mother was well enough to care for me. My mother had two other children, so it wasn’t like she was entirely without. It caused a great deal of friction though. I was loved beyond measure, and when she passed away when I almost five years old, my life changed drastically. I went back to live with my own family and it was a very difficult adjustment. Theirs was a very unhappy home. The details are in my book, so I won’t go there. I would like to dwell on the positive because there was a lot of positives in my life. Of most importance was that my neighbor across the street had been good friends with my sister. She had a daughter a couple of years older than me and we were already good friends, so I was loved by them and I spent a lot of time at their house. She taught me so many things which have helped me throughout my life. I will always be grateful for the love and care she showed me.

One of the foremost blessing in my life was being born in a very beautiful valley in the tiny town of Hatch, Utah. It is located just twelve miles west as the crow flies from Bryce Canyon. Our little town was mostly Mormons and they were just good, honest, genuine folks. It was a perfect place to raise kids as it was so safe. We were free as the breeze and could go anywhere and our parents didn’t have to worry as long as they knew where we were.

Our house was on the east edge of town and next to the pastures. In those early years, there were swamps, lots of willows, and bull berry bushes down in the pasture. (Some people called the berries buffalo berries). In the fall my mother and the neighbor would go down after the first frost and shake down the bushes, then go home and make jelly from the berries. We used it like you would cranberry sauce, but it was a bit more tart. There were magpie nests in the bull-berry bushes and those magpies would steal the wooden nesting eggs from the chicken’s nesting boxes and anything else that looked interesting to them, so it was fun to look in their nests to see what they had collected. Also, the swamps had lots of polliwogs, (or tadpoles) and we loved catching them, and sometimes we watch them turn into little frogs. The Sevier River ran through the pasture and in the summer we would swim in it. In the summer and fall, the barn would sometimes be filled with loose hay for the cow.. When that was the case, us kids would go play in the barn and do summer-salts off the pole that went across where to roof joins, as supports. My dad wasn’t too happy about that. All the kids in the neighborhood would play together. Some of them were pretty daring. Of a lasting consequence of one of the foolhardy things we did that caused injury to my lungs. We thought we were really cool smoking barkers. We’d go strip the bark off cedar posts and twist it around to soften it then roll it in newspaper. I was nine or ten at the time. I’d had pneumonia when I was between three and four so my lungs were already weakened. We would have contests to see who could blow the most smoke rings. I won! I could inhale that smoke and do fourteen smoke rings! I’ve paid for that dearly! I’m severe asthmatic and have had pneumonia numerous times. I never thought I’d live to see sixty-five let alone eighty-two. It’s been a long, hard struggle. I was never well enough to carry a full-time job, though I tried after my divorce. That’s another story, but I will say that from that marriage came ten beautiful children. I had a son first, then eight daughters and another son. They have been a great source of joy for me. I must say that they all turned out to be wonderful people and now have families of their own and most of them are grandparents, so I have a very large posterity. In this day and age, it is almost unheard of to have a family the size of mine, but it’s a wonderful blessing. I could have never done it without the help of each of my children.

I have many stories to be told, but I’m getting up there and my energy level is in the ditch. I just keep doing the best I can though. Maybe in some of the following Blogs, I will be able to tell some of my stories. We did live in Australia for two years which was interesting. My husband, the father of my kids, won a teaching fellowship and he taught Science at Strathmore High in Victoria.

As a parting note, I hope you’re all coping okay with the present circumstances….covid 19. We all need to pull together and support one another. The powers that be in this world are doing all they can to control us. I put my trust in the Lord. In the end, truth wins.