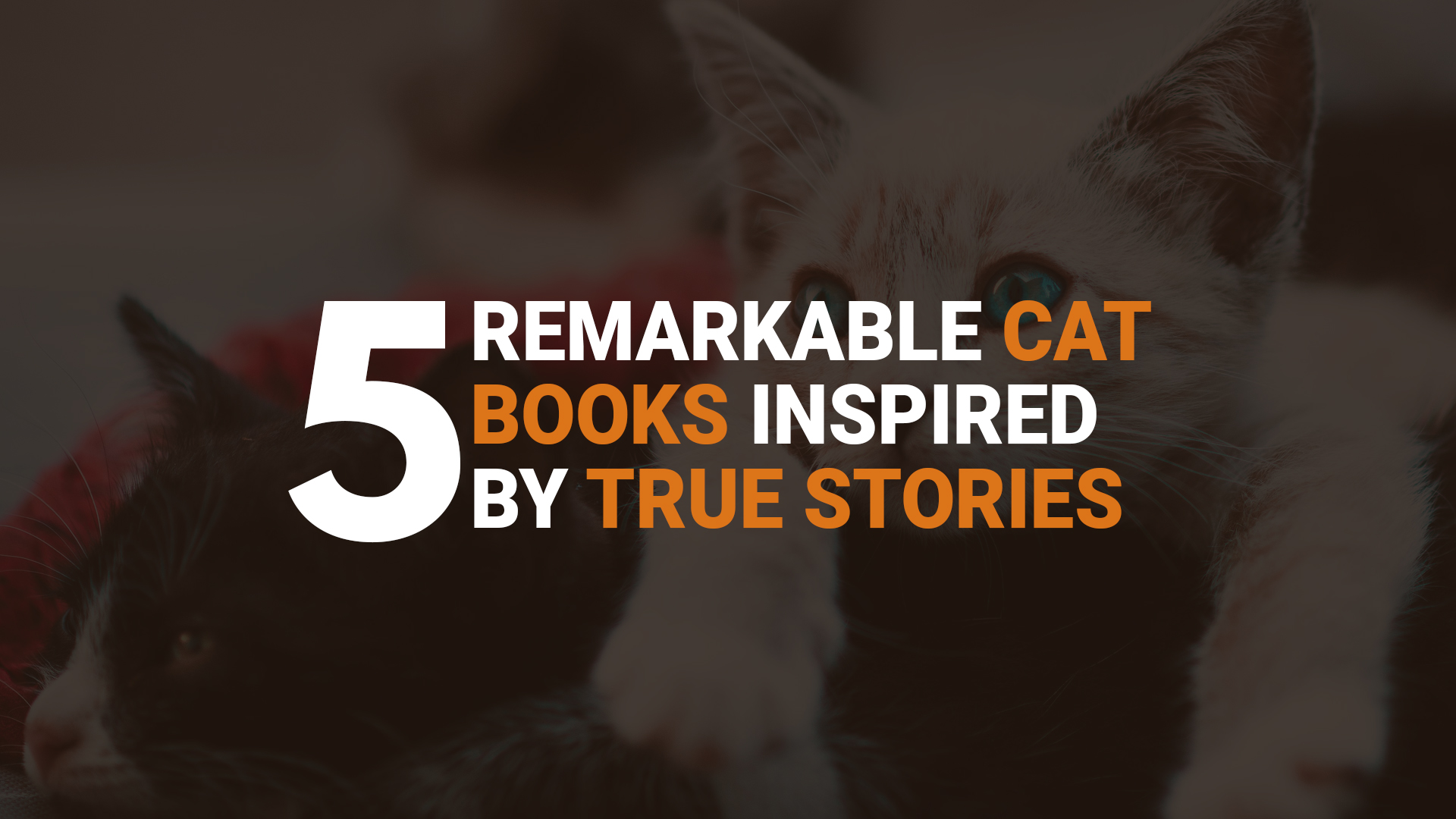 Pets are part of everyone’s life. One can have one pet, two, three, or even more. These pets provide companionship and help in reducing stress. There are many types of animals one can have as a pet. One example is a cat. Most people want cats considering that they are not as high maintenance compared to other animals. When humans bond with cats a long-lasting love and friendship are formed and a great story is developed. There are numerous books with heartwarming stories featuring cats. These books will make you laugh, cry, and perceive how pet cats change the life of their person.

Dewey: The Small-Town Library Cat Who Touched the World by Vicki Myron

After Vicki Myron’s retirement in 2007, she wrote her very first book, Dewey. A book that tells the story of a ginger cat named Dewey. Dewey was found stuffed in the returned book slot at Spencer Public Library. He was found the next day after one cold winter night. Myron, who was a librarian during that time, was the one who found Dewey. This ginger-colored cat won the hearts of Myron and the library staff. He would charm everyone in the library for the next nineteen years. He would charm them through nudging people as a sign of thanks and love. He was more than a friend. This once abandoned cat touched the hearts of the library staff, everyone in the community, and with this book, the world.

James Bowen published the book, A Street Cat Named Bob: And How He Saved My Life, in 2014. The story revolves around the unlikely friendship of a man and a ginger cat. James was a struggling street musician and Boy, the stray cat, was a homeless animal with no loving home. Bowen first found Bob injured and curled up in his apartment building’s hallway. He nursed Bob back to health even though he was struggling financially. He then adopted Bob without any idea that this stray cat will forever change his life. James helped heal Bob and Bob helps James heal his life in return. The two forge a strong bond and friendship that will move readers. The two walk together in the ups and downs of life.

William and Tibby Forever is a book published by Lynda Hamblen which is inspired by her pet cats. She lived a blessed life with her cats and husband. But when her cat, William, was killed, she was devastated and everything changed for her. It was hard for her to lose her beloved pet that he decided to write this book. A book that tells the tale of a cat’s life and love that will never end even in death. This book is not an ordinary book; the story is portrayed from a cat’s point of view in life on earth and in heaven. This heartwarming story revolves around sibling cats, William and Tibby, and their adventures along with their beloved mom. But one day, William died leaving Tibby and their mom. Then Elvira, another cat, came into the picture. Tibby will not be contending only with grief but also the love of their mother.

David Michie wrote a book about the Dalai Lama’s cat named Snow Lion. This was published in 2016. The cat was rescued from the slums of New Delhi by the Dalai Lama himself. Snow Lion is a curious cat who spends a lot of time with locals in Dharamsala. The story follows the story of Snow Lion who was given the privilege of living with His Holiness. Just like His Holiness, she ponders on topics like life, meditation, happiness, and Buddhism. Each situation in the book provides insights on finding happiness and meaning of life.

Enough to Make a Laugh by Deric Longden

Published in 2008, Deric Longden wrote this book inspired by his four cats namely, Thermal, Tigger, Frink, and Arthur. Longden shares his story along with his wife, Aileen Armitage, a blind novelist and their four cats. These cats are typically tripped on, mistaken as cardigans, and are inadvertently locked in the basement. The book expresses how Longden’s life was taken over by his cats. He shares the adventures and daily encounters he has with his cats. He also shares the diverse personalities of these four cats. An interesting book full of laughter and enjoyments in the company of cats.