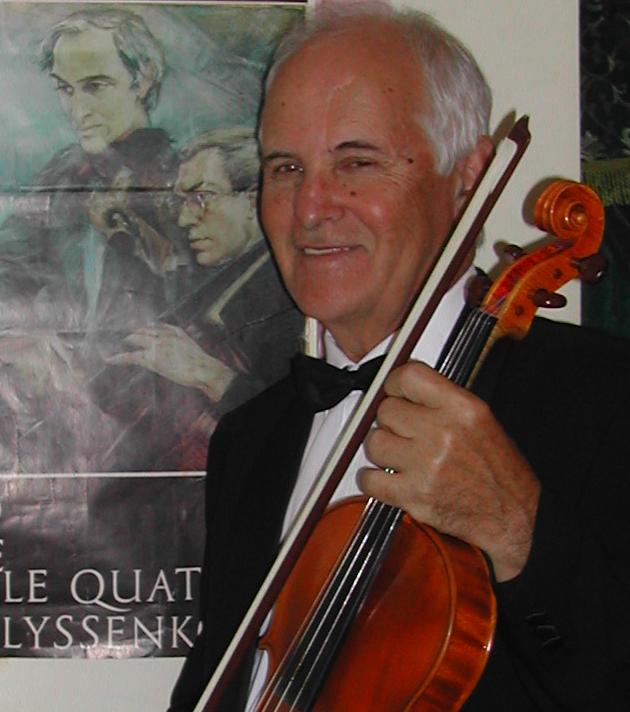 ReadersMagnet | “Melody of Love” is an English version of selected stories from a three-volume edition of the author’s works published by KAYALA publishing house (Kiev) in Russian.

Youthful sensual love.  Love passionate.  Fleeting love, generated by beauty, loneliness, desire flash.  Love universal, idyllic, ennobling.  Love and creativity.  A parable of love, as motive power of noble fulfillments.  Motherly love, related, love – compassion.  Love as hope of other, still unknown life.  Love in a comic context.  All these displays of the feeling, given to us by nature, are reflected in realities of human life.  In the presented stories love as though a certain perfect musical instrument from which it is possible to take infinite variety of sounds.  The author carefully touches its sensitive strings and forces to sound with inspiration melodies of love so various in spirit. 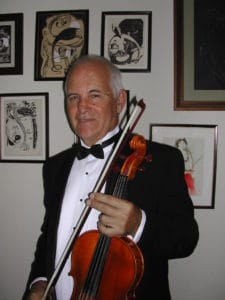 Prose written by Yuri Kholodov is most interesting because it is created by a first-class musician who is aware of all the subtleties of his performing art. He was the laureate at the International Competitions and the State Taras Shevchenko Prize – the highest recognition for cultural achievement in Ukraine. He also won a prestigious award known as the People’s Artist of Ukraine. His literary art is uniquely connected with the personality of the author and reflects his outlook on life and music. His prose is merged with his perception of life, and his work manifests his “personal truth” without which, according to Ivan Turgenev, “everything in art is negligible”.
The worldview perspective the writer maintains was formed and highly influenced by a mystical communication with nature as well as from features of national Ukrainian life. His painting style developed by emerging metaphysical and soulful excitement at the sight of seductive beauty of Ukrainian nature. His childhood was spent in a quiet provincial backwater town of forest-steppe zone of Ukraine, in Poltava, in blessed region where the Ukrainian writer Gogol once lived. There he learned to absorb and work with bright, ever-preserved impressions of charming and in a way, ancient Ukrainian landscapes. He continued his studies at the capital’s musical special school and then at the conservatory where music completely masters the young romantic. He has become familiar with the composer’s intentions. How he can penetrate and pass the subtle shades of creative thought of the great dissemblers whose only recourse is within the souls of the listeners? Now they become his teachers, institutions and mentors. He seeks to penetrate deeper into the musical narrative in order to extract hints that transmit the thoughts of their creators. Often he reads a promise of something special in musical compositions, something inscrutable, some insane delight, embarrassing him, forcing to perceive the world through his artistic sense. Under the influence of communication with the great composer’s legacy, his sense of beauty continues to form. The world of images of outstanding musicians enriches his artistic world. All this gives rise to the musical fabric of his prose with its special musical rhythm that captivates the reader. A “looped back” plot of his “Elegy” tells about love and creative work. These amazing soulful events excite agitation, dramatics and torment.  Imbued with dramatic perception the story of love and life is so different in outlook “physic” and “lyric” – “StoryCorps” (an American non-profit project whose mission is to record, preserve and share the stories of Americans from all backgrounds and beliefs). These autobiographical stories provide the reader a unique opportunity to trace the genesis of the artist’s personality.

Author has a great ability to create a special inner world in his heroes. He is especially focused on immigrants in some of his stories that he wrote after he moved to the U.S. to be with his wife who worked in an American University. This is the stories about musicians, revealing their rejection of harsh reality, their clash with life’s collisions and inability to overcome them. The elderly inhabitants of the house for the poor from the novel “Requiem”, who share vivid memories of the difficult life at home, finding long-awaited peace in the comfortable conditions of American life, are remembered by the depth and humanity of their experiences. As the author of one of the reviews notes, “The confession of each hero in narrative “Requiem” is bright, serene and heartfelt as well as all Kholodov’s prose.  Music sounds in each story, sometimes by relief, sometimes just by a hardly seen shade…”

Devoting most of his life to elite chamber genre and brought up on classic examples of the quartet art – one of the absolute peaks of world music, Yuri Kholodov will always remain within his literary creativity, which vaguely can be defined as a classical style. He believes that dignity and spiritual values of the previous centuries should be preserved in contemporary art. He is aware, however, that the modern art is often penetrated with commerce or ideology. “Vestigia semper adora” (Latin) – “Always be in awe of traces of the past”.
Author’s prose is based on human principles of spirituality. This is contrasted against the lack of spirituality within our cruel world. These thoughts are imbued with the stories “Where the Light” about a Russian Orthodox monastery in France and the extraordinary fate of its inhabitants, as well as a parable “The Artist”.

Yuri Kholodov’s website: www.booksofmusicians.info tells about the author in details. His books in Russian and in English are also available on the Amazon.

Since, as it seems to us, the presentation of books at various fairs is aimed at satisfying of author’s ambitions, we already know this feeling. We experienced it in Ukrainian and Russian presentations, where readers expressed their thoughts in our close languages, in which books were written. Unfortunately, the translation of the book in English by the Russian translator (E. Mordovina)  leaves much to be desired. And this is the second reason for our unwillingness to take part in such a prestigious fair.

We wish you success in your noble work.

I hope that those readers not put off by the seemingly bizarre judgments or the possible flaws in translation, will obtain a more immediate and accurate view of the daily life, character and temperament of my fellow countrymen than they would get by consulting historical and ethnographic accounts. I have sought to render faithfully and to the best of my ability certain ideals that determine the spiritual and moral basis of my compatriots’ existence.

Yuri Kholodov’s new book “ Savannah Revelation” is dedicated to Russian speaking emigrants.  It reflects the distinctive view of the author’s characters on some sides of American reality.  The author’s favorite thoughts about the peculiarity of musicians’ lives are originally fit in his short stories.

The dramatic conflict situations saturated by humor, mystery, recognizable characters with their special features and typical language – all of these undoubtedly will stimulate the readers’ interest.

…At the first, she tried not to miss any of the Philharmonic concerts.  But then, having begun to get tired of the abundance of sounds, she discovered the quiet charm of the quartet evenings, not so crowded and not noisy at all. They were perceived by her not even as concerts, but rather as spirit séances, where you could sometimes feel yourself in the heart of the sounding sphere. As once in childhood at the divine worship in the St. Andrew’s Church she felt somewhere close by or even within herself the blissful presence of the Creator…

…In the afternoons, when he used to pick her up at the orphanage, wet snow would be falling, and the branches of trees in the park quavered as though alive, shedding heavy lumps of snow into the mud. He  was shivering, holding her tight and nearly breaking into a run, as if suspecting someone might try to wrest her away. His big nose, purple from the cold and wet from melting snowflakes, looked fake like a clown’s, and every now and then she would reach out with her tiny hand and touch it. Then he would clasp her even faster and, no longer shivering, smile myopically as though still in disbelief at his own fatherhood…

…Playing the largest instrument in an orchestra, in the real life Ian was timid; he tried to avoid sensitive issues, but not knowing how to get around them, quietly suffered comforting himself with the thought that everything happening to him had been predestined.  It was three months since his wife left him. His pleas and prayers didn’t help.  “Scrape your double-bass,” she screamed packing her suitcases. “I’m fed up with this potpourri. Ten years are lost – with your temper, there is neither pleasure nor money.”