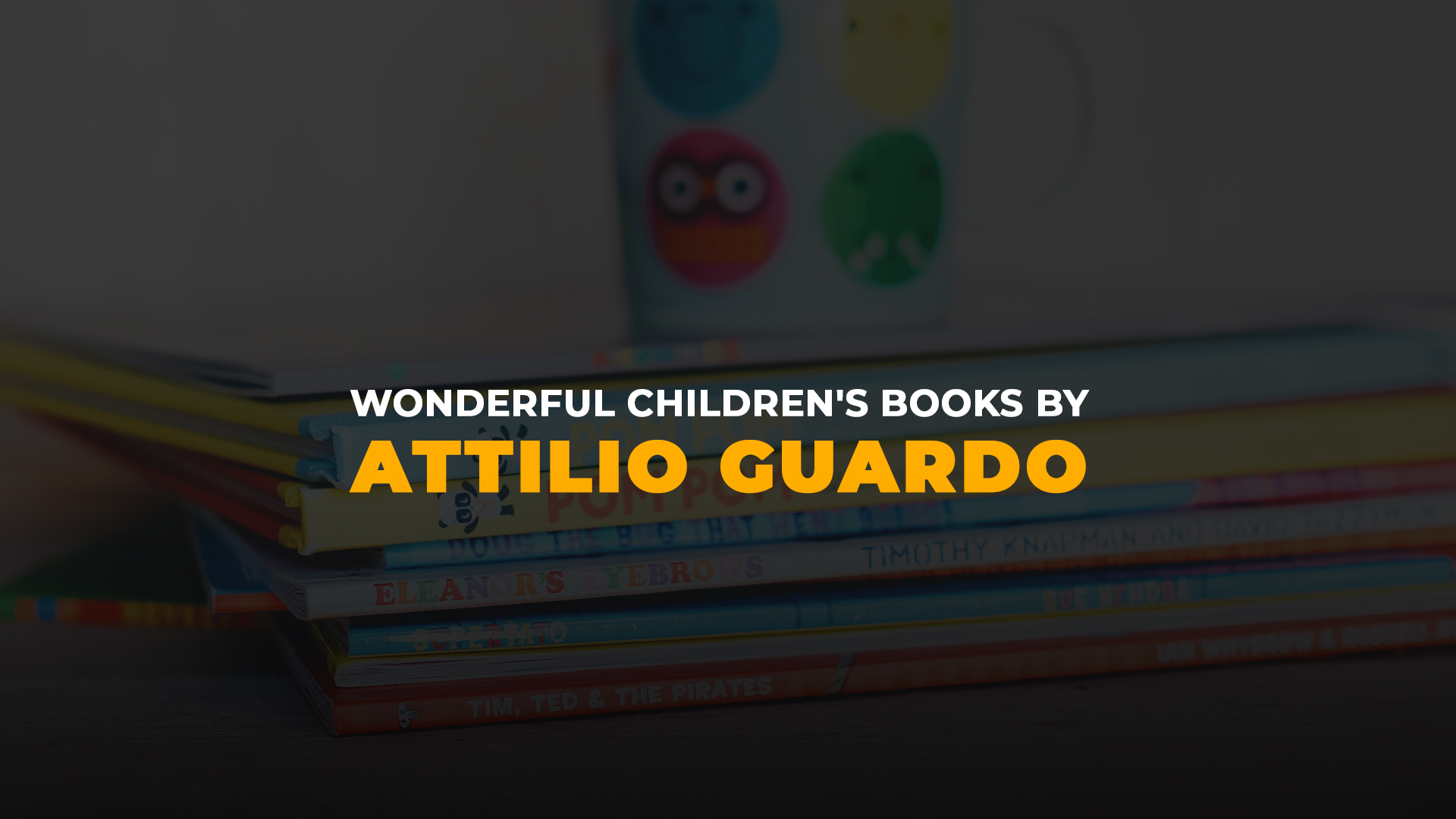 Attilio Guardo is known for his unique narratives, particularly his collection of modern children’s stories.

Modern children’s books differ slightly from the fairy tales and magical stories we grew up with. They are more inclined to less magic and more of everyday adventures and realities. Modern fables also differ from animal stories like the classic tales of The Turtle and the Hare, The Ant and the Grasshopper, the Monkey and the Turtles, and other stories. The themes feature in these modern animal narratives are more specific and mature. While virtues such as honesty, kindness, and courage are still major themes in today’s kid stories, they also introduce more complex ideas early on, such as patriotism, self-identity, tolerance, responsibility, and cooperation. The past few decades saw the rise of these modern narratives.

The Bald Eagle Who Wanted to Fly the American Flag

The Bald Eagle Who Wanted to Fly the American Flag is one of Attilio Guardo’s earliest works. It was published in 2010. This modern fable tells the story of a young bald eagle who is eager to spread his wings and fly the American flag over the United States capital. The baby eagle learns of his proud heritage as one of the symbols of his country. He dreams that someday he will be able to fly and visit Washington, D.C. However, to be able to complete this lofty quest of the young eagle, he must prepare himself for the obstacles that await him. The distance (the baby eagle is from California) and threats from other birds are just some of the challenges that he must overcome to make his dream come true. The Bald Eagle Who Wanted to Fly the American Flag is a fantastic fable about courage, determination, and love of country.

The Puppy Without a Tail

Published in October 2019, The Puppy Without a Tail is a heartwarming tale about a puppy named Sausage. He is unique among the five puppies that Jimmy and Jody’s Beagle gave birth to because he has no tail. Because of Sausage’s unusual features, it makes Jodie dream about him. In her dream, Sausage goes on a journey to find the Magical Great White German Shepherd dog. The big dog is the only one who can help Sausage. Sausage must overcome several challenges along the way in order to find what he’s been searching for. The Puppy Without A Tail is a modern animal adventure about acceptance and finding one’s identity. The story celebrates the uniqueness and being special.

Stubby and the Squirrel Community

Guardo’s book Stubby and the Squirrel Community is among the latest addition to his children’s books. It was published in November 2019. The squirrel Stephan Rovernut is the mayor of the squirrel community. One day, while on his way to work, Stephan is attached by a hawk. Stephan barely survived the attack but lost his tail. Upon learning Stephan’s fate, another squirrel named Sly Slick uses this incident as an opportunity to discredit Stephan Rovernut’s capacity to lead. Sly is the least liked member in the community but now wants to replace Stephan as the mayor of the squirrel community. Stubby and the Squirrel is a unique mini-adventure book that features power struggle, responsibility, true leadership, and community involvement.

Attilio Guardo is an author and artist. He was born in Brooklyn, N.Y., and grew up in Hartford, Connecticut. He holds a Bachelor’s Degree in Business Administration from the University of Hartford. Guardo joined the United States Army before working in the accounting and management profession. In the early 2000s, Attilio began working on his stories. He started publishing his works in 2004. Today, he spends his time writing, playing with his grandchildren, and painting with oil and watercolor.

To know more about Attilio Guardo and his works, you can purchase his books or visit his website today.