Wittig on America and God’s Judgement 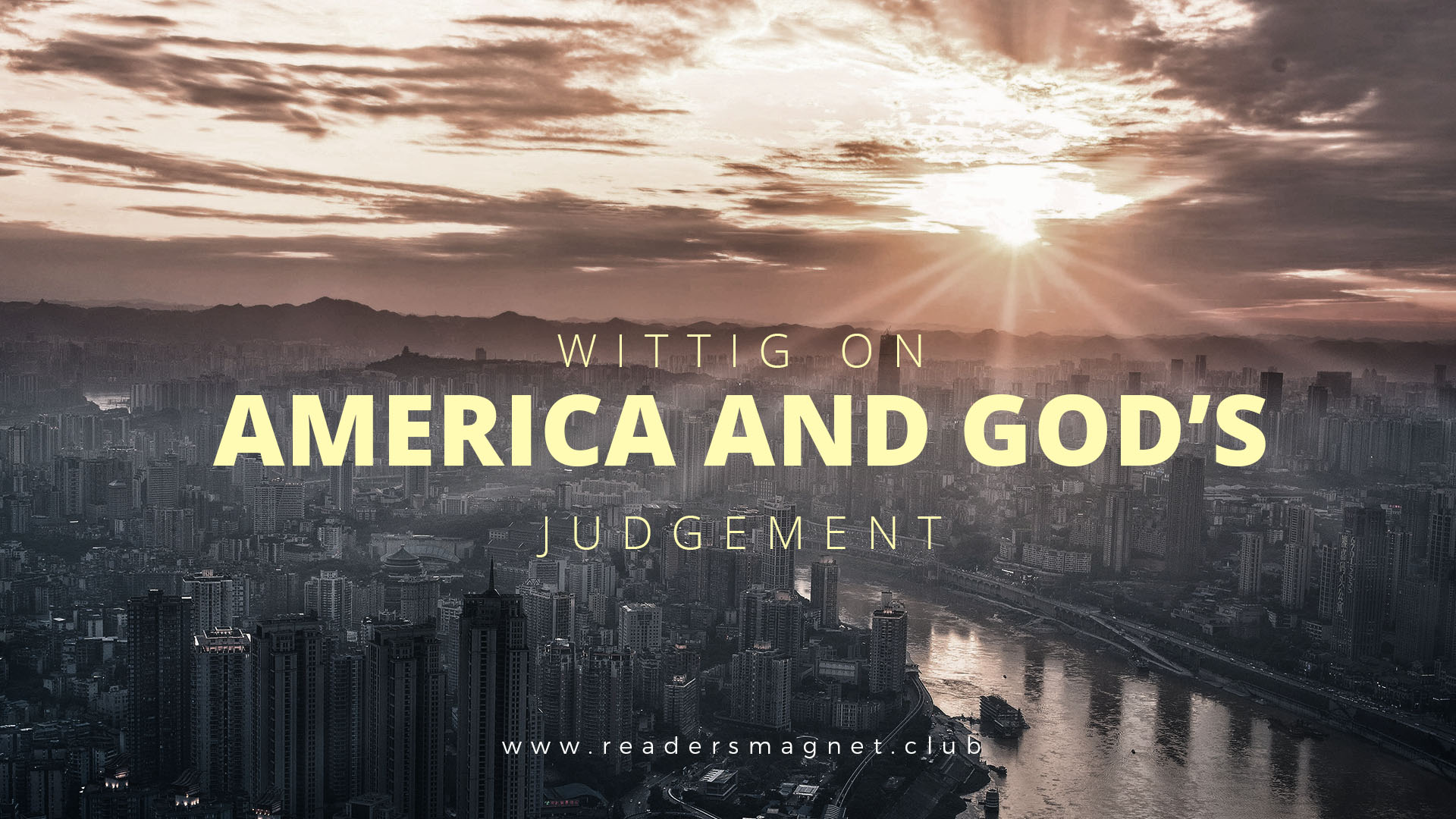 The great nation of America is in peril and doomed unless its people return to God.

Philip Wittig is the author of the striking book Apostasy Can Lead Nations to Self-Destruct: Will America Mend Its Ways and Return to God? published in 2017. In his book, Philip Wittig drew a stark comparison between the great nation of Ancient Israel and the modern super-power the United States of America. According to Wittig, despite being separated by oceans and several thousands of years, the two great countries have several things in common- the founding, the peoples, their relationship with God, and sadly, as well as their tendencies for apostasy or abandonment of God. As we all know, the tribes of Israel rose to become one of the greatest and prosperous nations in history. However, when they began worshipping false gods and themselves, God abandoned them to their fate, and the great nation was destroyed. Today, the great country of America heading towards the same path as the ancient nation of Israel and unless the people repent, all may well be late for the great United States of America.

Apostasy in the Great United States of America

Since the late 20th century, America rose to be one of the largest modern superpowers in recent history. However, along with progress and accumulated glory, it also became arrogant. Overtime, many of its policies became oppressive and greedy. America’s culture also changed and its moral compass soon eroded through time. America’s conscience also suffered heavy blows as new laws paved why for social and moral crises. Obsession with war, political correctness, and greed for other nation’s wealth has become more essential than worshipping God and setting up a moral and humane society. According to Philip Wittig,

“The problem is that most of the leaders of our nation fail to understand there is no military force that the United States can muster that is capable of opposing the will of almighty God, the God who created and put the universe in place. Further, as the disease or sin of apostasy matures, the cumulative effect is the hardening of unbelief that becomes more impenetrable and defiant as time progresses. I have come to realize that during the past more than sixty years, our nation’s leaders, along with our Christian religious leaders, have failed to recognize the benefits that God’s hedge of protection provided to this nation during the years since its colonization and its founding. Political correctness has become more important than honoring the God who blessed this nation with glory and power.” (Excerpt from Wittig’s book, Apostasy Can Lead Nations to Self-Destruct)

This along with other forms of abandonment of God: the Supreme Court decision that ruled the Ten Commandments cannot be displayed in public establishments, the passing of birth control laws, drug trafficking, prostitution, and even church scandals, all contribute to America’s deterioration as a nation and as a people of God.

The Way to Repentance and Ultimate Salvation

Unlike Ancient Israel who refused to return to God and suffered destruction, America still has a chance to renew its covenant with God. According to Wittig’s book on God’s judgment, the people can choose to change their ways, abandon the current morel decomposition, and be faithful to God once again. America can start by recognizing and reintroducing God’s Ten Commandments especially to new generations. The Ten Commandments is central to renewing faith with the Lord and it is, after all, one of God’s earliest covenants with His people. It is only appropriate that the people of America honor that agreement with God. Then they can begin to undo other things. Of course, people cannot do it alone. Repentance and renewing faith should be done with the help of its leaders, the people in the government as well as church leaders. Philip Wittig certainly believes that by doing these steps alongside personal recollection, America and its people will be reunited with God and the country ‘restored to its former status as a Christian nation.’

Philip Wittig’s book Apostasy Can Lead Nations to Self-Destruct: Will America Mend Its Ways and Return to God? is a guide book that will provide readers an in-depth understanding of the importance of repentance and renewal on a national scale. Truly, in these times of confusion, anxiety, and despair, Philip Wittig calls on us to re-examine our lives and help each other get back to God, the only source of our salvation. His book is more than a comparison of the fate of two great nations, it is also an invitation to rediscover the lessons of history as well as to contribute to saving the country from its impending doom. Overall, Philip Wittig’s book is an insightful and meaningful read that is worthy of everyone’s time and attention.