What Makes a Compelling Criminal? 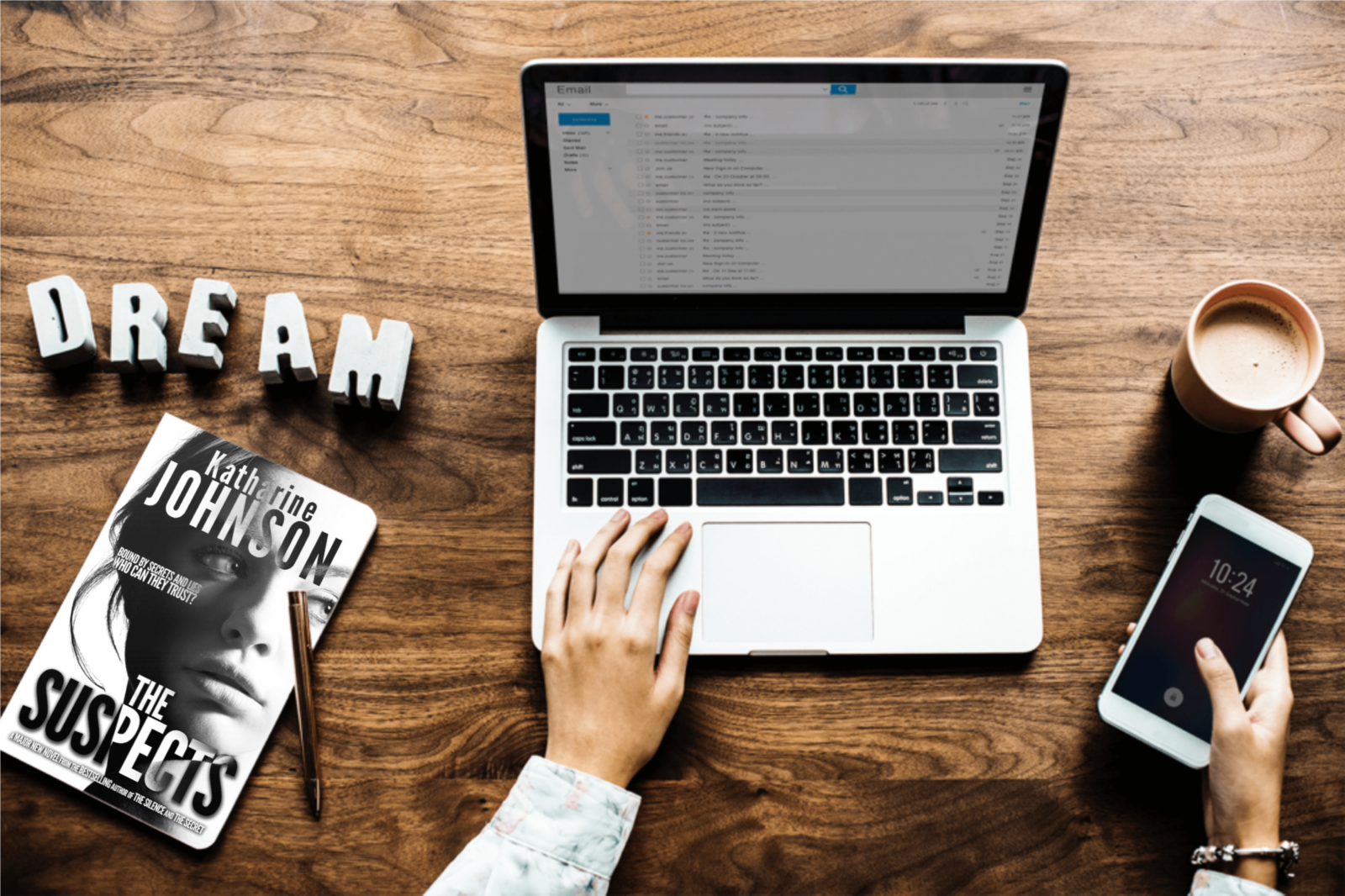 Hello, I’m Katharine Johnson, author of The Suspects. Thanks so much for inviting me into the Authors’ Lounge to talk about my writing.

What is your latest book about?

The Suspects is a house share whodunnit: 5 friends, 1 body, a killer in their midst.

When they discover a body after their house party, the housemates know they’ll be the first suspects – unless they can come up with a plan. To stay one step ahead of the police, they must stick together – but can they stay safe from each other?

What inspired you to write this book?

I’ve felt for a long time that a house share would be a perfect setting for a locked room type psychological thriller. When my daughter started university last year, I was reminded of this and it got me thinking about the best and worst aspects of sharing a house with people you don’t know – and how these things would be magnified if you knew one of your housemates was a killer.

Who is your target audience?

The Suspects is a psychological rather than an all-action thriller and is aimed at readers who enjoy locked room style situations such as The Hunting Lodge by Lucy Foley, And Then there Were None by Agatha Christie, and flat share films like Shallow Grave or the Friends TV series if you can imagine it taking a dark turn!

I hope they’ll find it entertaining – it’s not meant to be taken too seriously. However, the reviews I treasure most have said it’s made them think about how they’d act in the same situation, that it feels real and the characters’ outrageous actions make sense when you’re inside their heads which is a lovely thing to hear. The Suspects is really about choices. The characters are flawed but not evil – they make a very bad choice which leads them into a nightmare.

Tell us something more about you

I’ve had three other novels published. The Silence and The Secret are set in the same Tuscan villa and Lies, Mistakes and Misunderstandings is set in 1930s England. What they all have in common is that they feature accidental criminals – people who through a bad decision find themselves on the wrong side of the law. I love reading crime fiction but the stories that excite me most are the ones told from the viewpoint of the perpetrator rather than the police. I’m always intrigued by how ordinary people get drawn into crime.

What was your path to publication?

Writing’s always been a big part of my life but five years ago I switched from nonfiction to fiction. I was earning a living through writing as a magazine journalist and editor but had secretly always dreamed of becoming a published novelist.

Looking back, my mistake was starting too soon and not properly researching how publishing worked. I submitted several novels when I was in my teens and early twenties and then gave up, deciding it was never going to happen.

Wind forward a couple of decades and I was fitting a freelance writing career around my three school-age children. It had started to feel like a treadmill, so I enrolled on the Writers Bureau fiction writing course as a hobby.

Switching from nonfiction to fiction meant learning a new set of rules but I’ve found lots of journalism tricks are also useful for creative writing, such as being clear and concise, sticking to what’s relevant, varying sentence structure, and keeping speech tags to a minimum (especially alternatives to said.)

One of the course assignments was to plan a novel and write the opening, while another was to research small, independent publishers who worked in a traditional way (ie were selective and didn’t charge for any of their services). I was surprised at how many there were and to learn that they could be approached directly instead of through an agent.

I carried on writing the novel long after finishing the course. After a few critiques and redrafts it was finally ready to send to publishers. I expected to work my way through the long list so was over the moon when the one at the top, Crooked Cat Books, accepted it. This time I had done my research and had approached them because having checked out a few of their books I felt mine would be a good fit, and I loved their cover designs. And, I can’t lie, because I liked the name.  My books are now published under their imprint DarkStroke which is specifically for stories with a dark edge.

Independent publishers have the freedom to make their own decisions so are often more willing to take a chance on a debut author. They don’t generally have the budget to promote your books, however, and it’s the juggling act between writing and marketing that I’ve found most challenging although it can also be rewarding. This year’s been particularly tricky as like many other authors I’ve had to cancel book talks and signings because of the pandemic, although I have done a few Zoom talks.

On the other hand, during lockdowns I’ve been writing another psychological suspense which I’ve been bashing into shape with the help of some fabulous beta readers. I don’t yet know when or how it will be published but watch this space!

Thanks for having me. I love to connect with other authors

The Suspects is free to read on Kindle Unlimited or you can buy it here https://www.amazon.co.uk/dp/B07PRCJ785.

I blog about books and writing at Katy’s Writing Coffee Shop here https://katyjohnsonblog.wordpress.com