The Wolfblight Saga by Simon Steele 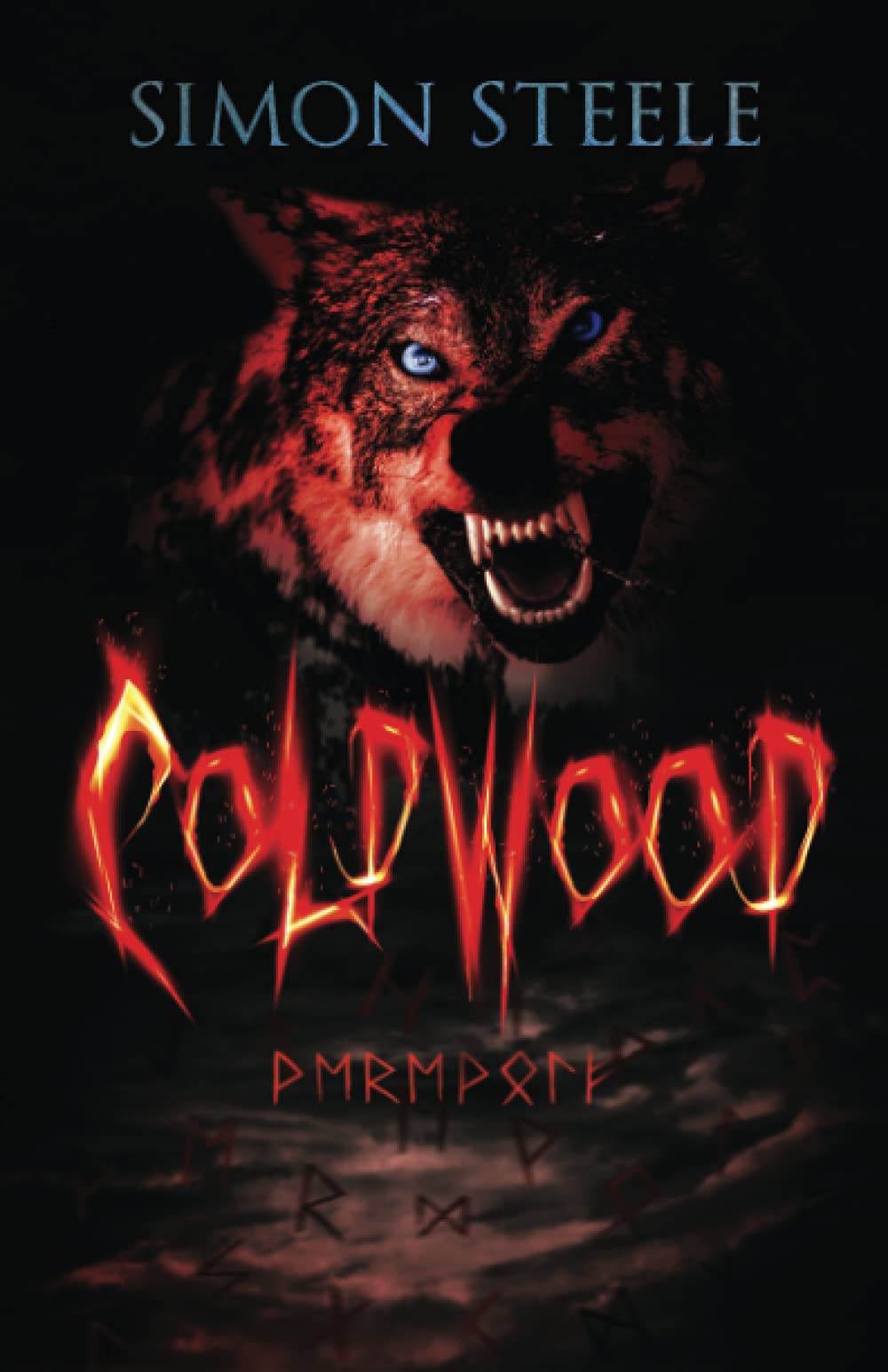 The book Wolfblight and its sequel Coldwood are horror novels set in Viking Norway during the ninth century. The story in its simplest form is about a couple named John and Ulva who have moved to Norway to start a new life together after suffering a recent tragic loss. One night Ulva is bitten by a werewolf and John, along with Ulva’s brother Einar and their friends Brenna and Kit must travel across the land to reach a place known as Coldwood, an ancient forest where a cure for Ulva’s lycanthropy lies in wait, an artifact known as the Salarhreinsir.

During the course of the books, Ulva, John, Brenna, Einar and Kit face off against many horrors and dangers, including the Cult of Fenris, a fanatical group of people who want to destroy the Salarhreinsir and spread lycanthropy across the land on the whims of their leader Fenrir, the one who brought lycanthropy to Norway. It was one of the cultists that bit Ulva when he tried to take an artifact from her known as Vulthur the Vargslayer, which is the key to activating the Salarhreinsir’s curing powers.

The books are heavily inspired by Norse mythology and were partly inspired by stories of berserkers, ancient warriors of Scandinavian folklore who would don the skins of wolves and bears to invoke their power in the form of an unstoppable fury.

I wanted to write these books because of several reasons. Firstly I have always been passionate about creative writing since I was a child and I used to write stories as a form of stress relief. Writing this book helped me emotionally and mentally cope through lockdown during the COVID pandemic and allowed me to turn my passion into something more tangible. Secondly, for a long time, I have been disappointed by the current state of werewolf fiction and literature. There are hundreds of great works out there, but none of them proved satisfying to me personally and most of them focused on shapeshifting romance rather than pure horror. I wanted to write my own work not to prove that I can write a werewolf novel better than anyone, but rather I wanted a werewolf novel that I would fully enjoy, a work that I would want to return to over and over again.

In writing these books, I wanted to give my own spin on the classic werewolf mythos without straying too far from established werewolf lore. To do this, I deliberately set my novel in a time period that hasn’t been largely touched upon in werewolf stories, the Viking era rather than the Victorian era or modern day. I also dispensed with the cliches of having the victims transform under a full moon and establishing pack hierarchies under a powerful alpha. I also gave the lycanthropy affliction an actual name, something many works I read did not do and I wrote lycanthropy more like a debilitating disease rather than a magical curse.

The target audience for these books and the planned Wolfblight Saga series are young adults and largely anyone over the age of eighteen. I hope that the books will delight aficionados of both fantasy and horror as both genres are represented here. What I want readers to get out of reading my novels is a sense of escapism. I want my novels to be an exciting and dark adventure that people will enjoy, something that isn’t too deep or complicated and something that people will want to return to time and time again as I have.

My current plan for this series is to write a total of six books, the first one being Wolfblight and the second one being Coldwood. As of writing this article, book three is currently being written. The entire story has been roughly planned out and I believe six books will be necessary to tell the entire story in a satisfying way. That might change however as I write the series over time, though I hope it won’t come to that.

Personally, I was born in South Wales in the United Kingdom and my first work was published in 2003 when I wrote a two-page horror story for a publication that contains stories written by school children. I am both autistic and a non-practicing Norse pagan. My favorite authors include Christopher Paolini, Stephen King, Roald Dahl, JRR Tolkien and the Brothers Grimm.

In concluding this article, I would like to thank Author’s Lounge in giving me the opportunity to talk about my books and my work.