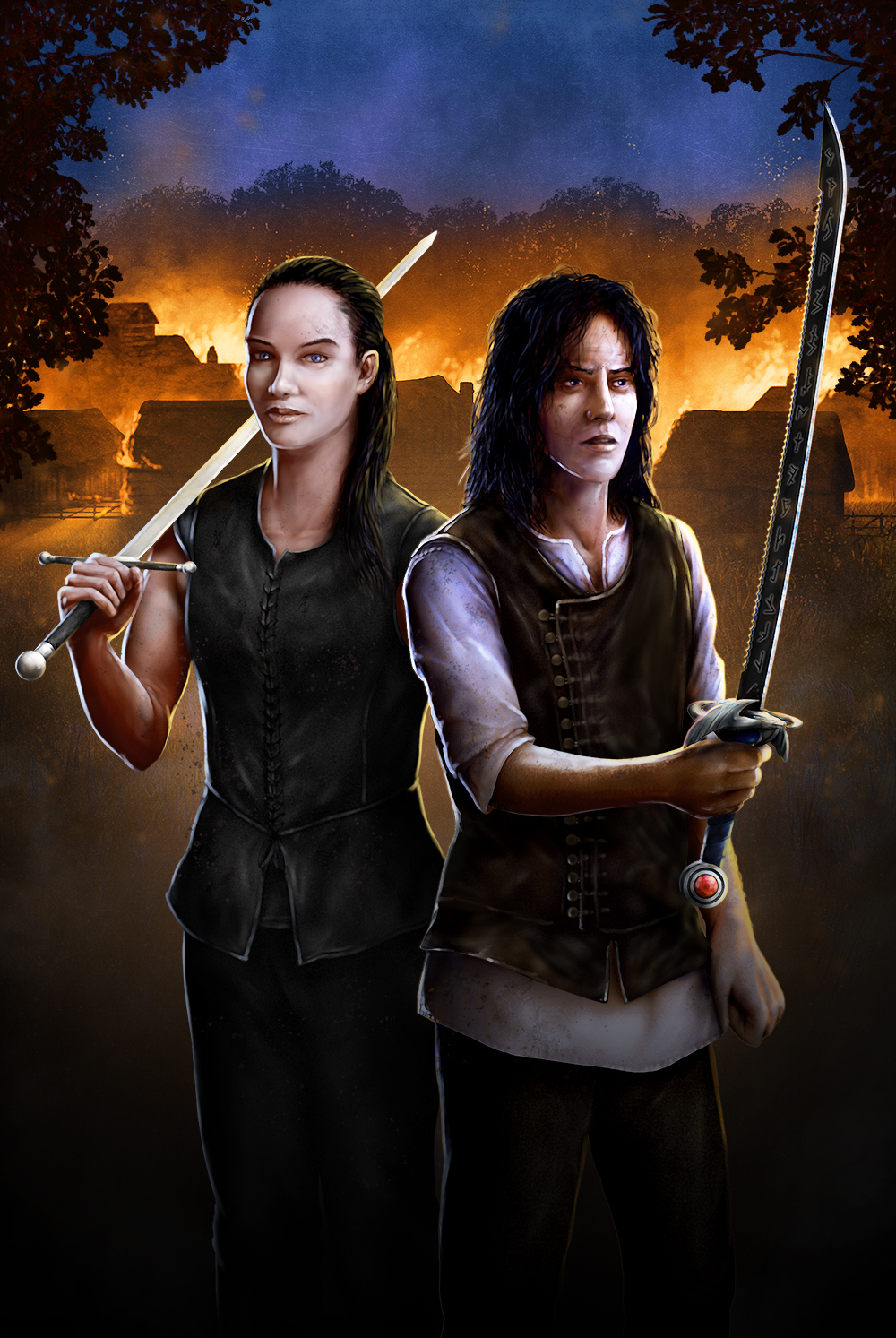 The Soul Blade is a captivating epic Fantasy set in a new unique world.

Evelyn meets with her council of vampire mages in Purgatory to discuss the creation of a blade that she intends to pass on to one of her creations. Evelyn becomes quite vexed to find out that her timetable is not going to be met and she must now force her mages to do what needs to be done. She gets her ogre blacksmith to complete the crafting of the blade and then seeks the mages’ conclave to perform the spell to enchant it. Before the blade is enchanted Evelyn confirms to the leader of the mages that the sword will require a soul to power it and that her next child will have one.

Corrin is the child of Evelyn, the mother of all monsters. She is known to him as Katrina and his father is a human man named Kalen. When the book opens Corrin is dealing with the disappearance of his mother and the loss of the love of his life Kerrina. Corrin’s father gifts the blade that Evelyn created to him at the insistence of Corrin’s aunt. Throughout the next several chapters you are immersed in an environment that shows what the towns and fellowships, as well as the other characters, are made of. There are several battles that take place that you get to see from a great many angles. The groups of different characters are pushed to a breaking point in which they must make a heavy decision, run or fight.  In these chapters, you are also immersed in Corrin’s relationships with all of the different characters as the characters develop from the students they are to the heroes they will become. Corrin will become the main character that you will hear about throughout this book. When the town of Teverin falls, Corrin and his classmates join the guild that hunts down supernatural phenomena with the goal of avenging their losses.

The characters develop into heroes as the story goes on and when they learn that another child of Evelyn, the dragon known as Aashimaar destroys the guild base they vow to go after the dragon and continue to help Corrin in his quest to stop his brother. Back with the vampire mage conclave, you are seeing the dark planning coming to light again that will give you a glimpse into the type of characters they really are. This culminates in Evelyn’s plan coming to fruition. The groups have seen a great many encounters and this then leads to a strange new hooded figure advising of the coming storm. At the end of this book, you’ll see the students have become heroes and they all stand between a monstrous force and the town of Xylas and prevail as one hero makes the ultimate sacrifice to save his friends. You are introduced to a couple of new people as well, including Corrin’s sister who helps to save the group. The group sets up in Teverin after the base’s destruction as they plot to attack Aashimaar. You learn one of the new antagonist characters is the demon Alistair and one is only known as the stranger in a hood. Through the short back and forth between Alistair and this mysterious stranger they both determine what the best course of action will be for the traitor that stole from them and shall also happen to anyone that helps them, including the mother of one of the heroes that is last seen being dragged from a room by Alistair.

The Soul Blade is the first of five books in the Anthology of Legends series. As the series goes on a romance arc will take place between Corrin and Kerrina as he attempts to regain her trust after he is framed for murder. The arc takes the two of them through many highs and lows throughout the series.

The Soul Blade available now on Amazon!!! Get your copy now!!!