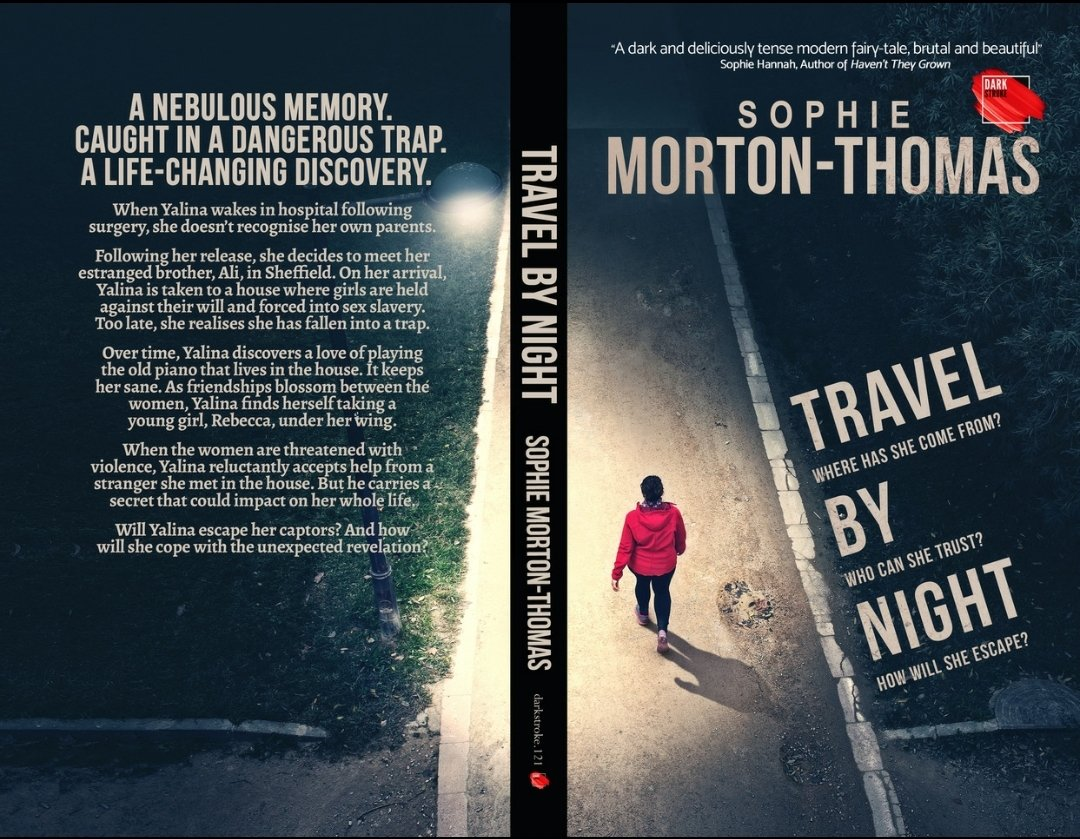 Thanks Elizabeth for having me introduce myself and my debut novel in your Author’s Lounge. I’m a British writer but I’ve only been writing for about two years now, starting with a couple of short stories and flash fictions which were shortlisted in competitions and gave me a little confidence to keep going and write something more substantial. I’m an English teacher and avid reader, so I’ve always been reading and writing, and just recently I was given a place at Cambridge University to complete a Master’s degree in Crime and Thriller Writing.

I wrote Travel by Night in the summer of 2020 over the first lockdown we had. I knew I wanted to develop a strong female character who had undergone some kind of operation and would wake to not really know who she was. I wanted the story to have a feminist theme to it, but this might not be apparent for much of the novel, as Yalina, the main character, has to endure so much at the hands of the men who take control of her life. At first she seems voiceless, but as the story develops, I wanted the reader to discover that she was in fact a strong character with very strong loyalties to the female friends she makes throughout her life in captivation. Yalina looks up to one of the other women, Ruby, who is brave enough to leave, and often thinks of her, wondering if one day she too can find the same strength to run away.

Yalina is from a Pakistani family, and she holds faint memories of her Muslim father being concerned only with her reputation and how she is perceived by society, rather than her own happiness. I wanted this to be woven into the story alongside the abuse at the hands of the traffickers. She is haunted by memories of her father’s rule over the family and is drawn to the contact she has made with her estranged brother, Ali, online. Even though he is male, Yalina sees him as her saviour, and the story moves on from her waking up in hospital to catching the train up to Sheffield to meet him. Something doesn’t quite go to plan, and Yalina finds herself being herded into the life of a sex-trafficked woman, against her will. After managing to escape from where she is being held temporarily in a barn, Yalina is recaptured, and weeks later, we hear of her living in a house with several other women in the same predicament, and only a piano as a source of joy. The music that she finds herself creating lifts her out of her misery and to a different place altogether. Yalina uses a stolen laptop to gain access to her brother Ali, who has not managed to rescue her, but responds instead to her other request of sending her some sheet-music.

I thought the book might appeal to anyone who likes a gritty, true-to-life story which is also a thriller with a significant twist at the end. The subject matter is not for the faint-hearted, but I wanted to write something that depicted what some women go through in real life. I used the backdrop of the Peak District in the north of English as somewhere where the dark beauty would reflect the isolation and difficulties these women face. In the news in recent years there has been more and more coverage of sex trafficking all over the world, and I was harrowed to find it happens in the UK in many areas too. After a short time of living near the Peak District area, I was certain that one day I wanted to set a significantly dark story there.

I am currently writing my second novel but it’s of a less dark nature and is my first attempt at a Whodunnit. Hopefully readers will like it!