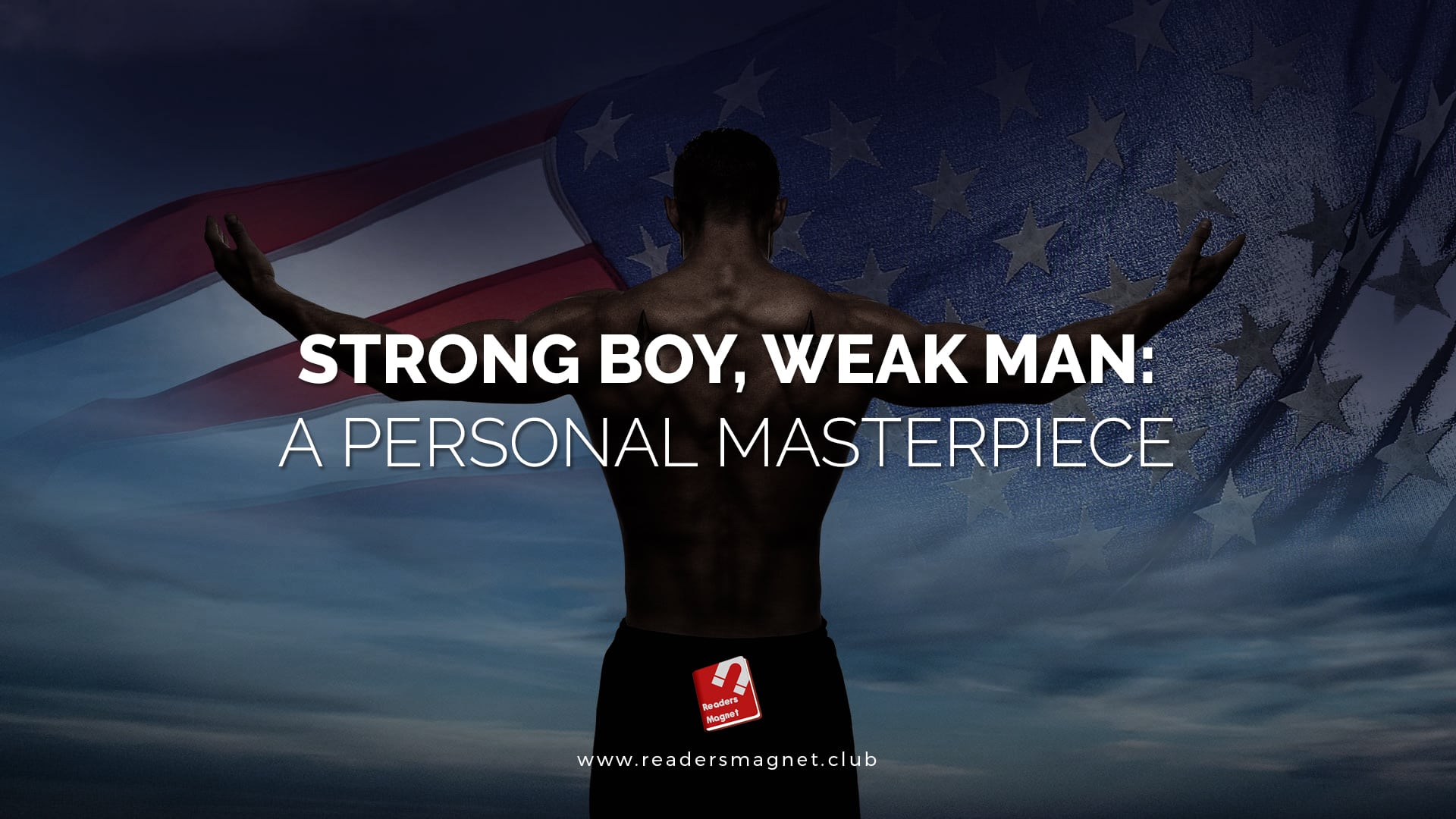 Strong Boy, Weak Man is an attempt to accomplish the special goals by Earl Robert Key. This semi-autobiographical novel reflects several realities not only for Key, but for much African-American youth struggling to find identity, dignity, and a life of prosperity. Strong Boy, Weak Man is a personal work to say the very least. Michael DeAngelo Nicholas may not be Earl Robert Key’s alter ego, but certainly, his childhood and adult experiences mirror some of Key’s own encounters. Earl Robert Key first wrote the manuscript when he was only nineteen years old, and yet the narratives he spun in this book are both remarkable and poignant.

Strong Boy, Weak Man follows the saga of Michael DeAngelo Nicholas, starting with his childhood in the rural town of Batesville, Mississippi. DeAngelo’s family earns a living by maintaining small farmland (common among families in the area). Michael wants to help improve his family’s status and dreams of becoming a professional boxer someday. Early in the story, he meets a kind doctor named Melvin Gray. Gray is a psychologist from Washington and is visiting the town hoping to find a success story he could write about. Gray becomes a good friend to Michael throughout the book.

Mike enters school but finds little interest as his goal is to earn money and become a prizefighter. He tries all sorts of jobs and soon discovers that he also has a talent for cutting people’s hair. He finds a job at a local barbershop. Michael also helps his family with farm work. Later on, he tried football and shoe shining but both proved to be a short stint for him. As time passes by, Mike realizes how futile his efforts are. He really needed to get out of the small town and continue to dream big. As he continues to nature, he encounters the harsh realities of adult life. He experienced heartbreaks and multiple failures both at work and in personal goals. His greatest trial was when he lost his loved one. Mike turned to drugs and other activities. Eventually, the book ends with Mike reuniting with his good old friend Dr. Melvin Gray, who asked for him moments before his death. After the passing of Gray, Mike went on to fix himself and pursued a more peaceful life.

Earl Robert Key’s Strong Boy, Weak Man reflects the life and times of African-Americans not only in Mississippi but also in various parts of the United States. Even after the abolishment of slavery, millions of black Americans are still struggling to achieve a dignified life. The socio-economic imbalance, racial prejudice, and the cultural gap all contribute to their struggle. Many African-Americans dream of a quick escape from poverty. Even today, thousands invest their time in music, sports, and entertainment in the hopes that it might bring them quick success and prosperity while millions are still trying to get the education that they need with the goal of finding lucrative jobs or positions both in corporate and public institutions.

Strong Boy, Weak Man tells the plight of many youngsters in America whether they are white, black, Hispanic, or of Irish descent. They long to find their own identity and place in the vast and cruel world of America. More than anything, Key’s masterpiece tells us the story that represents the human narrative arc of dreaming, struggling, and finding redemption. And in that part, he is most successful. Earl Robert Key’s Strong Man, Weak Boy is nothing short of stellar, a novel worth reading over and over again.