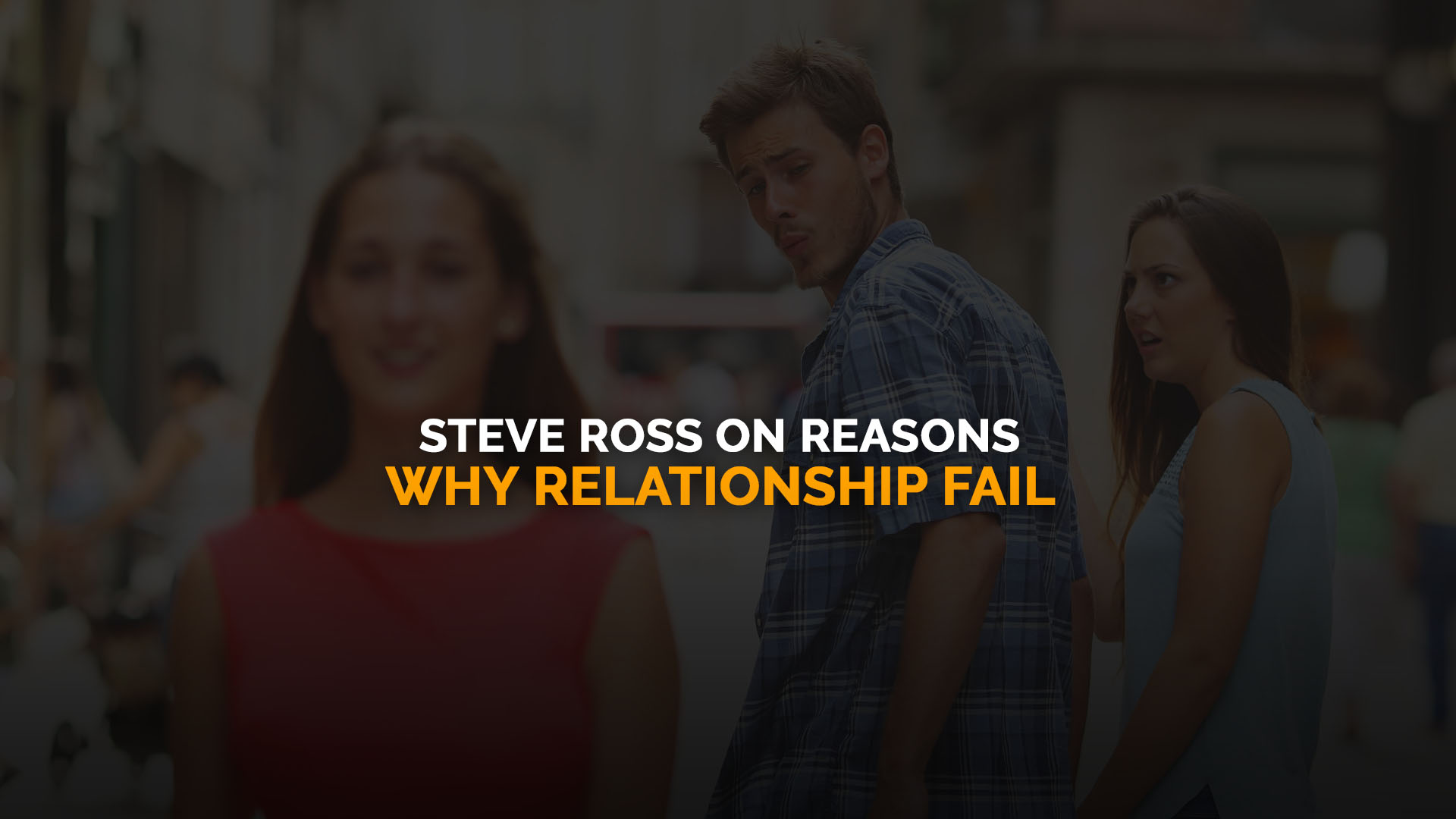 Steve Ross, author of Alternate Reality and a sociopath, shares his thoughts on why relationships fail.

Steve Ross a.k.a. Glenn Davis is an author and a sociopath. In the past, we have featured him and his published work Alternate Reality: The Mostly True Story of How I Became a Sociopath. This amazing and one-of-a-kind book dispels many myths and misconceptions about sociopaths. In his book, Steve Ross shares his childhood, relationships with others, his career, and how he became a family man seemingly living the normal life. Alternate Reality shows us that sociopaths are not bad as the films and literature portray them to be. In fact, they can be everyday people or professionals living among us.

Below are three reasons why most relationships fail as viewed from the perspective of a sociopath:

Most People are Horrible People

People are by nature good. While Steve Ross believes that most people are good, he also thinks we have been unable to practice genuine goodness during the past four decades. Ross states that we have forgotten how to be kind no matter the circumstance and be respectful to others even when they are in disagreement. In short, we have become uncivilized in a supposedly civilized era. And often, that lack of kindness and respect is expressed and translated into relationships. And kindness and respect are the two basic expressions of love. You cannot hope to love someone or be in a relationship with her or him if you do not have respect and kindness towards that person. According to Ross, it doesn’t work and will only leave a deep wound that lasts forever.

“I was just months into my separation from a thirty-year marriage to a narcissistic cheater who used me as her personal money slave. My girlfriend was one year free of her eight-year relationship with a physically abusive cheating sociopath (one of the bad ones) and had hopped directly into that relationship after ending her 20-year marriage because of her husband cheating. It was wonderful to finally find the female version of me, and she always remarked on how we should have met when we were younger. We were in love and extremely happy, which triggered her baggage, and she started digging for proof that I was cheating on her like her last two relationships even to the point of hacking all of my accounts and reading every email and every DM ever sent on Facebook. This turned into extreme jealousy of every female who would look at even girls I coached in soccer for years and me. This was a huge strain on the relationship and eventually would begin to trigger my baggage when I noticed her doing things that my ex-wife would do or say, which made me look at her as my ex-wife version 2.0. Both of our baggage issues became larger and larger until it finally ended the relationship after 19 months. Eventually, our emotional scars killed our happiness.”

Lack of Knowledge of the Opposite Sex

this: Sit down with your partner and discuss what the word “love”

versa. If not understood, these differences in how we think eventually cause

strife and disengagement between a couple.”

Being in a relationship is a work in progress, even for sociopaths. What Steve Ross is trying to tell us is that it is okay to have differences. What is important is to open yourself to getting to know your partner and yourself as well.

Steve Ross offers many insights into nurturing and being into a relationship, aside from the three items above. Ross also discussed why men cheat on Alternate Reality book. To know more about Steve Ross and his ideas, you can purchase a copy of his book or visit his website today.