Rick Badman and the Near Future Sci-Fi 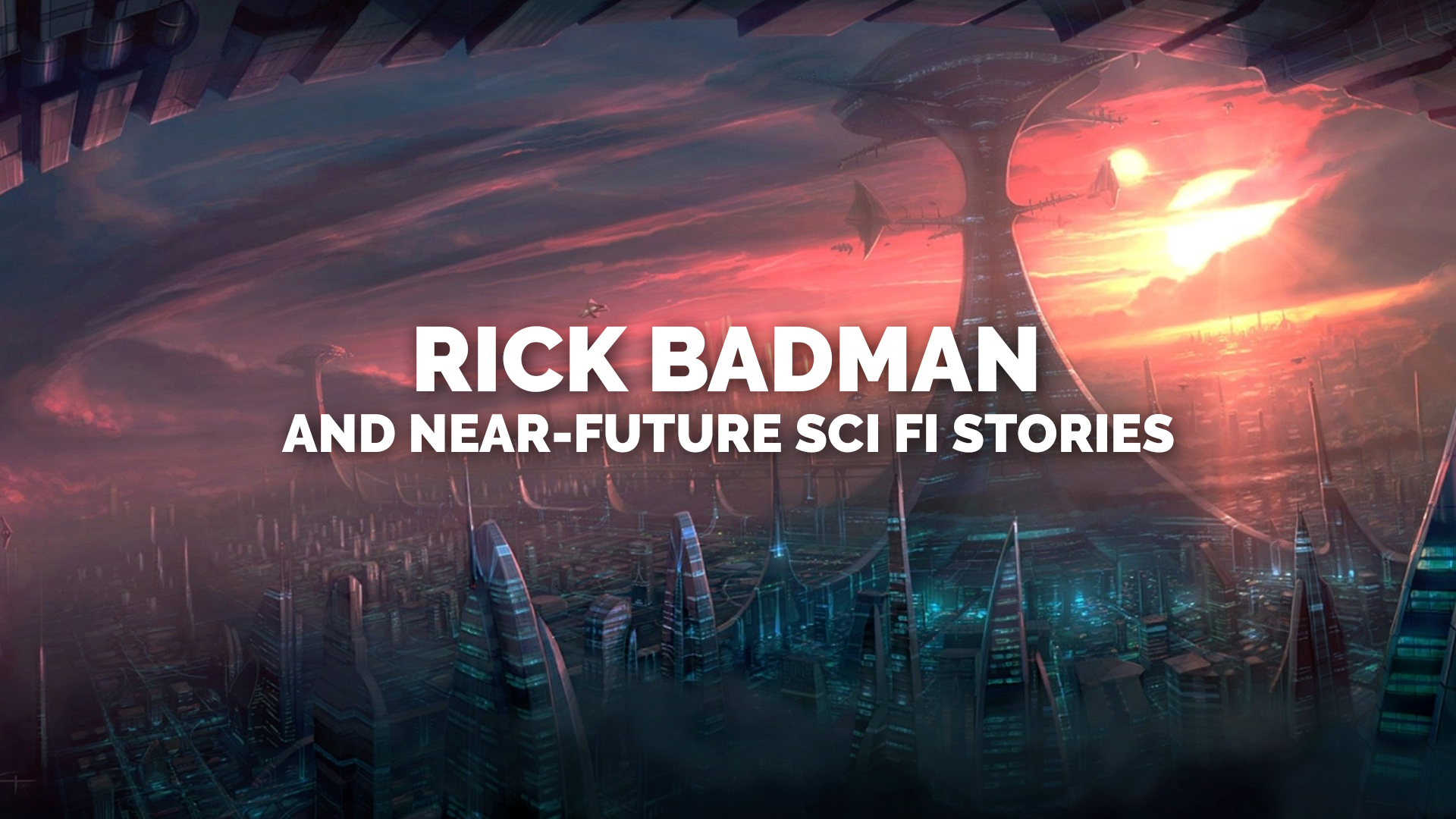 Rick Badman is carving a name for himself via his remarkable near-future science fiction novels.

Science Fiction as a genre has always gathered a huge following. Sci-Fi is also one of the largest, if not, the largest among literary genres. It covers a wide variety of sub-genres, themes, and categories. Some of the sub-genres include Alien Invasion, Alternate Reality, Dystopia, Hard Sci-Fi, Light Humorous Sci-Fi, Dark Fantasy, Military Sci-Fi, Mutant, Nano Technology, Robots and Androids, Science Fantasy, Steam Punk, Utopia, Space Opera, Time Travel, Horror Sci-fi, and Near-Future Sci-Fi, among many others.

Rick Badman is a sci-fi author best known for his near-future narratives. Near-Future Sci-fi is defined as a sub-genre of science fiction set in a universe that features a natural progression from our own, and some technological and scientific advancements are remotely possible and utterly real. They are also characterized by events that can happen after a few more decades or within a millennium. Rick Badman’s works feature these qualities but with emphasis on the car and automotive technologies and other inventions. Below are three of his famous science fiction works.

In his first book, The Madhouse Projects, we are introduced to automotive engineer Dick Thurman who is dismissed from a California University. He then begins working for a mysterious company at an underground research and development installation in Arizona. The place is aptly called the Madhouse due to all the weird activities there. Dick meets various people who work on projects there for a shadowy organization called BOSS. It is an acronym for Backers and Organizers for Sensible Solutions. Dick is able to build fly-wheel-power electric Indy cars to be raced at the 2037 Indianapolis 500. Dick’s wife Kate also begins working at the Madhouse. She creates a virtual reality program that gets information out of a South American drug lord that nails people with drug charges. Later she also develops a micromachine system that allows people to experience good mind trips. Soon after, Dick is finally able to invent a levitated flying car that uses a double-field motive system to levitate and field displacement to fly like UFO. The Madhouse Projects is the start of their adventures which includes going to Europe and Russia to help better the society and the conditions of the world.

Tales From Newgate is an earlier work by Badman that features Newgate; a fictional city is like Gotham City, Metropolis, and Smallville. However, the only difference is that Newgate was founded as an interdimensional portal city that has access to numerous dimensions. Unlike time travel, in which people go forward and backward in time and possibly change the future, the usual laws of time travel do not apply in interdimensional shifting to other dimensions. If one is to shift to a dimension and save Lincoln from an assassin’s bullet, it won’t prevent the Lincoln in this dimension from dying. When you consider that Lincoln was suffering from Marfan’s disease, he might have been dead by autumn in 1865. This is part of Rick Badman’s ‘what if?’ experimental writing.

The Russian Madhouse by Rick Badman is the sequel to The Madhouse Projects. The Russian Madhouse follows Dick Thurman, whom we first met in the previous book, as he becomes a director at an underground research and development installation in Siberia. Dick and his wife Kate arrive in February 2040 in a flying car. He convinced the Russian President, who looks like Stalin, to start the installation that is referred to as the facility. The Russian leader is shown weapons and enhanced humans. He intends to use them to rebuild his military that was almost destroyed in Israel. The Russian Madhouse is a wacky and outrageous sequel that features Russian vodka being shipped to Mars aboard a spaceplane flown by a former nude model who is now a Christian Rocket scientist. On the way to Mars, the spaceplane is intercepted by the Starship Aremulac. Dick, Kate, and Maria experience programs of various scenarios on their way to alien empire.

To know more about Rick Badman and his works, you can purchase copies or visit his website today.