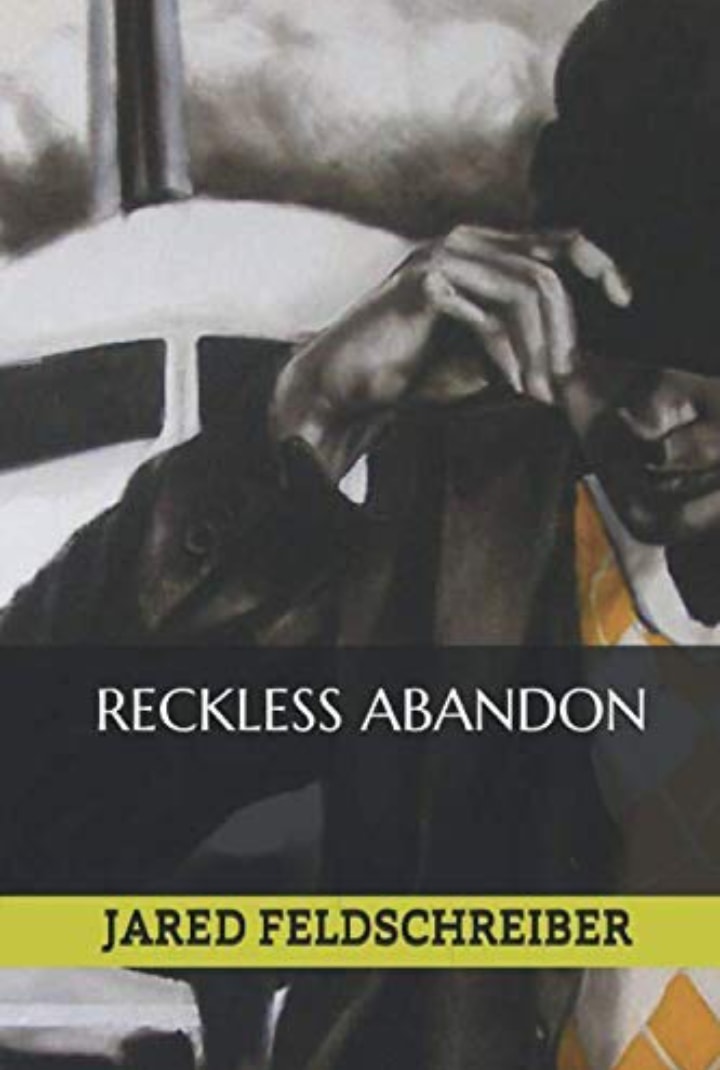 Reckless Abandon, my debut novella, depicts an up-and-coming playwright seeking to assemble his ‘dream project’ involving Woody Allen, Dustin Hoffman, and Bob Dylan. The genesis of what propelled these artistic shapeshifters is not so much the focal point of the novella as it looks more toward “the potent drivers of the creative process itself,” as one critic has already noted about it. The novella’s protagonist, John Duggan, grows ever more inspired by not just his cultural heroes’ hunger, and resolve, but is also struck by the fickle finger of fate, and discovers that by enduring the drab — though necessary — business world, he is, in turn, shaping his artistic destiny.

Reckless Abandon’s plot can best be compared to the MacGuffin in an Alfred Hitchcock film. The term, originated by Agnus MacPhail and adopted by Hitchcock, means that an object, device, or event necessary for the plot and characters’ motivation, may ultimately prove insignificant. For my protagonist, John Duggan, his goal is to get to Slane Castle; a vaunted historical grounds site turned concert venue, and it is where he hopes to give Dylan his play — Reckless Abandon ­– just before the troubadour must hit the stage. Whether John seeks validation, affirmation, or a “tip of the hat” from Dylan I deliberately keep vague, but John’s real reward is within the ownership of his work. Many speak about being an artist, and critics often write long volumes about it, but going through some of these travails demonstrate that my protagonist is above all, a brave, determined, and clear-eyed person.

Reckless Abandon is as much about Dylan, Hoffman, and Allen, as it is about Irving Mitchell Felt who constructed Madison Square Garden, and Beth Henley who won a Pulitzer Prize before she was 30 years old. While the “master builder” Robert Moses had many detractors due to some discriminating practices, he helped to construct much of New York’s incredible scope that visitors and city residents marvel at today. Moses’s adage, “Parks are the outward visible symbol of democracy” becomes a mantra for John, as the central character is continually reminded that creative willpower knows no boundaries.

As I expressed in the Author’s Note, Reckless Abandon is not an autobiography, even though some of the motivations of its protagonist may share some of my interests and inklings as a writer and journalist. Surely, I identify with John and his marveling of great artistic shapeshifters who transcended their time. I will concede that I spent considerable time making all facts in the text– even presented as asides — as accurate, precise, and authentic, as necessary. I spent long hours, for instance, at the New York Public Library in its microfilm department where I sought to match the specific historiography to the imaginative world I was creating – particularly in the summer of 1984. I took considerable time with this research, in part, to remind my readers that I did not take them for granted.

Reckless Abandon seeks to champion the importance of great writing and give homage to the legendary writers before me, from Norman Mailer to David Mamet to John Dos Passos. I do not consider my work to be anywhere in their pantheon, but I was conscious of the symmetrical threads and considerable costs and sacrifices they took to achieve such greatness. As a personal anecdote, I remember meeting Norman Mailer on a plane months before his final novella The Castle in the Forest came out. I vividly recall Norman imploring me not to bother him on the flight as he had “lots of work to do.” I still can visualize the countless handwritten pages sprawled out on his tray table. Some say, “never meet your heroes,” but I beg to differ. Mailer’s The Armies of the Night¸ his literary nonfiction account of the March on the Pentagon is not just my favorite book, but it also serves as the North Star for Reckless Abandon. The target audience for Reckless Abandon remains an enlightened literary bunch who can contextualize many of the cultural motifs I allude to throughout the story.

My goal now is for Reckless Abandon to be translated into as many languages as possible since I know its themes have already resonated with many of its readers. Upon its release, I made sure that Reckless Abandon would be made available at various independent bookshops, record stores, museum gift shops, and public libraries. This will not stop as my new expanded edition, which includes a dynamic new Foreword by noted Getty photojournalist Katy Winn, and a new Afterword by me has given it added depth. In 2022, I will make media appearances on podcasts and elsewhere.

I believe in all aspects of Reckless Abandon, and I am grateful it has already touched readers for a myriad of reasons. In addition to my parents, I am so grateful to Justyna Miklasiewicz whose remarkable cover painting, Seaglopur, helped epitomize many of the lofty themes I wrote within the book. I may not be “lost at sea,” but Justyna’s brilliance in her painting subliminally and enchantingly mirrors my protagonist’s struggle and triumphant journey. Justyna’s immense breadth of work continues to inspire me.