On the Brink of Despair by José G. Tavarez 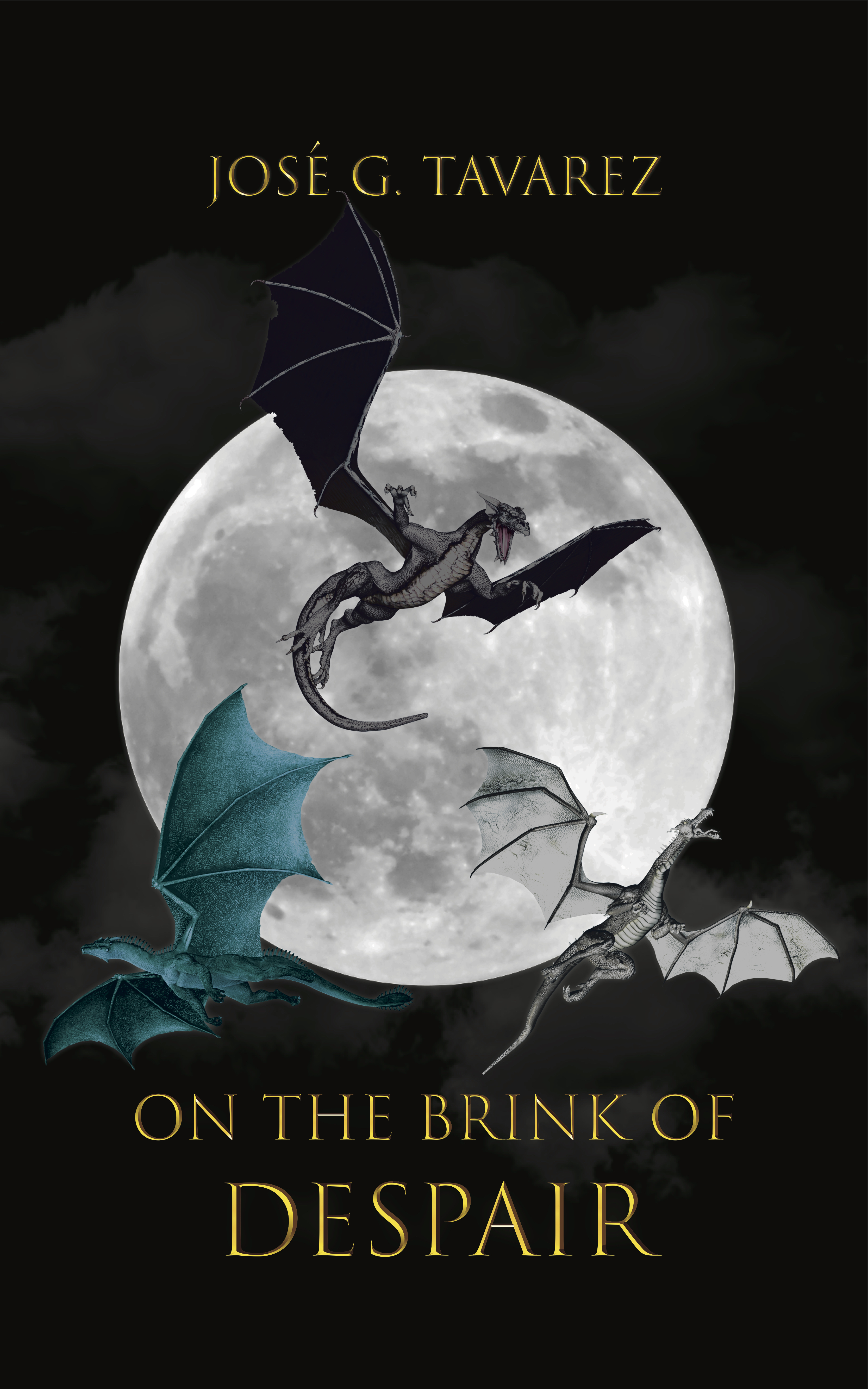 On the Brink of Despair is the first installment of the Lunar Champion Series. This story revolves around the Lunars, a warrior race that originated in the Hidden Moon. The Hidden Moon is a moon of the Earth’s Moon, invisible to anything outside of its atmosphere. Lunars are capable of special powers, unique to the user. The Lunars faced tragedy one day, where most of their population were slaughtered. The Lunars were forced to flee the Hidden Moon and settle on Earth.

Three generations pass since the slaughter. The Lunars built the Lunar Castle, where the Lunar King and his nine Lunar Masters reside. They rule over the four Lunar villages surrounding it: Northern, Southern, Eastern, and Western Hidden Moon Villages. The Lunar King and his Lunar Masters were murdered by The Lunares Furcifer, a group of the ten most heinous and powerful Lunar criminals the Earth has seen. They ravage other villages as well as murder, rape, and steal. The Lunares Furcifer’s leader gained the notorious title ‘Kingslayer’ after murdering the Lunar King.

The main character is a young man named Zane. He is the only Lunar that was born without powers and he encounters hardship as he grows up because of it. His dream is to become the strongest Lunar warrior the Earth has seen, an inspiration made by his hero, Raphael, the Lunar Legend. Raphael single-handedly defeated The Lunares Furcifer and The Kingslayer, sealing their powers and sparing their lives.

The Southern Village Magna Prodigium, Stark, has received orders from a mysterious group of higher-ups to restore the powers of The Kingslayer and The Lunares Furcifer to aid in eradicating humanity and destroying Earth. By doing so, they will force the Lunars of Earth back to the Hidden Moon. Stark restores The Kingslayer and The Lunares Furcifer, they join him to pose a threat to the world once more.

Zane and his friends embark on a journey to the other villages to gather allies and put a stop to Stark and The Lunares Furcifer before it’s too late. Zane will learn to grow as he embarks on his journey, meeting many new allies and mentors that will help him achieve the power to put a stop to Stark. Seeking the help of other Magna Prodigium from the other villages as well as the three mythical Lunar Dragons, a civil war between the Lunars and Stark with The Lunares Furcifer will shake the world. With the fate of Earth resting on Zane’s hands, he takes it on himself to defeat Stark and The Lunares Furcifer to prove to the world that he is capable of achieving his dream.

Future of the Series

José G. Tavarez started writing On the Brink of Despair in 2008, keeping the story a secret from everyone he knew until eleven years later. He’s very passionate about inspirational stories and he wanted to write a story that would inspire others to pursue their passions. Although he hoped for others to be inspired by his work, he was too shy to share his work with anyone.

He started writing On the Brink of Despair as an escape from his rough middle-school career. He was frequently bullied and batted depression. He created a unique world that immersed him so much that he would forget about his real-life struggles. Due to the excessive bullying, he felt that no one would accept his tory and possible give him a harder time for it.

José is a big fan of science-fiction and fantasy, he molded both genres to write his story. Drawing inspirations from various passions in TV shows, movies, and video games, José molded his story throughout the years with his own unique twist. As a big fan of anime, he hoped to write a book that bridged the gap between novels and Shonen anime/manga. If you’re a fan of that style of story telling, you’ll enjoy On the Brink of Despair.

Learn More About On the Brink of Despair

To learn more on the Lunar Champion series, visit https://lunarchampionseries.com

Pick up your copy of On the Brink of Despair:

Thank you to ReadersMagnet Author’s Lounge for featuring my book!