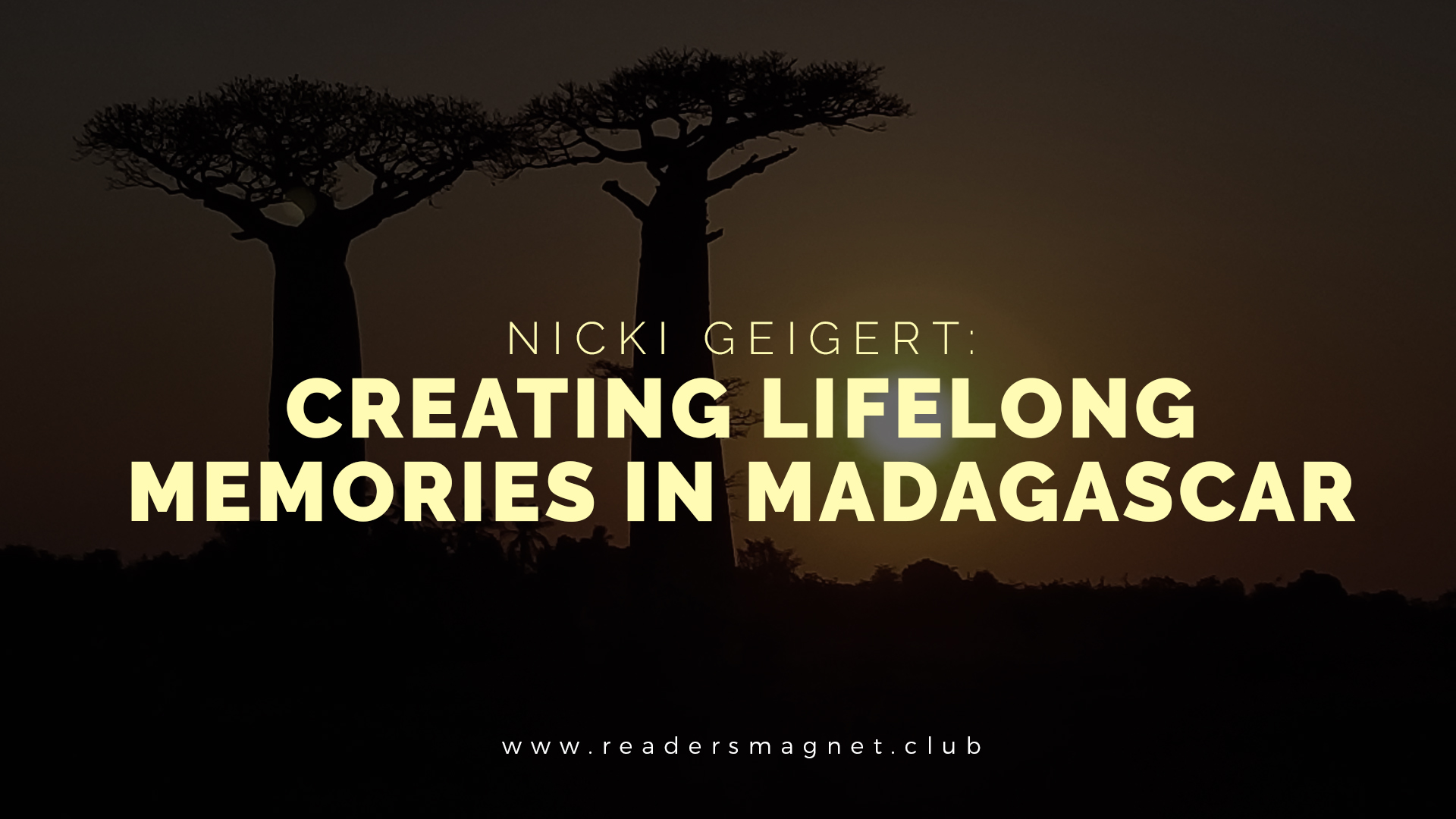 When we hear the word ‘Madagascar’, we think of this far-away African country with arid lands, a vast sunny region far from civilization, occupied by wild animals. However, Madagascar isn’t at all like that. The second-largest island country in the world, Madagascar is rich and bountiful. It is one of the most important biodiversity hotspots on the planet. Madagascar also is proof that African countries are not all drylands and savannas. It has highlands, plateaus, rivers, and marvelous beaches. Travel photographer and author Nicki Geigert has been to many places. In 2014, she and her family visited the country of Madagascar. In her travel book,  Family Trip To Magical Madagascar And Beyond, Nicki Geigert shares her lifelong memories on Madagascar trip.

Nicki Geigert and her family visited Madagascar in 2014. The trip said was documented in her book Family Trip to Magical Madagascar and Beyond. The trip also included their visit to Harare, Zimbabwe. Geigert’s Madagascar Photo Tours shows the places they visited, both familiar and lesser know spots (or less photographed). Through Nicki Geigert’s lens, we see Madagascar in another light and from another perspective. Geigert’s photo of the famous baobab trees along the famed Alley of the Baobabs during sunset is just mesmerizing. Nicki also took photos of the Tsingy de Bemaraha taken from a different vantage point makes you observe more closely its pattern. The Tsingy is the famous limestone formation and one of the most photographed tourist spot of Madagascar. A worm’s eye view of the Baobab trees under a starry night sky just takes your breath away.

Aside from the usual spots, Nicki Geigert also captured photos of the country’s rich collection of animal species such as lemurs, reptiles, and insects. Madagascar is home to 103 species of lemur. It is also home to over 200 species of reptiles. With over 14,000 plant species, Madagascar boasts a wide array of plants and flowers, most of them not found in other parts of the world. Many of these plants and animals are featured in Nicki’s Madagascar Photo Tours. The album is a collection of 50 high definition photos that features the countries flora and fauna.

Aside from tourist spots, flora and fauna, and other landscapes, Nicki Geigert shows us the unique vibrance of Madagascar through the images of children, people, and the community. Through the images, Nicki Geigert captures the life, culture, and tradition of the people living on this lovely island. Whether it’s a photo of children playing on the beach, a boatman making his daily to one of the country’s rivers, a villager reading a book inside his home, or a mother standing by her fruit stand, Nicki Geigert captures the energy and spirit of the Madagascar locals.

Overall, Nicki Geigert’s images of Madagascar provide us a glimpse of a beautiful country in the heart of an African continent. And though we might not be able to actually visit Madagascar, Geigert’s beautiful photos will forever leave a lasting impression of the majestic island-country.

To know more about Nicki Geigert and her works, grab a copy of her travel book, or visit her website today.

Nicki Collins Geigert is an author, travel writer, photographer, and designer. She received her B.S. in Physical Education degree from Washington State University, Pullman, WA in 1969 and M.S. Ed. In 2002 she finished Curriculum Design and Development from National University, San Diego, CA. Her passion for photography started at a very young age. Today, aside from her travel book Family Trip to Magical Madagascar and Beyond, Nicki Geigert has a vast collection of photographs from all her travels.