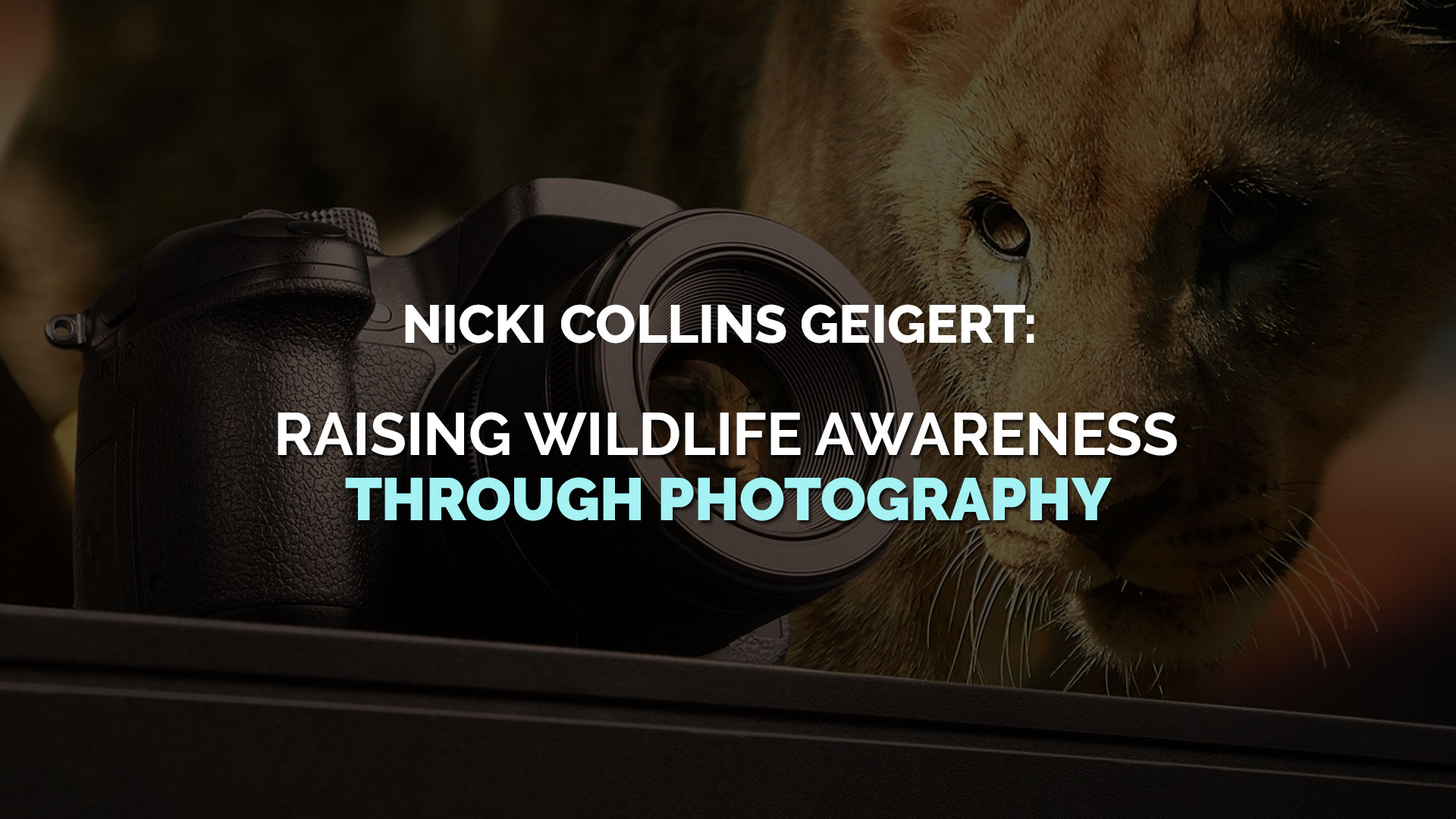 Nicki Collins Geigert is an author and a travel and wildlife photographer. She has published several photography books featuring flora and fauna from various continents like Africa and Australia. Since last year, we have featured many articles about her books, including Family Trip to Magical Madagascar, Holy Cow!, and Bianca’s Big Adventure. Her most recent work is Who’s Yawning Now?, a book on variety of wild animals caught yawning. Today, we will feature how photography helps raise awareness on wildlife preservation and animal protection.

Taking photographs is such a unique activity. It enables us to capture exact moments and immortalize its images. Wildlife photography, in particular, is a powerful hobby and endeavor. Wildlife photography captures the magnificence of nature, the majestic birds and creatures that roam the planet, the fantastic ocean and underwater sceneries teeming with life and wonder, the magnificent trees, and forests, and mountains. Wildlife photography captures the Great Circle of Life found in rainforests and beautiful biodiversities around the globe. We can travel to different lands, kingdoms, and other worlds dominated by different species through wildlife photography books. And it’s always a happy feeling to marvel at the beauty of this planet. However, wildlife photography also means capturing the current state of Mother Nature; the deforestation that’s forcing animals to flee their natural habitats, the air, and water pollution that’s killing birds and sea creatures, and the extinction of many flora and fauna because of human activities. In her book, Family Trip to Majestic Madagascar, Nicki Geigert showed us the fantastic wildlife of Madagascar. From the captivating photos of the Baobab trees to the picturesque rivers of the African country, Geigert’s photos made us fell in love with Madagascar. And yet, in other wildlife photos, we also discover that the animals and wildlife as a whole in Madagascar are threatened because of deforestation and other activities.

Photography can show people the truth and, therefore, can be a great tool for educating people and introducing them to the realities that are happening all around us. Wildlife photography has always been a great material for introducing people to our environment and learning more about the inner workings of nature, how animals behave, why certain biodiversity is unique, and what role a certain animal or insect plays in the great theater of life. There are many things that wildlife photography is showing, and with every book or image, we learn something about life here on Earth. But aside from the environment and the species, wildlife photography also educates us on how to become better stewards of the land. Through wildlife photography, we learn what is good and bad for nature and its inhabitants; we know how to protect the animals and the environment that shelters them. Through the images, we develop an appreciation for the wildlife and a conviction to do something to preserve it. The photo book Bianca’s Big Adventure by Nicki Geigert shows us a young girl’s dedication to becoming a wildlife conservationist. The book is an inspiring read, educating children on the value of wildlife preservation.

Behind the scenes of her latest photography book, Who’s Yawning Now?, Geigert shares many disturbing facts about lemurs and the state of Madagascar wildlife as a whole. According to Nicki Geigert,

“Almost 35% of the 103 species of Lemurs of Madagascar are critically endangered, and one step away from extinction, according to the Switzerland IUCN Red List of Threatened Species. The worst part is that their habitat has been 90% destroyed up to date. There has been no mandate from the government to stop the slash and burn ongoing policies since the beginning of human life in Madagascar and even more in the past 20 years. The government must educate their people about how this practice destroys the habitat of these delightful animals and changes and destroys the entire biodiversity of this unique island, the 4th largest in the world. Because rice is the Malagasy people’s primary food, they don’t seem to understand the consequences that the destruction of the forests causes, with flooding, landslides, rivers being clogged with soil, destroying the fishing, and much more.”

She later adds that,

“The poor Lemurs are caught in the middle of this mess and need advocates such as you and I and many others who can petition the Malagasy government to stop all of this slash and burn practice before the entire island is destroyed. “

This is just one example of how wildlife photography and photographers can help raise awareness of the multitude of issues confronting our wildlife resources. The images that photographers inspire us to preserve and protect these animals and their habitats and speak out against the wanton destruction and irresponsible human activities that slowly nature and the planet. Nicki Geigert’s nature photography and advocacy for wildlife preservation are relevant and worthy of recognition.

To know more about Nicki Geigert and her works, you can buy her books from ReadersMagnet or Amazon. You can also check out her website today.