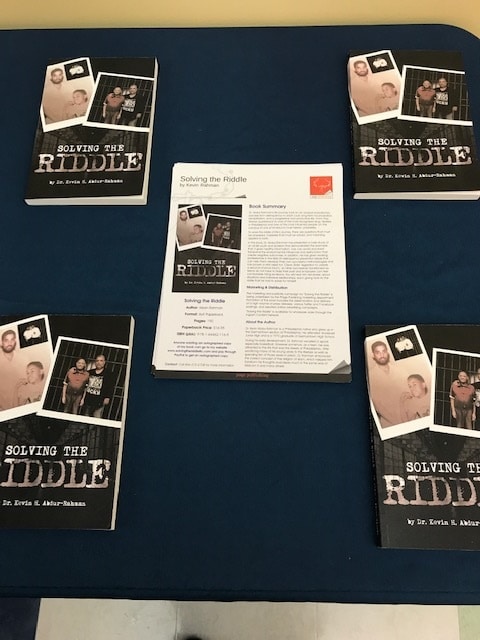 Your Neighbor Could be an Ex-Felon

In an article for the New York Post on April 4, 2016 Statistical proof that America doesn’t care about ex-cons Nicholas Eberstadt writes, “The United States today is home to two huge but essentially invisible populations. The first of these invisible tribes — illegal immigrants — at least has attracted more than passing comment in politics. By contrast, America’s second invisible caste is almost never mentioned. Yet this group is far larger than the unauthorized immigrant population, and it is made up almost entirely of US citizens. I refer to our vast underground army of released felons — adult men and women convicted of serious criminal offenses for which they have been punished with prison time or probation, and who now form part of the general population”.

The International Due Diligence Organization (IDDO) stated that “in 2010 it is estimated that 19.8 million people representing 8.6% of the population of the United States have a felony conviction. This is almost double what it was in 1980. Within some minority populations those possessing a felony conviction exceeds 25%.

Mr. Nicholas Eberstadt also states that, “In two studies on the demography of what they call our “criminal class,” professors Christopher Uggen, Melissa Thompson and five colleagues estimate that the cohort of incarcerated and released felons in the United States had reached nearly 20 million by 2010. If this estimate is even roughly accurate, and if the United States’ total felon population has continued to grow at more or less the same tempo the researchers cited for 2004 to 2010, we would expect the number of convicted felons to surpass 23 million people this year. That would be roughly twice as high as the number of illegal immigrants in the country. And since the combined US jail and prison population is about 2.2 million (including some non-felons sentenced to jail or awaiting trial there), these figures would suggest the number of non-institutionalized Americans with a felony conviction will almost certainly exceed 20 million by the end of the year.

Yet to judge by the data our democracy collects, the circumstances of this ex-con population are a matter of almost complete indifference to the rest of us.

These individuals show up only in our statistics on crime and punishment — in other words, when they run afoul of the criminal justice system.

We don’t know how many children they have, their marital status, whom they live with, their housing situations. We don’t know their mortality rates or life expectancy, their disease and disability profile, their mental health status.

We don’t know their labor-force participation rates, unemployment rates, and jobs by sector or wages. Apart from broad generalities, we know roughly nothing about their education patterns, skills or training. The irony here is not that felons who have paid their debt to society have need of a largely indifferent public; it’s that this same public needs them, too. We need them to succeed: as fathers and mothers, as breadwinners, as citizens — as people who make the most of a second chance. Our society can’t hope to flourish with 20 million modern-day outcasts in our midst. Given its sheer scale, the task of reintegrating reformed felons has never been more important than it is today”.

In his book “Solving the Riddle” Dr. Kevin H. Abdur-Rahman, who himself is an ex-felon, states that “It is only felons who remain confined to what is probably the worst few moments of their lives. Who else is connected to the past as though history and time does not bring about new and different circumstances? Yes, I understand that a life may have been lost, damage and harm may have been done that is irreparable. However, who is ever who they were 20 or 30 years ago? Why can’t a life be redeemable and if that life is redeemed what will sustain it if it has to remain in the dungeon of its past? Our society has to be able to salvage damaged goods and celebrate the ability to rise from life’s errors”.

We have a population in our society that lives in the shadows because no matter what level of achievement some of them has attained as soon as their past becomes unveiled they are judged by what they did and not who they’ve become. There are ex-felons who have achieved monumental success. How about Shon Robert Hopwood (born June 11, 1975) an American convicted felon, appellate lawyer, and professor of law at Georgetown University Law Center. Hopwood became well known as a jailhouse lawyer who served 11 years in prison for bank robbery or the story of another felon who turned his life around and became a success was Stephen Richards, who became a Professor of Criminal Justice. The former felon spent a total of nine years in prison for selling drugs. The professor received a bachelor’s degree while in prison and received a graduate degree from the University of Wisconsin. He went on to receive his Ph.D. from Iowa State University. He has authored several books on criminology. As well as the author of this article Dr. Kevin Abdur-Rahman who served 10 years in Graterford Prison and upon his release received a Master of Human Services Degree from Lincoln University and a Doctor of Education Degree from Temple University and went on to have a successful 23-year career as an Athletic Director at the City College of New York (CCNY). Yes, ex-felons are not just in our communities they are contributing members of our communities who serve to enhance community life. We must stop judging these people on whatever it is they may have done years ago and access them on face value of what they have done and accomplished as new members of our free society. If you learned a person just moved on your block from overseas would you scrutinize and approach them with the same kind of skepticism you do ex-felons? This person could be a most despicable human being yet they would not be viewed with the suspicion directed towards the ex-felon.

We must also examine this Criminal Justice Reform Movement. There has been some positive movement towards a second chance forum like PA House Bill 1419 or The Clean Slate Bill. 1419 will allow an individual to petition the court for their records to be sealed if they’ve remained free from conviction for 10 years. Yet this Bill only applies to second or third degree misdemeanors that carried a two-year or lower sentence. Please enlighten us is an ex-felon who was convicted of a more serious or violent crime and has been arrest and conviction free for 10 years or longer more dangerous to the public or more likely to commit another felony after such a long crime free period than someone who committed a misdemeanor. Where is the data? I’ll tell you where the data is. You will find that nearly anyone who stays crime free that long will remain crime free.

As Bryan Stevenson so eloquently stated, “Each of us is more than the worst thing we’ve ever done”. Let a person’s record speak for them, their entire body of work. Do not free a person from prison then sentence them to a life term in the dungeon of their past.