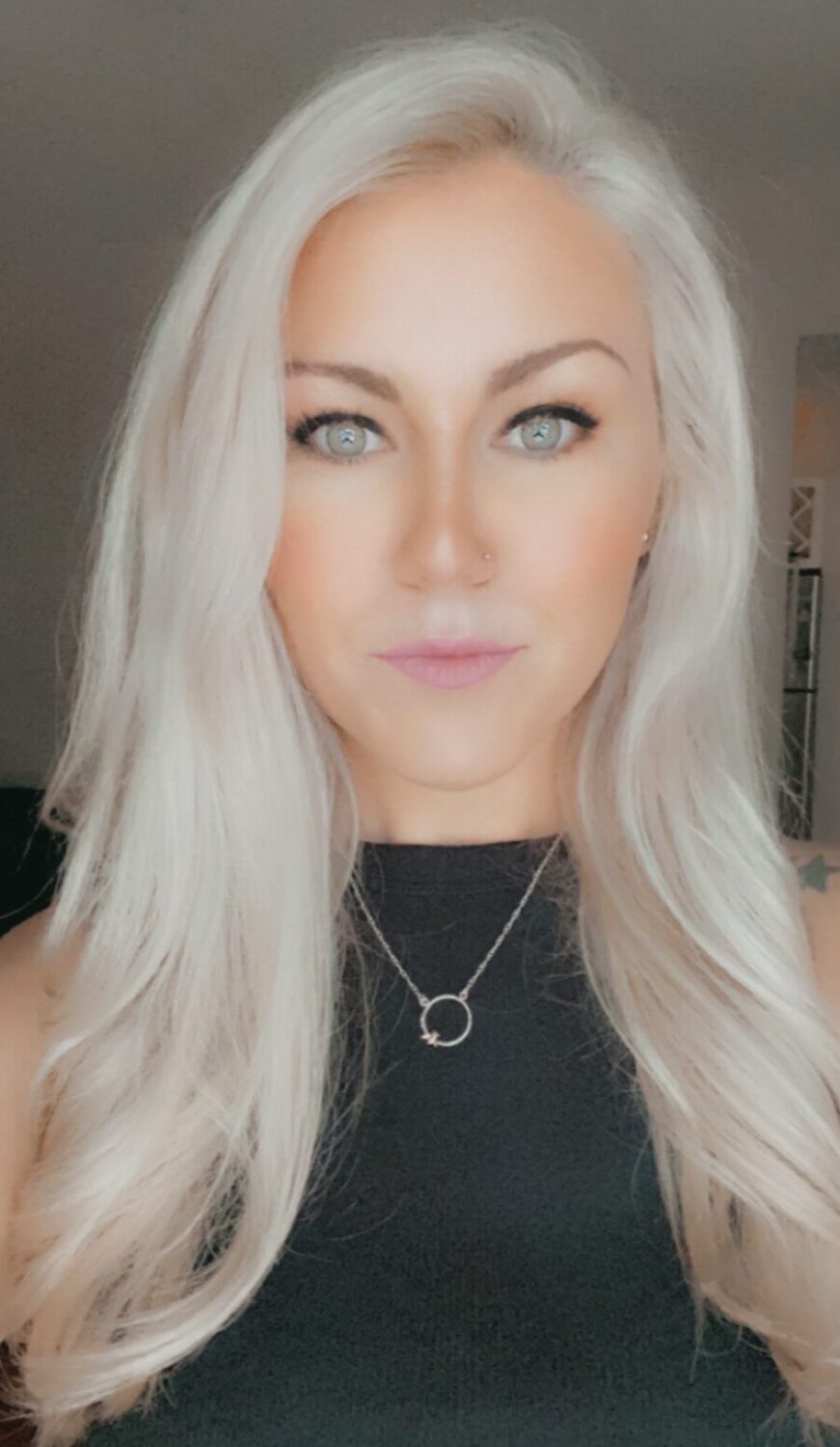 Hey there! I’m Jen Teegarden, Atlanta based author of “Don’t Say Never.” I’d like to start by thanking Author’s Lounge for offering the space for me to discuss my debut novel.

Olivia’s undiagnosed OCD can’t be escaped. No matter what she does, the vivid imagery and thoughts that gnaw her brainstem, like a rat with a wire, always find a way in and the sparks that pop are blistering hot. Intrusive doesn’t seem like a strong enough word to describe what she’s thinking and her mental compulsions keep her locked up in the tall tower of her own mind.

When she swipes right on British rockstar, Lachlan Jude, she soon realizes she’s the only person on the planet who doesn’t know who that is. She’s distracted, always mulling over the secret she’s keeping from her sister, Aubrey. Her inward battle isn’t the worst of it. Jacob, her ex-boyfriend, is becoming more obsessed with her than she is with checking doors and not saying never. She’s falling in love while she’s falling apart from the inside out. How can anyone know she needs help, when she’s become a master at pretending everything’s fine?

If you’ve ever been to a show, you’ll remember the sticky air and the way unbridled excitement, hangs low and heavy over the crowd. Everyone is there looking for something, but it isn’t the pluck of a sickly bent string or the rhythm of a pounding drum. We want to feel something more. The way the sweet sound bleeds into us in that moment and our arms float skyward like charmed snakes, it’s magic. Music is an incredible life source that has the power to change your mind, shift your mood, heal your broken heart. Nothing has ever touched me quite like music. I’ve always wondered if the person beside me could feel it coursing through them the way I do. That simple thought planted a seed of inspiration I never could’ve seen coming.

My own adolescence was plagued with intrusive thoughts and camouflaged compulsions. I spent a lot of time journaling and writing poetry, but I didn’t spend my life dreaming of becoming an author. I wish that was my story, because mine is a lot less glamorous. About three and a half years ago, I was running on a trail in Pinehurst, NC. Typically, my mind buzzes with intrusive thoughts. What if someone pops out and chases me and I’m too tired to run fast enough to get away and I end up chained to a wall in some pervert’s basement? I should slow down, just in case. What if I hit a root way out here & break my leg & there is no cell phone service? How long will I lay here writhing before someone notices I am missing?

This particular day, my head was eerily clear and the silence made way for a conversation between two characters to unfold. I turned up my music and ran a little faster, to push it back. When I made it back home, it picked up right where it left off. I felt like an intruder. Lachlan and Olivia were gabbing away while I rinsed shampoo from my hair. Little did I know, this was the water that seed of inspiration had been waiting for.

I was certain I’d lost my mind, as I settled in behind my keyboard and began frantically pecking. The dialogue spilled from my hands, but quickly it became so much more. The universe gifted me with this beautiful story and I tried really hard to ignore it, but when it got its claws into me deep enough there was no turning back.

In the three years it took me to finish “Don’t Say Never,” I lost my best friend to violence and by way of unthinkable grief, found my way back into therapy. It saved my life and that made the story I’d written even more important than I initially thought.

Ever since that day on the trail, I’ve been writing. When I’m not curled over my computer like a popcorn shrimp, I am working out, punching a heavy bag, practicing yoga, meditating, or meticulously measuring ingredients to bake away whatever ails me.

I want people to know no matter how loud or how dark it gets inside your head, you aren’t alone. Nearly 2.2 million American adults, have Obsessive Compulsive Disorder and I am one of them. Olivia’s story digs past the outdated, and frankly toxic, idea that someone can be “so OCD.” “Don’t Say Never” reaches deep into the darkness of what obsessions, or intrusive thoughts, can feel like to someone who’s suffering and explores the brutal reality of undiagnosed mental illness.

More than fifty one million adults in America are mentally ill and the art we consume should reflect that reality, truthfully. OCD isn’t a quirky personality trait or an organized pantry. It’s a disorder that can leave you feeling hopeless and isolated. I want this story to make someone, somewhere, see that they’re not broken.

For information about me, visit my website at www.jenteegarden.com