HOW I BECAME A WRITER by AnnaLee Conti, author of Footsteps of Faith 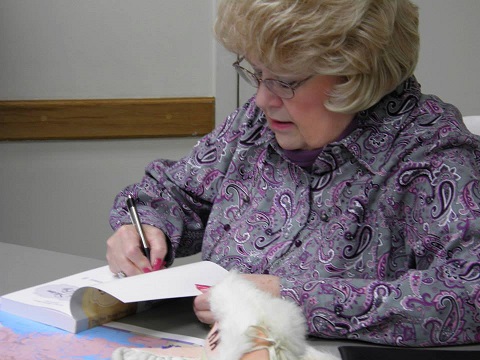 I was born in Philadelphia, Pennsylvania. How I ended up in Alaska is a story in itself that I share in my book Footsteps of Faith. I grew up in Alaska in the fifties and sixties in a missionary family of avid readers. My Grandma Personeus was a storyteller and kept everyone entranced with her accounts of her and Grandpa’s early days in Alaska (1917-1982). When we visited them each summer during my childhood, she read books aloud to us—books she’d enjoyed as a child. She was a prolific poet and wrote curriculum for Sunday school quarterlies and articles for church magazines. My mother also wrote continued stories and composed songs for us and for her Sunday school class. 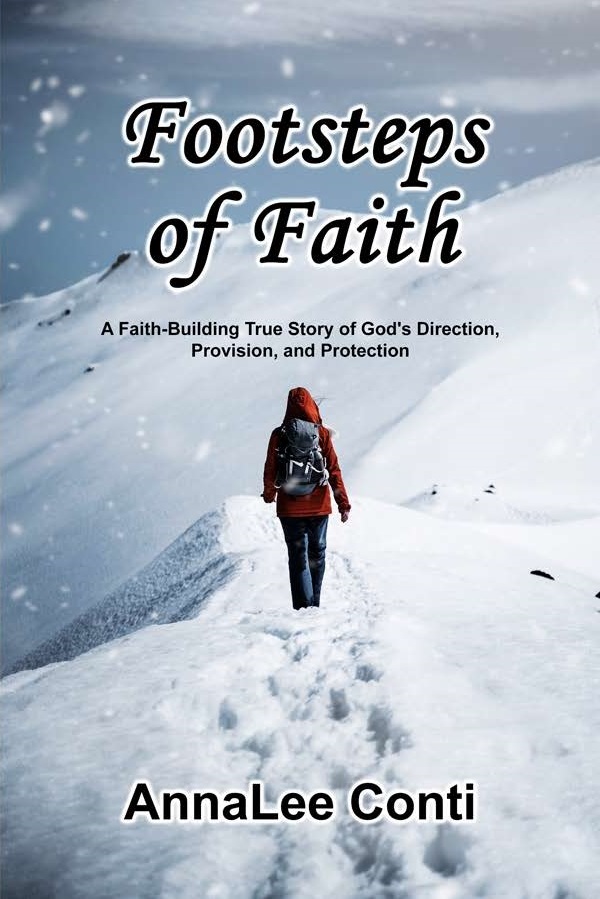 As a young teenager, I discovered Christian fiction. We had no TV in Alaska back then. To provide good reading material for cold, dark winter evenings, my father subscribed to a Christian book club. We could hardly wait for the two selections that arrived each month. Those pages influenced my worldview and my attitudes about life and love. When I read the nine Christian fiction books written by my great aunt under the pen name of Zenobia Bird, I dreamed of writing my own novels.

In high school, I began writing about the sights I’d seen and the experiences I’d had. I got my start in writing for publication while my husband was in seminary when I worked in the editorial area of Gospel Publishing House. The editors I worked with encouraged me to write and submit short stories and articles for their publications. Soon, I was given assignments to write Sunday school, vacation Bible school, and children’s church curriculum. When we began pastoring, I continued to write on assignment for Gospel Publishing House for more than 25 years. Alaska provided the setting for my stories. It wasn’t hard to fictionalize my family’s experiences of living by faith in Alaska, stories that are carriers of truth about God’s love, forgiveness, grace, and mercy, because I learned to know God there.

In 1973, while I was working at Gospel Publishing House, my Personeus grandparents visited us from Alaska. Grandma gave me a packet of papers, saying, “Many people have asked me to write our story, but I’m too old to see it through by myself.  So I’m placing all my written accounts in your hands to do with as you think best.”

Nearly 10 years later, while we were starting a new church in New York State, my mother-in-law invited me to her home to write the first draft of my first book. For one week, I holed up in a bedroom in her house and wrote on an electric typewriter, stopping only for meals, which she prepared. I wove together the short accounts my grandmother had written about their experiences and filled in the spaces between. Due to the downturn in the economy, though, I was unable to find a publisher. In the next few years, I retyped the manuscript into a Smith-Corona word processor. In 2002, I discovered a print-on-demand publisher and was able to get the word processor disc converted to MS Word. My uncle (their son) paid to have Frontiers of Faith published, and I reimbursed him from book sales. 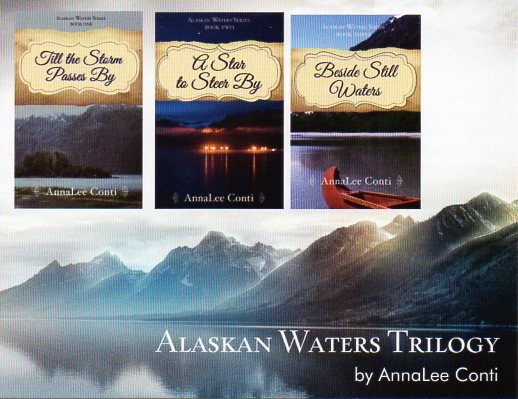 While writing Frontiers of Faith, I came across several stories that triggered my imagination for historical Christian novels. For years, I’d been writing them my head. In 2007, I joined a writer’s critique group at the local library to begin fulfilling my lifelong goal of writing novels. I learned a lot from that group that included published authors and began writing a minimum of one chapter a week. In 2013, I published Till the Storm Passes By. By 2017, my next two books, A Star to Steer By and Beside Still Waters, completed my Alaskan Waters Trilogy, the life and death saga of a fictitious Norwegian immigrant family who battles the beautiful but often treacherous waters of early twentieth century Southeast Alaska to find love and happiness in the midst of tragedies.

During those years, I started a blog, “Nuggets of Faith,” including many stories from my life. When I read a book about how to blog a book, I decided to develop those stories into a memoir, Footsteps of Faith, that has just been released by ReadersMagnet.

Why do I write?

Writing is hard work and involves a great investment of time, but I can’t not write. I write because I have stories of faith to tell. God has called me to write stories that are carriers of truth about His love, forgiveness, mercy, and grace. 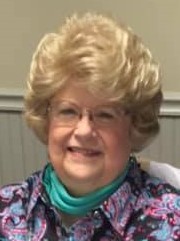 An ordained minister, author, and teacher, AnnaLee Conti earned a B.A. in music and elementary education at the University of Alaska Fairbanks and an M.A. in Bible at the Assemblies of God Theological Seminary.

For more than 35 years, AnnaLee served as Minister of Christian Education and Music in the churches she and her husband pastored in New York State. In addition, she served on leadership teams in Christian Education and Women’s Ministries at the state level, conducting seminars and organizing conventions. She has taught grade school, GED classes, Berean School of the Bible (an extension of Global University, Springfield, Missouri), and continues to teach classes in the New York School of Ministry, which trains pastors and teachers for ministry in local churches.

AnnaLee and her husband, Bob, are now retired and reside in the Mid-Hudson River Valley. They have one son, who lives nearby, and five adult grandchildren, who give them much joy. This year, a great-granddaughter was added to their family.

Blog: “Nuggets of Faith” at https://www.AnnaLeeConti.blogspot.com