Holy Cow! And Other Books About India 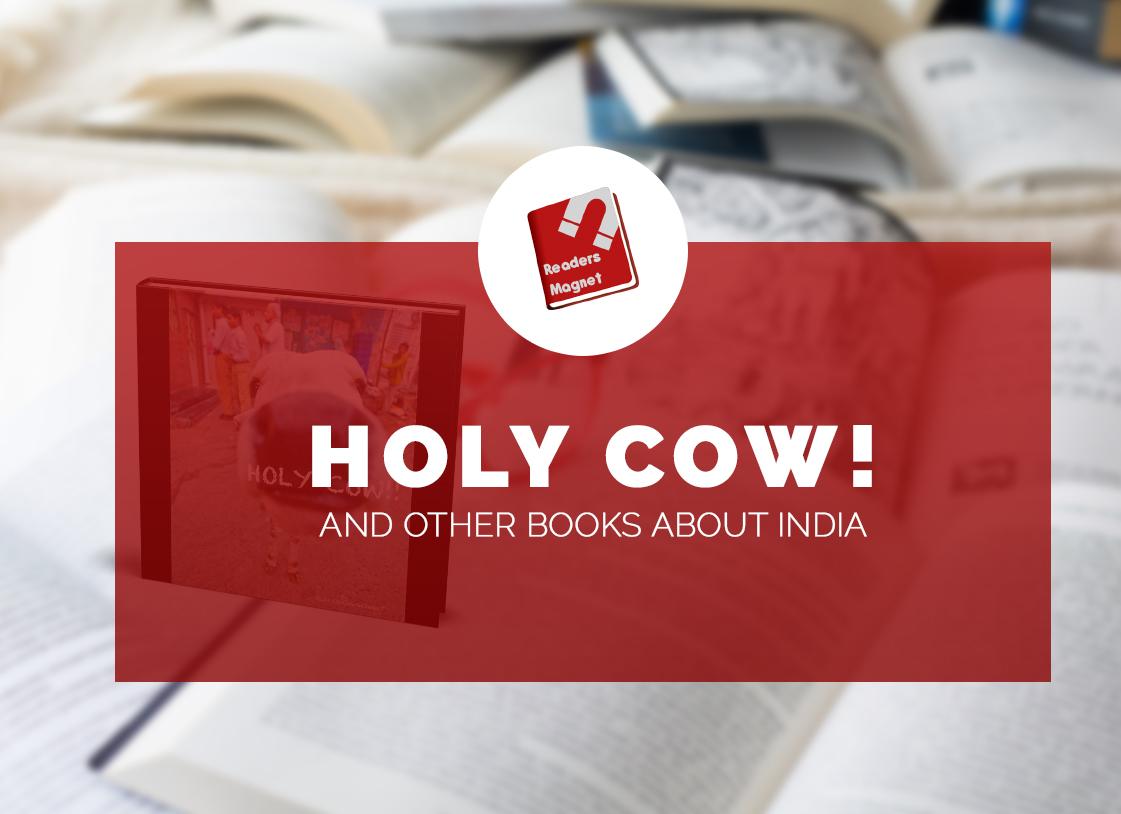 Books not only allow us to travel through time or have a glimpse of other people’s lives. They also allow us to learn more about a particular city or country. In this article, ReadersMagnet is going to explore rich India through 5 interesting works.

What better way to learn more about Indian art and aesthetics than from someone who has spent her many years studying and working with India’s art and architecture? Professor Vidya Dehejia is a curator of Indian art ta the Smithsonian Institution. Indian Art covers a great scope which includes India being the birthplace of great religions (Hinduism, Buddhism, and Jainism). Professor Dehejia also tackles the sophisticated civilizations dating back to 4,000 years, offering a comprehensive approach to studying Indian art. Vidya Dehejia’s Indian Art discusses paintings, architecture, religion, and literature along with almost 300 colored illustrations, making it a very interesting read indeed.

Modern India is as interesting as learning the history of this ancient continent. Sumit Sarkar discusses not only the political history of modern India but also the latest developments in society and culture. Covering a period from 1885 to 1947, it tackles the country’s history from the colonial era, its struggle for Independence, and to becoming a republic. Sumit Sarkar is a professor of history at the University of Delhi. He also taught at various universities across India. His experience in Indian political movements has enabled him to write extensively about the modern history of his country. Professor Sumit Sarkar’s Modern India is widely read by modern historians and students. The book is prescribed in 18 universities such as Calicut University, Mumbai University, and Delhi University as the principal text on India’s modern history.

Our list of books about India is not complete without something on India’s unique cuisine. Among the many cookbooks about Indian food, we decided to choose Christine Manfield’s Tasting India: Heirloom Family Recipes. With over 250 traditional and contemporary recipes, Tasting India is a must-have cookbook for those who want to experience Indian cuisine. What makes this book special is that recipes are organized according to region. Each chapter features a variety of dishes. From spiced goat curry, garam masala to dal-stuffed pastries, Manfield’s cookbook is a sure delight both for Indian food lovers and those who want to know more about Indian dishes.

The God of Small Things by Arundhati Roy

If you search novels related to India or look for Indian authors, we’re pretty sure Arundhati Roy is the first name you’ll find and her debut novel The God of Small Things among the top if not the top results for Indian novels. The novel covers the period between 1969 and 1993. The story centers on the twins Rahel and Estha, who fell in love with one another. Aside from being a commercial and critical success (named by BBC News as one of the 100 most influential novels), The God of Small Things describes many things about contemporary India. The novel is set in Ayemenem in Kerala, India and discusses various social issues such as the Indian post-colonial complex, the caste system, misogyny in India. Roy’s book contains mainly her commentary on India’s history and politics. And as such, a great way to know more of India.

Cows are considered holy in the Hindu tradition. In India, they are considered sacred and are honored. Each year there are festivals in India honoring cows. Because cows are treated with respect, they are not slaughtered for beef and are given special feedings. Cows are infirmed in institutions called Gaushalas. However, the rest are abandoned and left to die in public places. Nicki Geigert’s Holy Cow! takes us to India and its unique tradition of worshipping and honoring cows. Nicki Geigert is a travel photographer and a published author of several books including Magical Madagascar and Read! Move! Learn! Active Stories for Learning.