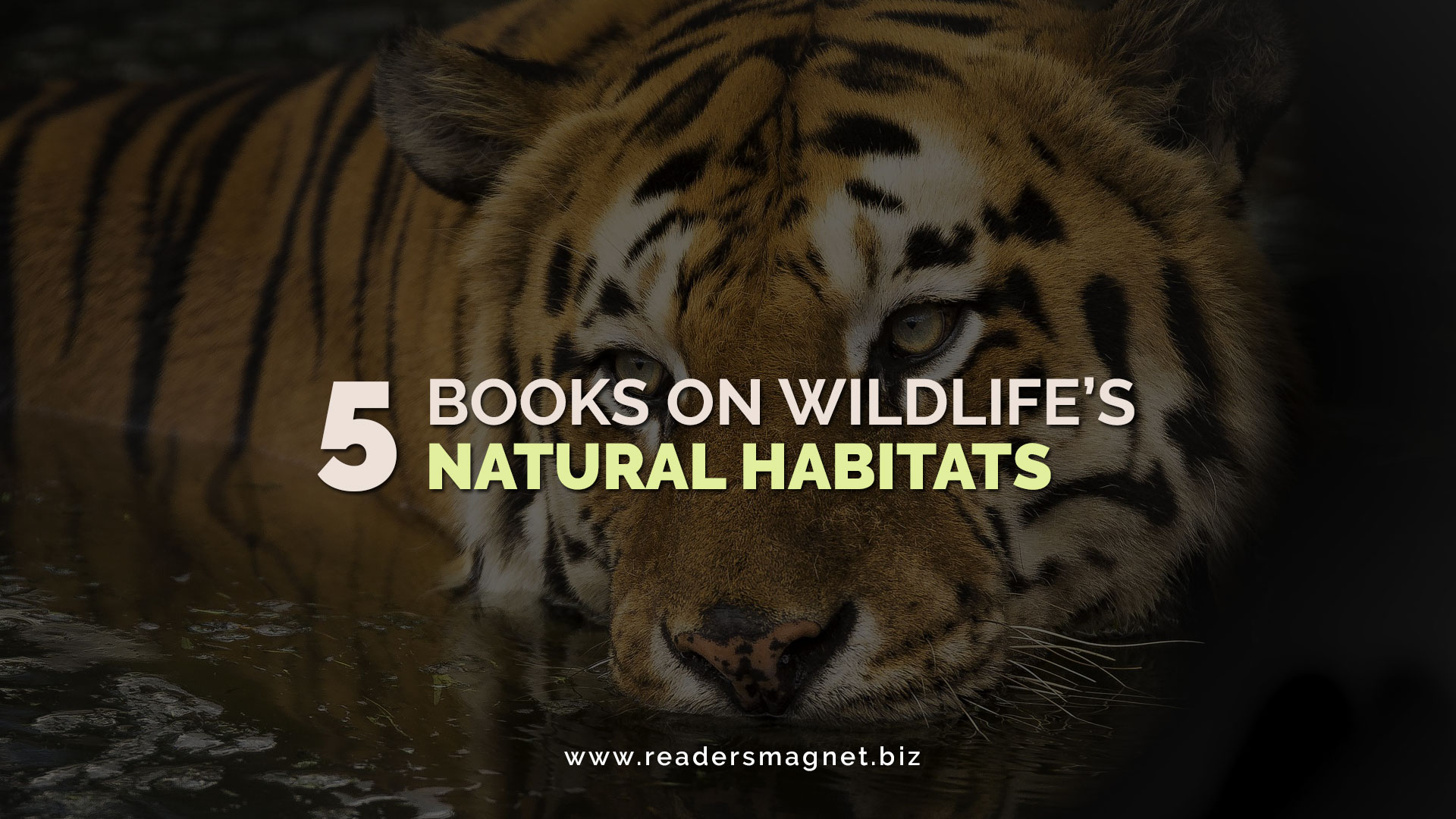 ReadersMagnet recommends these five books on wildlife’s natural habitats to read this April.

Homes in the Wild by Lita Judge

Homes in the Wild is one of the latest picture books from award-winning author and illustrator Lita Judge. She has 26 published books under her name, including Mary’s Monster, a young adult novel about Mary Shelley, and Frankenstein’s creation. Like her other picture books that feature animals and their habitats, Homes in the Wild features amazing creatures such as beavers, bobcats, sloths, and squirrels. These particular animals are known for their unique homes. Some are natural shelters while other are complex underground bunkers and nest. Many of these animals are great builders, especially the beavers. Homes in the Wild by Lita Judge invite us to take a glimpse at different homes and shelters by these lovely and cuddly creatures.

Who’s Yawning Now? is the latest book by seasoned wildlife and travel photographer Nicki Geigert. This book on wildlife’s natural habitats is unique because its features animals caught yawning. The inspiration came to Geigert 30 years ago when she caught a hippopotamus yawning. It was a huge yawn that Geigert had to capture the moment. Who’s Yawning Now? is a collection of animals from A to Z caught in the candid moment (according to Geigert, she had no animals for letters Q, U, or X). This picture book designed for readers up to 12 years old is a great way to introduce young minds to the beauty of the wildlife; animals, plants, and the various habitats. It is also a great way to raise awareness of habitats’ importance in preserving and protecting endangered animals such as birds and lemurs.

The Fight for Survival by Peter Brazaitis

More than twenty years since it was first published, The Fight for Survival remains relevant and important not only for children but for advocates of wildlife and animal preservations. The 1994 work by Peter Brazaitis is a book about habitats and the many creatures that live in them. It shows readers a general view of the wildlife, an update of the challenges and opportunities around the globe regarding conservation and protecting biodiversities. The challenges from three decades earlier have not changed, and there is a great need to educate young minds by exposing them to the importance of life and the great circle. The Fight for Survival is a book that will take readers to the inner workings and balance of environments throughout the planet.

A Grassland Habitat by Bobbie Kalman

In November 2006, Bobbie Kalman published A grassland Habitat. The book is a children’s illustrated book on animals and their respective environments. It is part of a series called Introducing Habitats. Kalman’s other contributions in the series include A Forest Habitat and Land Habitats. Like the other books, A Grassland Habitat is designed for children ages four to eight years old. In this book, Bobbie Kalman introduces young readers to animals that make their shelter in the prairies. Kids will discover the ways plants and animals are perfectly suited to prairie grasslands. They will learn about the prairie weather and how animals survive during droughts season, how different animals build complex underground homes, and how animals stay safe in prairies, even though the environment lacks trees and other places to hide.

Animal Planet is one of the largest publishers of educational materials covering various topics, including science, human anatomy, and animals. In 2016, Animal Planet released another remarkable book on animals and their respective habitats. Aptly titled Animal Atlas, the book is one of the most comprehensive and ambitious projects by Animal Planet. Together with author James Buckley Jr., Animal Atlas takes readers on a fantastic journey across the planet’s seven continents. In this book, readers will encounter rare insects in the mountains, majestic birds, and more than 200 animals spread across the world. We will learn more about the different habitats and biodiversities and tons of surprising trivia about plants and animals and the world we live in through illustrated maps and full-color photographs. Animal Atlas is the ultimate learning book on animals and habitats.