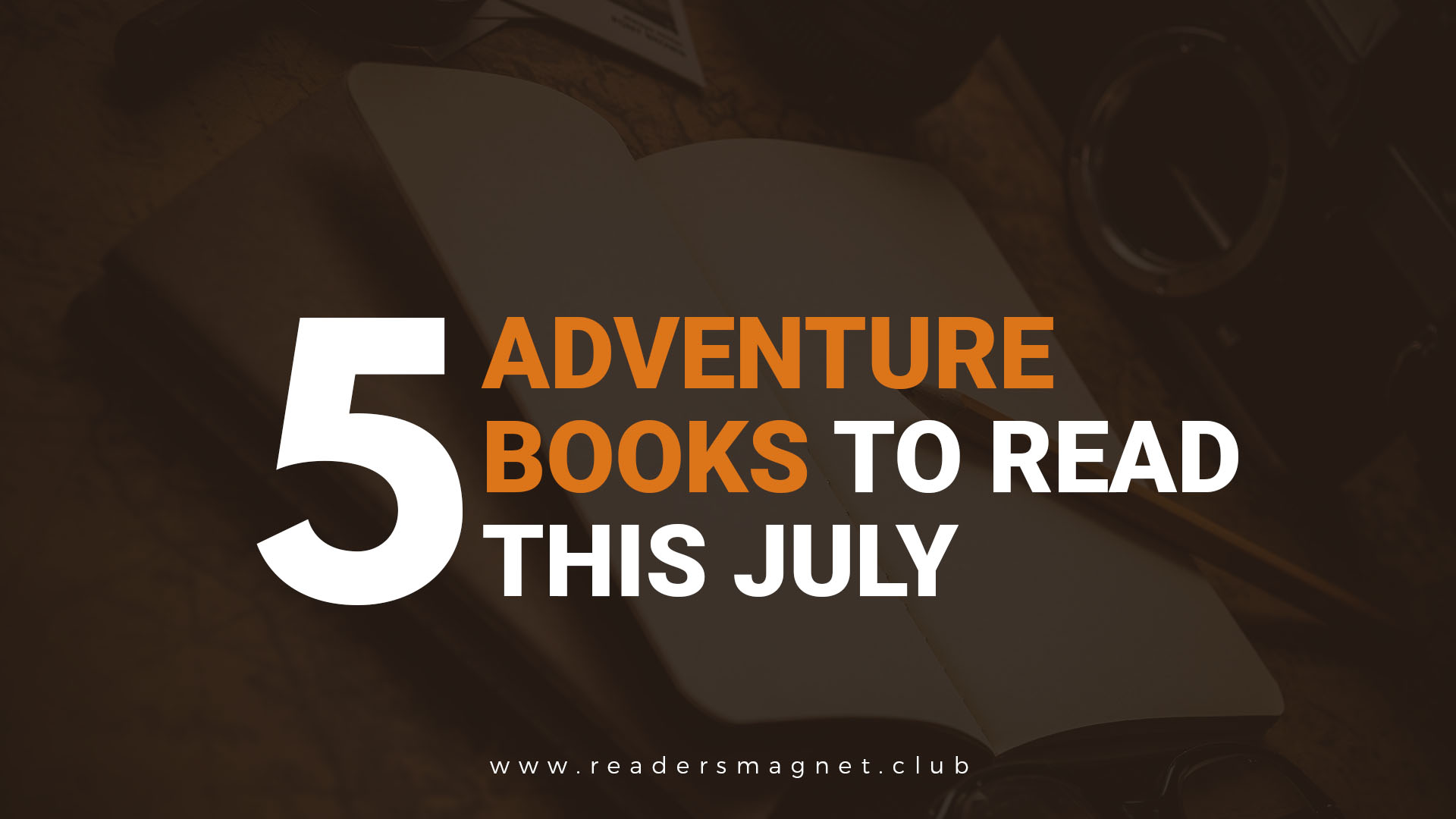 Check out these five adventure books to read this month of July.

It’s the month of July. While there seems to be no sign yet of the coronavirus going away for good, and allowing us to travel to our desired destinations, we can always go for an adventure right in the safety and comforts of our respective residences. All we need are books and a little bit of imagination. Some are dreaming of going out of town, while some are desperate to go on an adventure far away. Well, since most of us are still holed up in our homes, let settle for adventure reads instead. Here are five remarkable adventure books to read this month of July.

The Top of the World: Climbing Mount Everest by Steve Jenkins

Steve Jenkins is an author and an artist. He is most known for his trivia books for children. In 2002, he decided to publish a picture book for older audiences. The Top of the World is an adventure picture book that takes readers to the highest mountain in the world- Mount Everest. In this book, Jenkins provides his readers with breath-taking images of the majestic mountain. He tours the readers by providing them with the history, geography, climate, and the culture of those living in the area. More than the scenery, Jenkins also educates the readers about the realities of conquering the famous mountains. From avalanches to frostbites and oxygen depletion, the artist-author features them all in detailed text and illustrations. The Top of the World: Climbing Mount Everest provides a remarkable tour of the mountain while staying in the comforts of your home.

Family Trip to Magical Madagascar and Beyond by Nicki Geigert

Family to Trip to Magical Madagascar is just one of the photo adventure books by author, artist, and travel photographer Nicki Geigert. The family tour features Nicki Geigert on an amazing adventure to Madagascar and Zimbabwe. Madagascar is one of the largest islands in the world and is home to much unique flora and fauna, including lemurs, reptiles, and other exotic animals. In this book, Geigert takes readers into the heart of Madagascar through her brilliant image captures of some of the country’s iconic views- the Baobab trees during night time, the astonishing Tsingy rock formation, among others. Geigert’s Family Trip to Magical Madagascar is both enchanting and educational. A light and enjoyable read to say the least.

In the Heart of the Sea: The Tragedy of the Whaleship Essex by Nathaniel Philbrick

Originally published in 2000, In the Heart of the Sea: Tragedy of the Whaleship Essex, is a maritime adventure book written by Nathaniel Philbrick. It chronicles the adventure of the crew of the whaling ship named Essex. Essex sank in 1820 after it was attacked by a sperm whale somewhere in the Pacific Ocean. Philbrick’s novel is based on the accounts by Thomas Nickerson, whose accounts were discovered in 1960. Nickerson was only a boy when he served as a cabin boy on board the Essex. In the Heart of the Sea was later adapted into a movie, hinting that Nickerson’s accounts were the inspiration for another famous adventure novel- Moby Dick by Herman Melville.

Machu Picchu is one of the mysterious and yet magnificent tourist destinations in all of Central America. The history and legends surrounding the Inca city attract not only historians but tourists as well. Wright and Zegarra take readers to an amazing tour with their published work The Machu Picchu Guidebook: A Self-Guided Tour. The book contains a comprehensive traveler’s guide, a feature on Huayna Picchu, one of Peru’s holy mountains, and a peek at the birds and other species found only in the area, and a detailed, full-color map of Machu Picchu. One of the creatures featured in the book is the Inca Wren. Inca Wrens are brown passerine birds endemic only to Peru. The Machu Picchu is truly a must-read book for those who want to know more about Peru’s most famous historical site.

Untangling My Chopsticks: A Culinary Sojourn in Kyoto by Victoria Abbott Riccardi

Untangling My Chopsticks: A Culinary Sojourn in Kyoto is part memoir, part culinary art book, and part travel journal. It was published in May 2004 by Victoria Abbott Riccardi. It follows Riccardi, who, in 1986, left New York and decided to spend a year in Kyoto. Only two years out of college, Riccardi left her boyfriend, her job in an advertising agency, and the busy American capital to learn about kaiseki. Kaiseki is a traditional Japanese multi-course meal that is famous for its meticulous preparation and accompanied by a formal tea ceremony. During her one year stay in Kyoto, Riccardi stayed in the house of a Japanese couple who taught her many things about Japanese culture and cuisine. She was also mentored by an American expatriate who exposed her deeper into the art of Japan’s food culture, including mochi making, as well as modern-day Japanese food. Riccardi left Kyoto a year after, but the memories and lessons will always stay with here, which she imparts in this heart-warming, and delightful read.