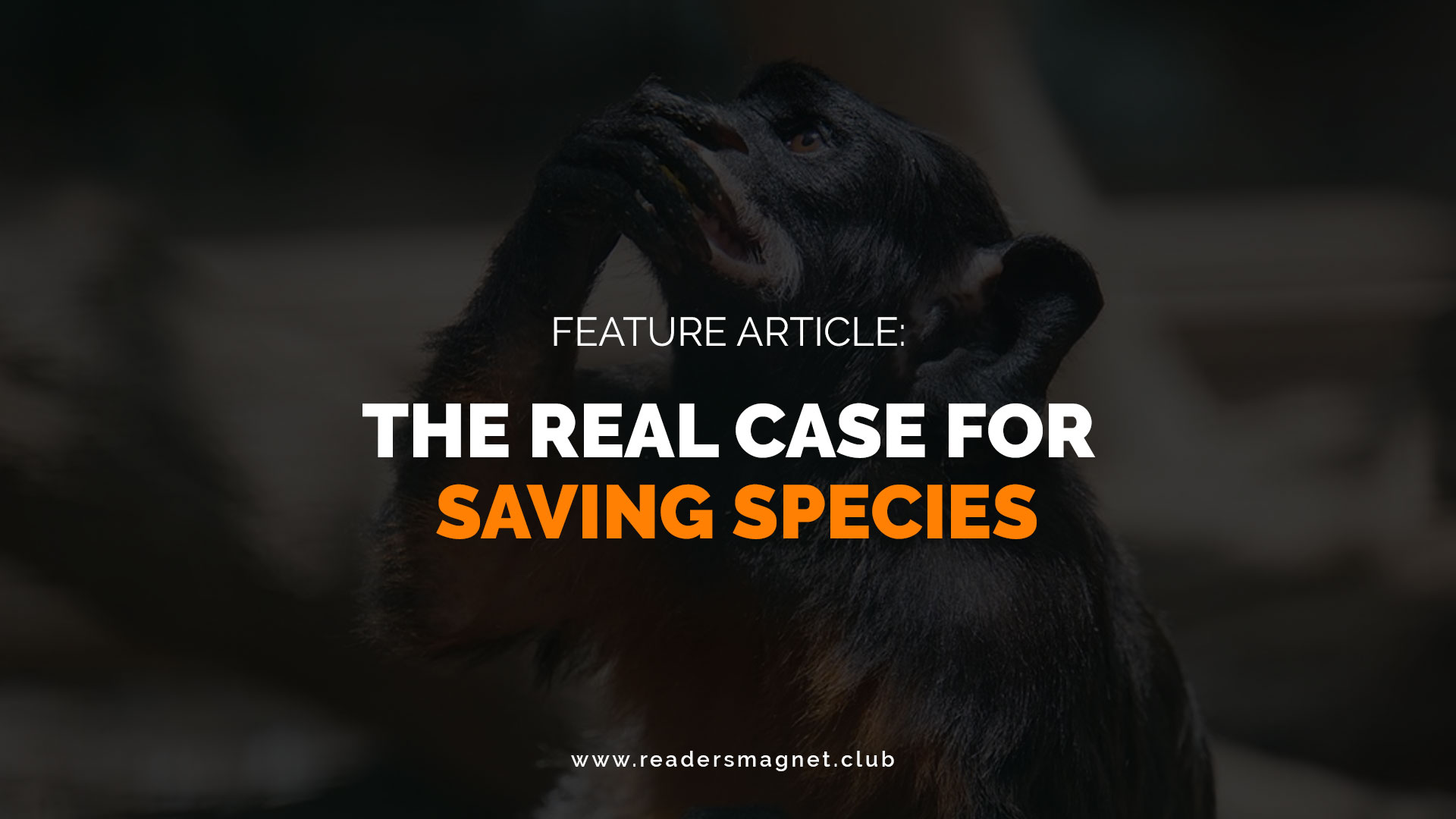 Javan rhinos of Indonesia, Bluefin tuna of the Atlantic Ocean, snow leopards of the Himalayas, and more species are driven to extinction by none other than humans. The lot of them has declined between 50 and 70 percent of its population. The IUCN Red List has tagged 16,306 animal species at the highest risk for extinction. This includes endangered animals and plants. Conservationists argued that humans need to save species in order to save themselves. While in some way we can survive without wild species, they can’t survive without us.

Life today is far different from the past. We are ahead of our time, and humans have been thriving by destroying nature, sometimes knowingly and unknowingly. The erection of industrial-scale farms, factories, strip malls, and apartment buildings resulted in the wiping out many species and the natural environment. Not only this, but animals are at risk of extinction after being poached, hunted, and illegal trafficking. We’re inching dangerously close to the point of no return, and scientists have warned this for more than a few years. The problem is so vast that people shouldn’t just bury their heads in the sand, hoping it goes away on its own.

Fortunately, many concerned people have stepped in to put the spotlight on this issue. Countless people are saving species and their habitats by becoming wildlife advocates. One of them being Nicki Geigert. As a nature photographer and wildlife advocate, Nicki Geigert tirelessly finds solutions to protect biodiversity and brings this problem to public attention. With greater pressures and demands being placed on our planet, it is her firm commitment to promote her advocacy through her blogs, photos, and books, allowing her to engage the public. Nicki Geigert asks for even more people involved in vital conservation work.

Why should we save endangered species? Why does this matter? Well, the interactions of plants and animals make up and maintain balance in the environments we know today. Ecological balance is crucial as it leads to the continued existence of organisms, making human life possible. See, a well-balanced ecosystem maintains the health of the environment, which ensures that humans have access to clean air, water, and fertile land. But the balance within an ecosystem isn’t always easy to maintain: the loss of one species results in the loss of others. When there is no balance, wildlife and human health are affected too. Restoring the balance in the ecosystem can only be done through conservation. With conservation, you’re also contributing towards the well-being of all people.

A lot of efforts are underway to conserve the many endangered species worldwide. Governments, international organizations, non-profit organizations, and local communities are working together to contribute to the protection of species. Like Nicki Geigert, they’re also building awareness campaigns aimed at getting more people to take part in this conservation and become defenders of wildlife. Even as an individual, anyone can make an impact by learning and raising awareness of the endangered species in your area. Moreover, advocating for stronger laws to protect wildlife locally is a key to stop illegal activities and wildlife shipments entering and exiting the country.

The race against extinction is urgent and immediate, and the movement to protect endangered and exploited species needs everybody’s commitment. All-out effort and support allow wildlife defenders to make an impact on saving species. It is only together that we can make a real difference in saving species facing the threat of extinction.

Nicki Geigert envisions a future where diverse wildlife populations are safe, secure, and thriving, sustained by a flourishing environment. She hopes to build a powerful, enduring voice for wildlife conservation. Hence, become a wildlife defender now so that spectacular wildlife and habitats will be here for the next generation.