Feature Article: Signs of Stress and Fear in Animals 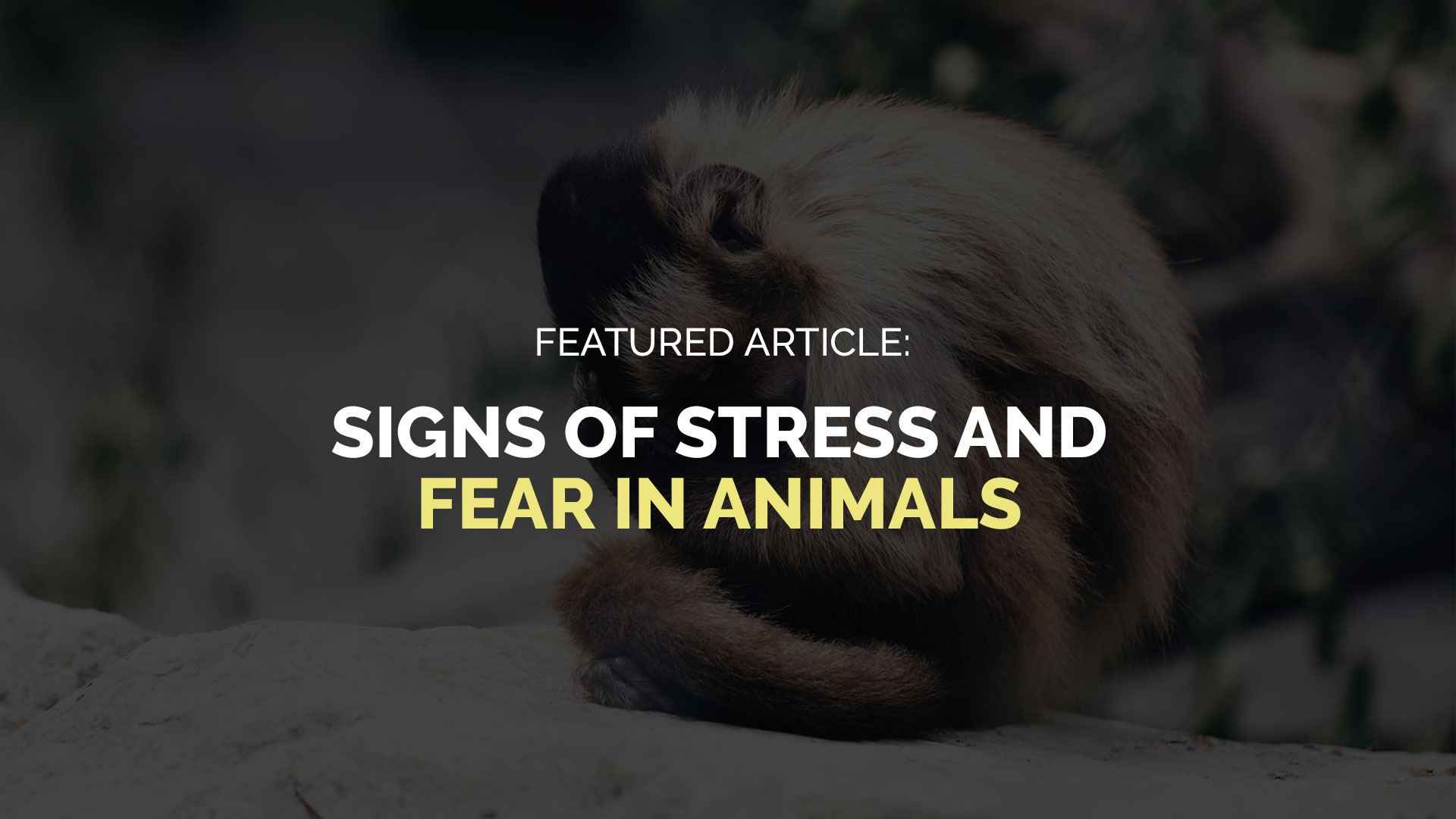 All animals exhibit signs of stress, anxiety, and fear. Some signs are evident, while others may surprise us.

Living things react to external conditions. Humans, animals, and even plants can feel positive and negative energy surrounding them. Humans use our body language and speech to convey our joy, sadness, delight, fear, frustration, etc. For plants and animals, expressing may be a bit difficult. Hence, animals use body language to communicate with other animals or to convey something to us. Since animals are often threatened by more superior forces- nature and predators, including humans, it is interesting to know how animals express stress, fear, anxiety, anger, and defense mechanism.

Fear, stress, and anger in pets and other tame animals are easy to spot. Caring for them and sharing our shelter with them has allowed us to know them and their body language. Crouched body position, dilated pupil, leaning away from a threat, tail tucked tight to the body, flattened ears, and trembling are among the tell-tale signs that a pet is in distress, afraid, or anxious.

If dogs repeatedly lick their lips even when there is no food nearby, won’t look you in the eye, or their back goes rigid, and the bodies are stiff, it means they are mad at you. On the other hand, Cats growl, hiss, and spit when they are annoyed, frightened, angry, or aggressive.

Typical signs in pets and domesticated animals also include not sitting or staying in the usual spot, refusing to heed its master’s call, whimpering, making unusual noises, and running away from something or someone.

It is interesting to note that there are animals in the wild and those we are not familiar with that have unusual and weird ways of showing distress and even defense mechanisms.

Because their interactions with humans and society are limited, we have limited knowledge of how certain wild animals act when in distress, anxious, fearful, or angry. We look for common signs, documented encounters, and research. And some of these gestures may genuinely surprise us. In the book, Who’s Yawning Now? by expert photographer Nicki Geigert, we learn that yawning can be a sign of stress for some animals. The book features photos of animals yawning. They are also species bearing the IUCN Red List of Threatened Species tag. The tag tells how endangered an animal is.

Other animals have a weird gesture when showing anger. Gorillas, for example, stick out when they are angry or spiteful. Flamingoes move their heads from side to side, sway their necks, and become very “fluffy” when someone comes near their nest. A lion pins its ears back and adds a verbal snarl to drive the point home to the other lion when in a protective mode. Some animals communicate to warn them of impending danger. They do this by scent-marking a path, scratching a tree, or vocalizing to troop members. When you see horses raising their heads high, it means they are starting to panic.

We must know when an animal is in distress, anxious, angry, and attack mode. It can save our lives and the lives of these animals as well. Misreading their body language could create fatal consequences. A viral video that featured a stingray can be an example. The baby stingray was lying on its back on a boat while a person with gloved hands proceeded to tickle the belly of the aquatic creature. The stingray in the said video appeared to be laughing when tickled on its belly. But according to experts, the stingray is actually suffocating to death, experts said.