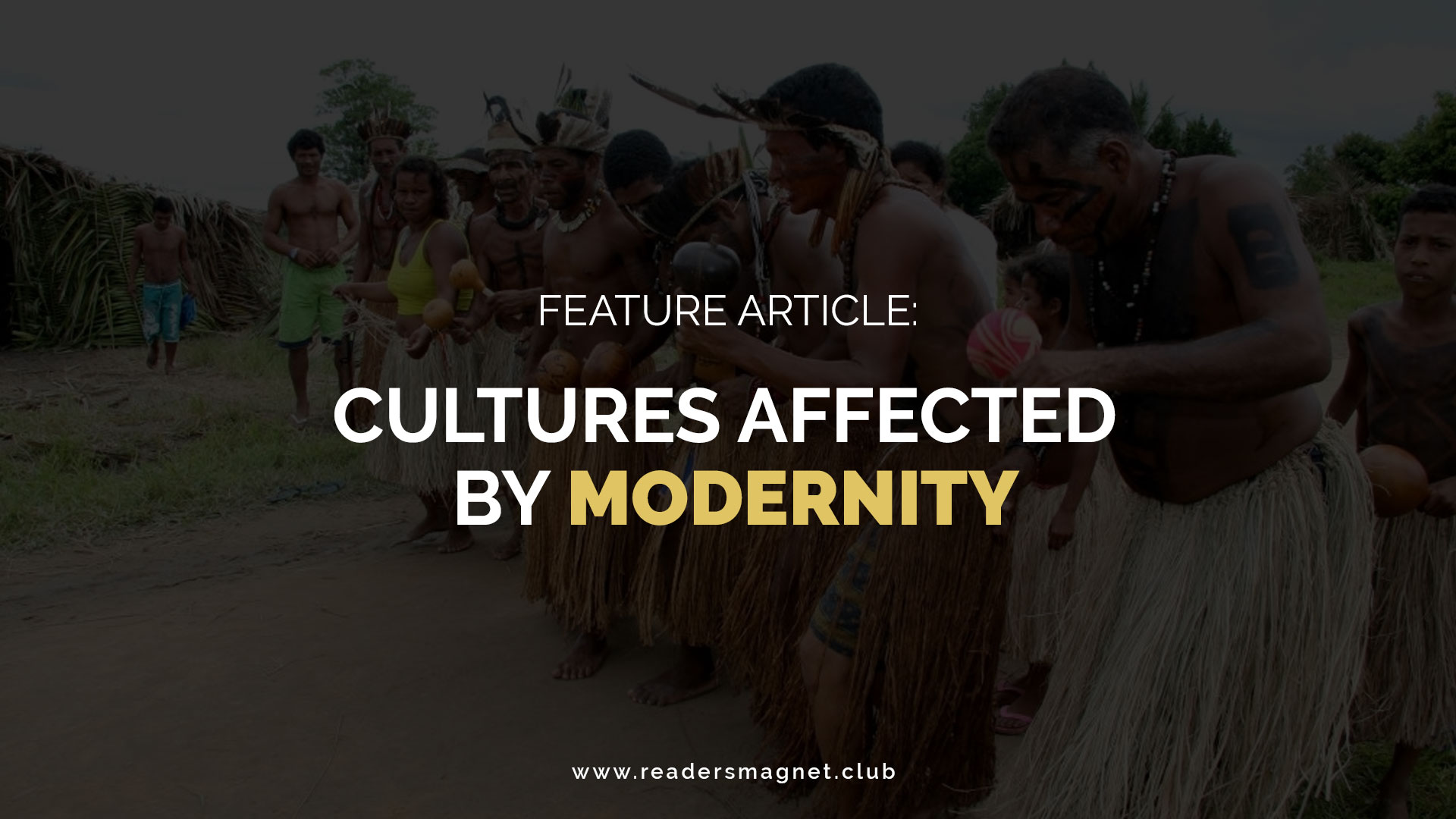 With the world spinning towards modernity and technological advancements, some cultures and traditions are sidelined or, worse, threaten to be obsolete with the marching of time.

Culture and tradition define a people, a community, or even a nation. Culture, which includes faith, religious practices, and ceremonies, is in many ways sacred and must be preserved at all costs. But the with the dawn of technology, economic progress, political changes, and the ever-changing demands of time and survival somehow threaten many traditions and cultures that have stood for millennia. Some of these threats are subtle, and some cultures have tried to adapt to the changing times to survive or save a fraction of what was once rich and essential for their race, belief system, or even economy.

In many parts of the world, ancient cultures have clashed with modernization. Either by chance or by decision, some of these age-old practices have been abandoned, ignored, or left to swim in the tide of modern living. One example is India’s reverence for cows (Hindus do not worship cows but hold these animals in sacred and deep respect). India is a nation of Hindus, and thus they treat cows as sacred animals. They offer flowers and food to cows, but they do not take them in as pets or domesticate them in their homes. In the book Holy Cow! by Nicki Geigert, a travel book about cows in India, we learn that many cows are not fed well and are left in the streets. And cows in the modern streets of India have caused accidents and even fatalities. If it were in the old day, these cows might have been cared for in areas with no cars, buildings, and crowds.

In other culturally rich countries like Japan, China, South America, and even in advanced countries, cultural changes and adaptation have been observed in the past few decades. Japan is a perfect example of a nation constantly moving forward while affirming ancient tradition, heritage, and values. Despite these, many young Japanese are adapting to modern lifestyles as well as Western values. In China, the fall of Communism has opened new ideas and practices to Chinese people, especially those born in the 1980s and 1990s. Today’s young Chinese are more liberal and accomodating to modern perspectives and viewpoints. However, both Japan and China are able to preserve their language, which is quite impressive. In Latin American countries, there is a constant flow of ideas coming from North America and Europe. These may one day affect their culture, especially religious traditions and ethnic heritage.

Religion is among the cultural elements affected by the marching of time and the advancement of modern ideas and technology. From the Abrahamic religions (Judaism, Christianity, and Islam) to Hinduism and Buddhism, modernization has affected their practices, traditions, and in some ways, their worldview. The geopolitical wars, migration, inter-marriages, technology, recent discoveries brought by natural sciences contributed to the constant changes and adaptations. Needless to say, it has also changed its practitioners. Many Christians and Catholics have abandoned dogmatic practices and embraced practicality and objective truths while maintaining their faith and Christian values. In many ways, the wars in the Middle East have opened the eyes of many Muslims on their interpretation of the Quran. Many have frowned upon fanaticism and embrace a more moderate approach to the teachings of the holy book.

Overall, modernization and technology are crucial elements in the changes that we are now seeing in the culture, tradition, and values of many people from different ethnicity, background, and geopolitical locations. We can only hope that culture and modern ideas can work alongside each other, preserve what is beneficial to humanity, and abandon what is barbaric, dogmatic, and detrimental to our survival.